March 27, 2005:  Easter Sunday and all local Ace Hardware stores were closed.  I picked up some 6-32 Nylok nuts at Lowe's to secure the other wing tip marker light, but that will be in a later session.  I worked on the wing tip lens around the marker light for the left wing tip.  I removed the light fixture and cleaned the brown marker ink off, then put in the two 6-32 platenuts that will hold the lens in place.  No picture of that since you saw the clecoes in the same position in the last photo on page 107.  I measured out the location where the wing tip ribs were supposed to go and realized the the wing dictates where the ribs go to provide the same height as the end rib in the aluminum wing itself.   You can see where I have drawn the suggested location of the rib, then changed it to meet the actual needs of the wing.  The photo below is the trailing edge UNDERSIDE of the wing tip next to the aileron location. 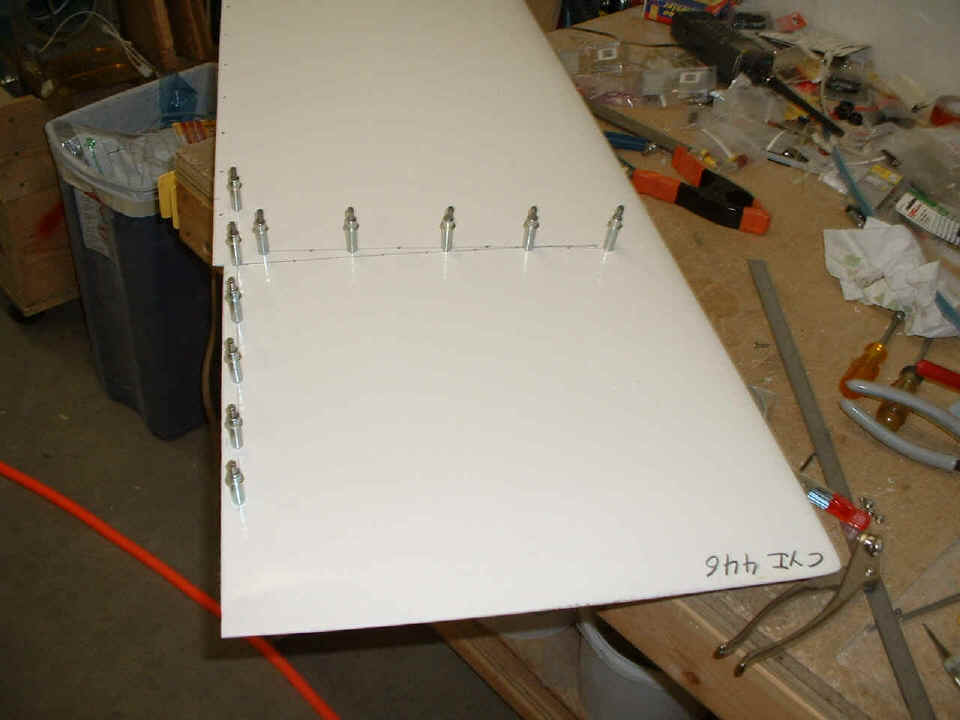 Here is a view of both ribs as seen from the inboard edge of the fiberglass wing tip.  When I was getting this thing ready, I only drilled the holes on the underside of the rib W916L, then put the whole thing on the wing to check the alignment with the aileron.  While the wing tip was attached to the wing, I match-drilled the first hole on the "top side" of the W916L rib with the fiberglass skin tensioned to align with the aileron. 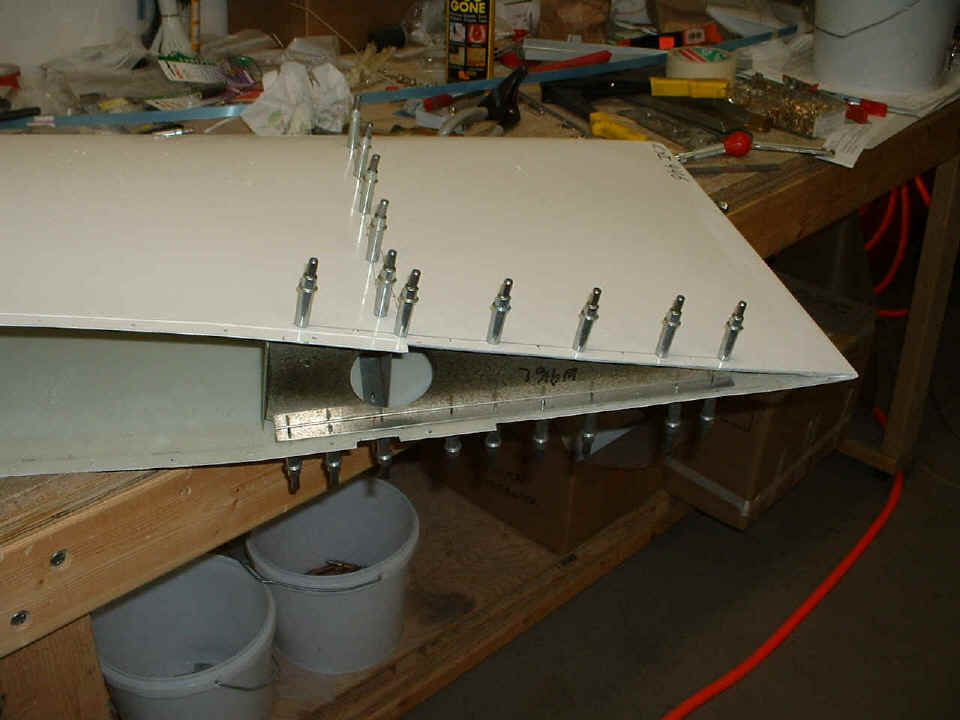 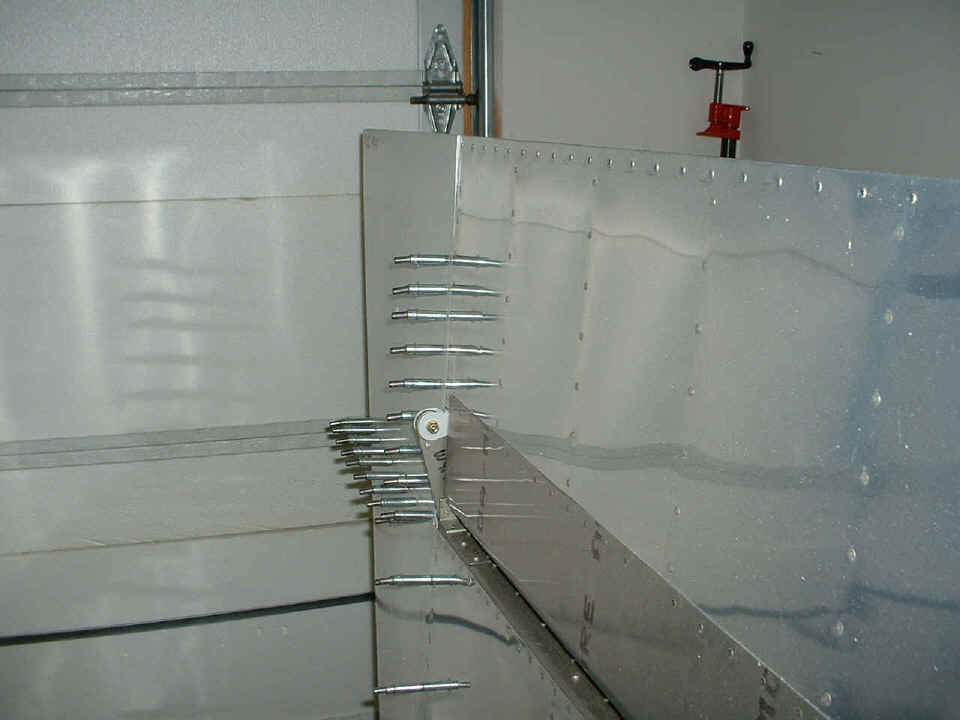 This is the other view of the wing tip/aileron alignment.  It looks pretty good on this side, but it is not "perfect" at this time.  I will have a chance to bring it in to a closer alignment when I put on the wing tip platenuts and screws from the wing-tip kit I ordered from Cleaveland online this morning.  I don't expect those parts to show up until late in the week. 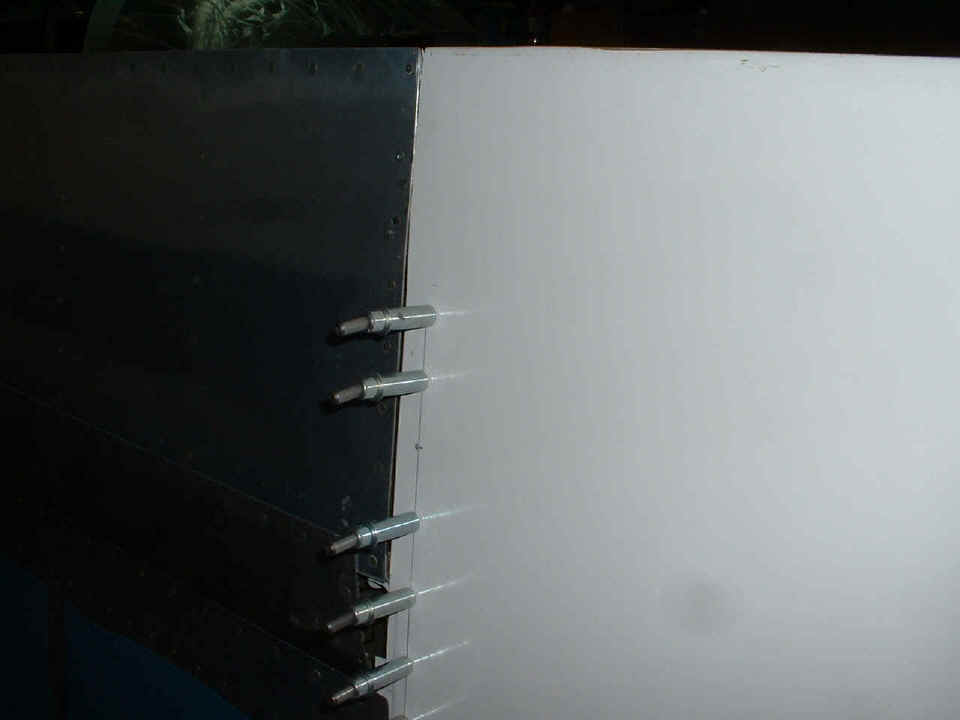 March 28, 2005:  I put in 5.2 hours today finishing up the left wing tip, then starting the process for the right wing tip.  The left wing tip now has both aluminum ribs riveted in place inside it.   The marker/strobe light assembly is in place, and the clear lens is secured with two #6 screws. 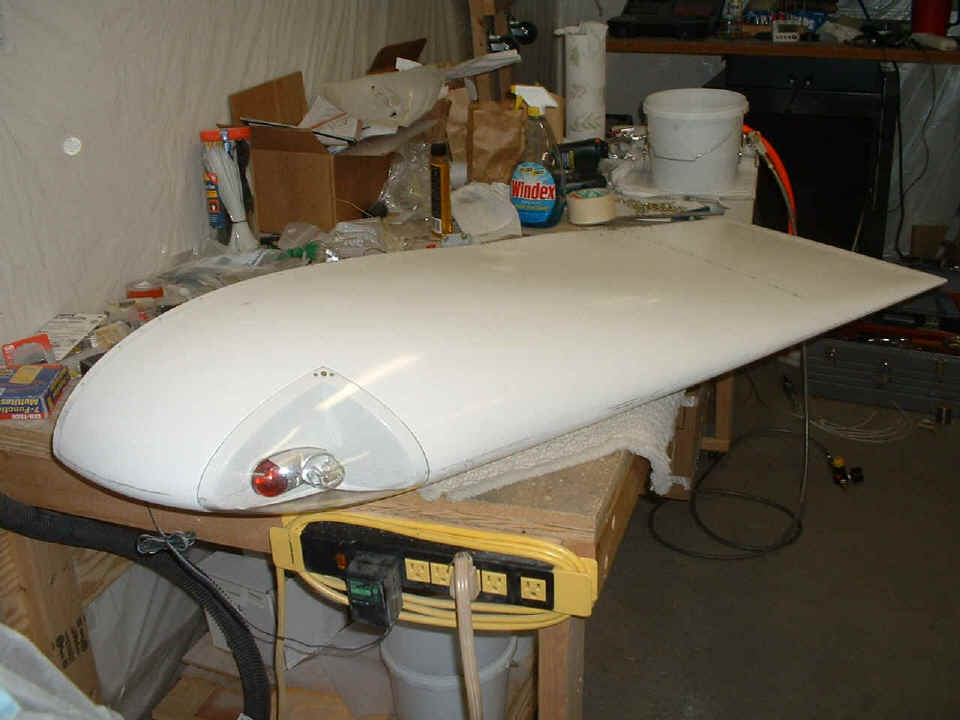 The aileron for the RIGHT wing was put in place and aligned with the extended chord line using my jigs.  This was a cool day with rain, so the deed was done indoors with the garage door wedged shut around the edges. 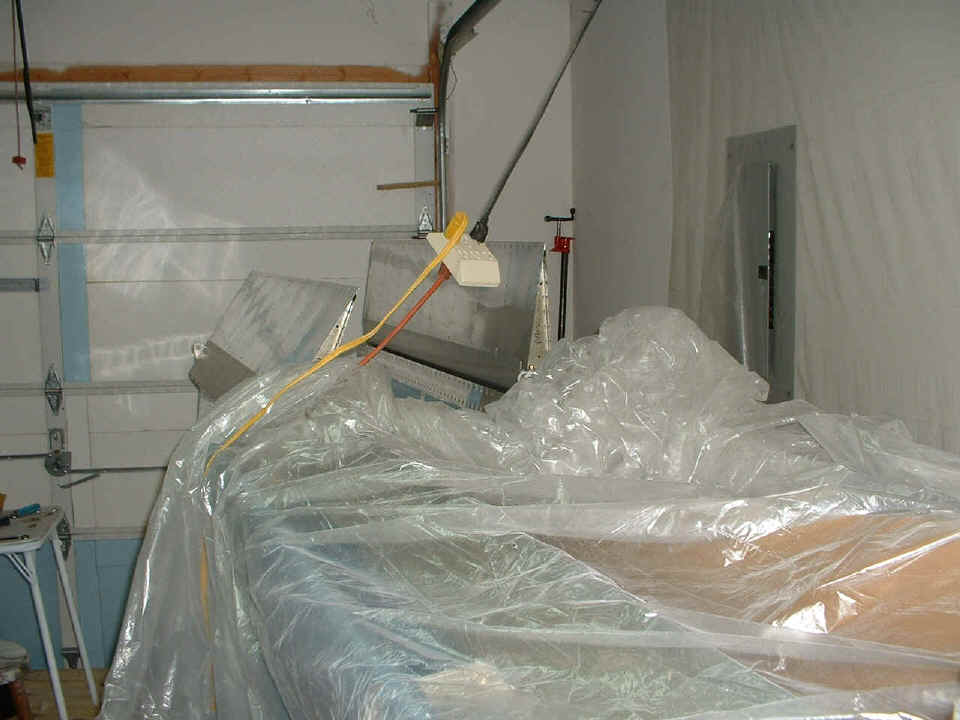 I began the work on the RIGHT wing tip by cutting the clear lens to size and putting in the platenuts to hold it, then proceeded to install the Whelen marker/strobe light fixture.  The marker lights on both wing tips now have 2-pin Molex connectors installed and ready to be connected when the wing is fully assembled. 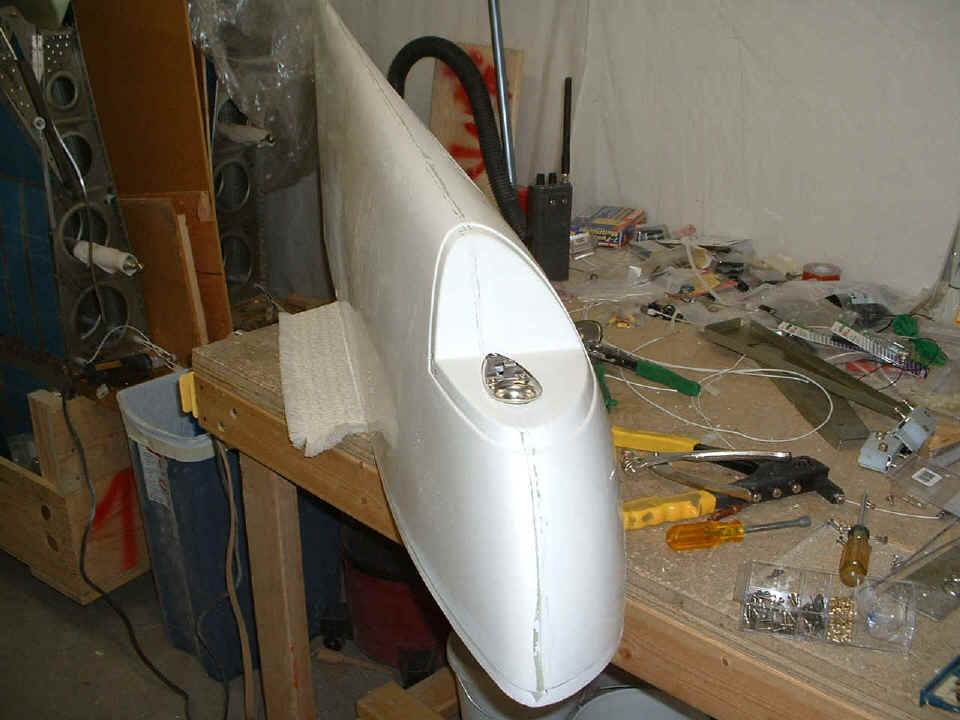 The commercial web server that hosts this site went down for maintenance this morning and was not fully resolved when it came up this evening.  The hit counters on the various pages are not working as I post this update.

March 29, 2005:  Morning report:  I think everything about the web site is now back to normal.