August 20, 2005:  I followed Wendell as he flew his Cessna 182 over to the fly-in at the Moontown Airport (3M5).  This photo shows us approaching the Tennessee River near Scottsboro, Alabama.  Wendell's 182 is visible at the left side of the photo.  I did not notice that "bird" in the photo in line with the river bridge.  I thought it might be a bit of bug on the windshield, but it does not have the smear like the one up and to the right of Wendell's 182 in the photo.  If it was a bird outside, it could not have been more than 30 or 40 feet from my airplane as I passed by.  We did see several birds along the way since Wendell preferred to stay under the clouds rather than fly around them up at 6,500 feet where the air was cooler. 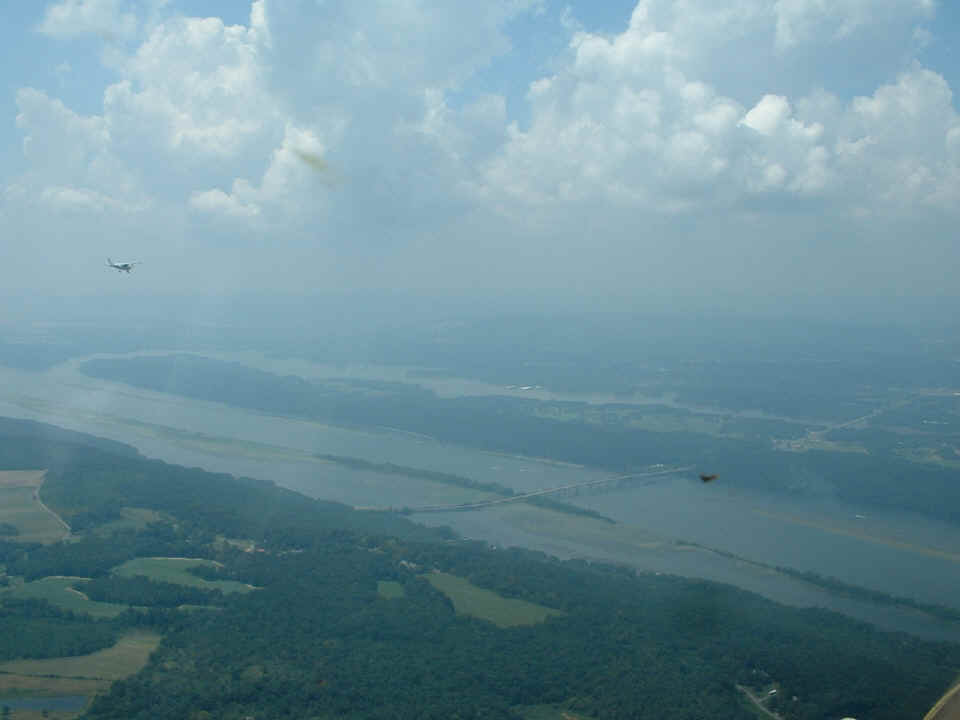 Here my first shot of the flight line at Moontown.  The temporary "control tower" was set up by the local EAA chapter to "assist" with the air traffic flow since this is an uncontrolled field.  When we arrived, they called out the other traffic departing the pattern as we were entering.  It really helped us locate the other aircraft. 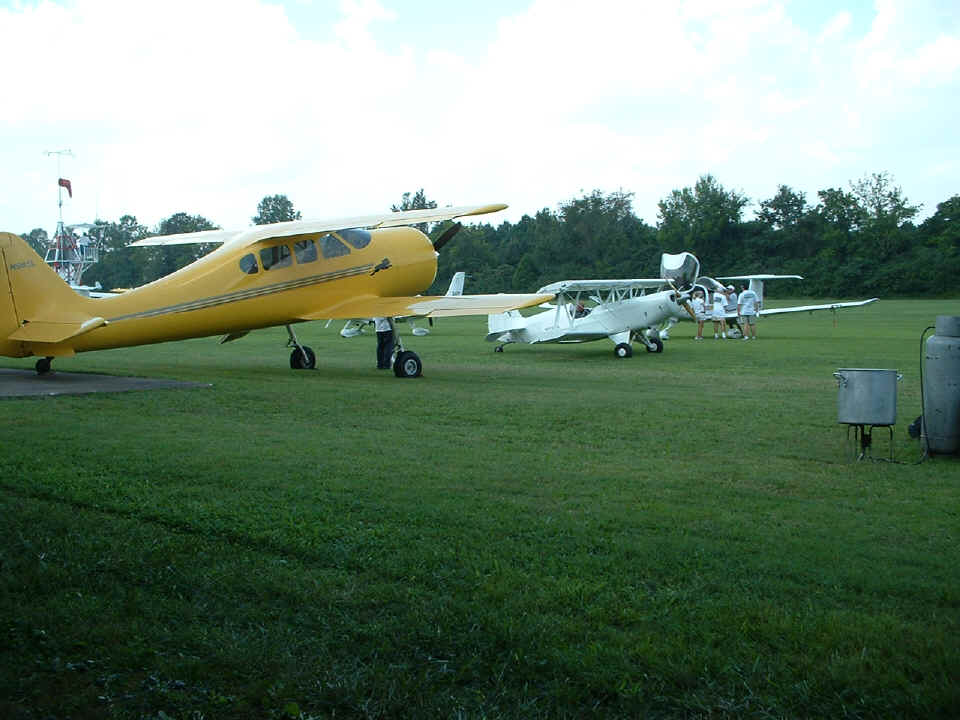 John Von Dohlen came down from Nashville in his RV-9A.  He has prepared all the fiberglass with primer and filler to minimize the work for the paint shop.   His white primer covers the natural green colors of the cowl and spinner.   Wendell pointed out the rare "trike-gear" version of the red and white Aeronca Champ parked further down the line.  We were walking along by some hangars later when we saw a larger Aeronca Sedan four-seater tail dragger (sorry, no picture of that one). 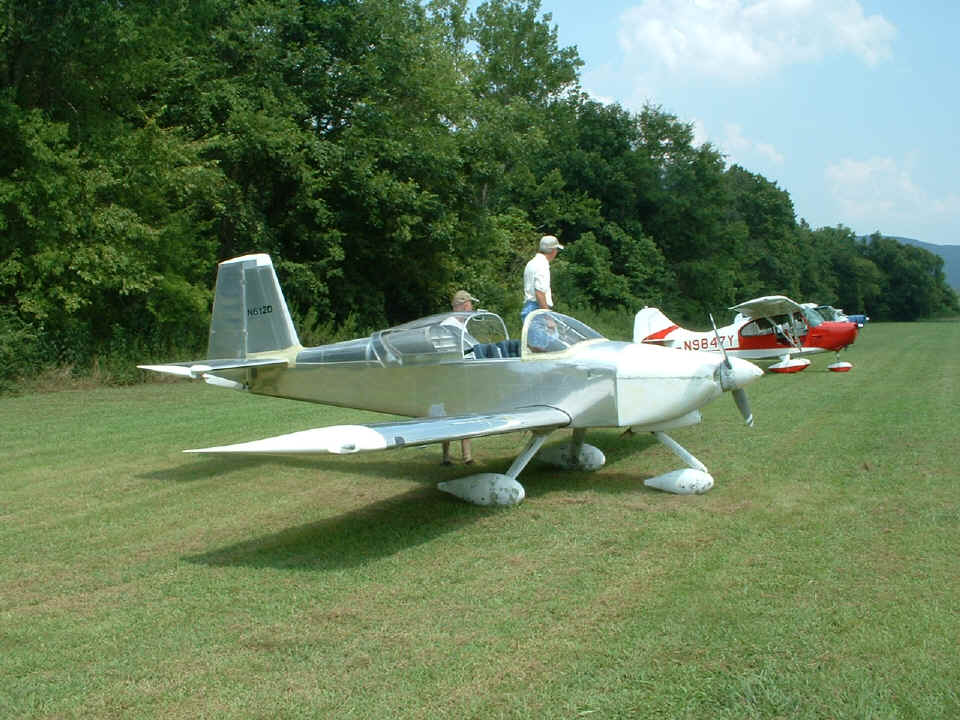 This is the other side of the Griffon Aerospace Lionheart.  This is what a Beech Staggerwing would look like if it were built with modern composite materials and a new Pratt & Whitney R985 radial engine.  The interior is all leather with seating for six.  At the left side of the photo is the food concession of the local EAA chapter and the FBO building beyond that. 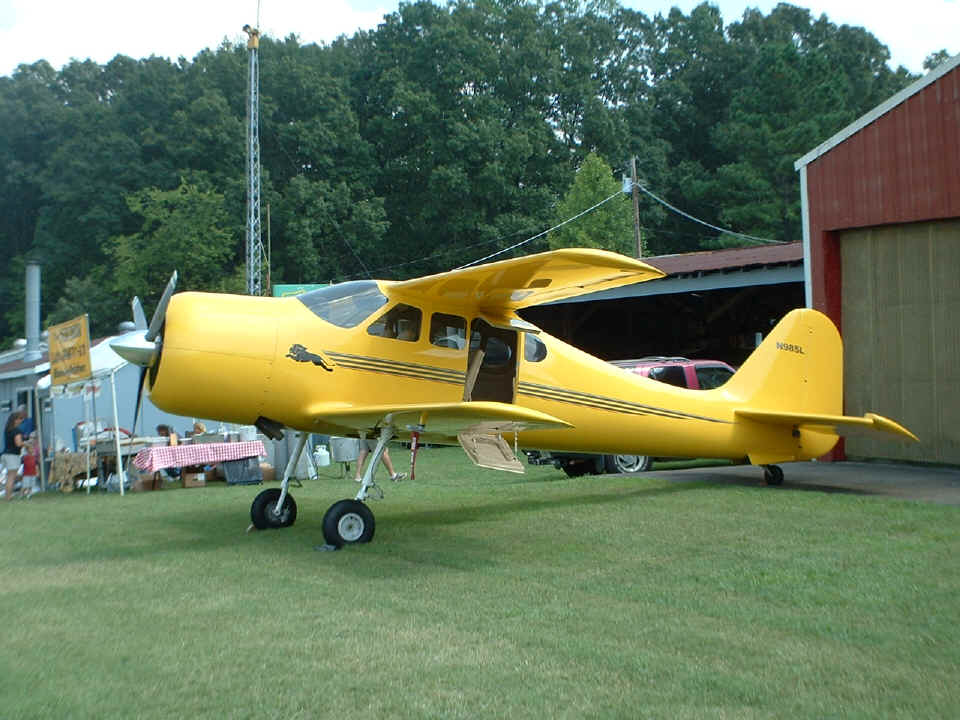 The pilots in this area have been buying a number of Russian-designed airplanes.  The very large size of this Antonov AN-2 reminds us of the type of rough field flying that was everywhere in the 1930's.  You also get a better look at the "control tower" spotters who assisted with aircraft safety at this uncontrolled airport.  There were also a number of glider flights towed by an AG-Wagon crop duster while we were there. 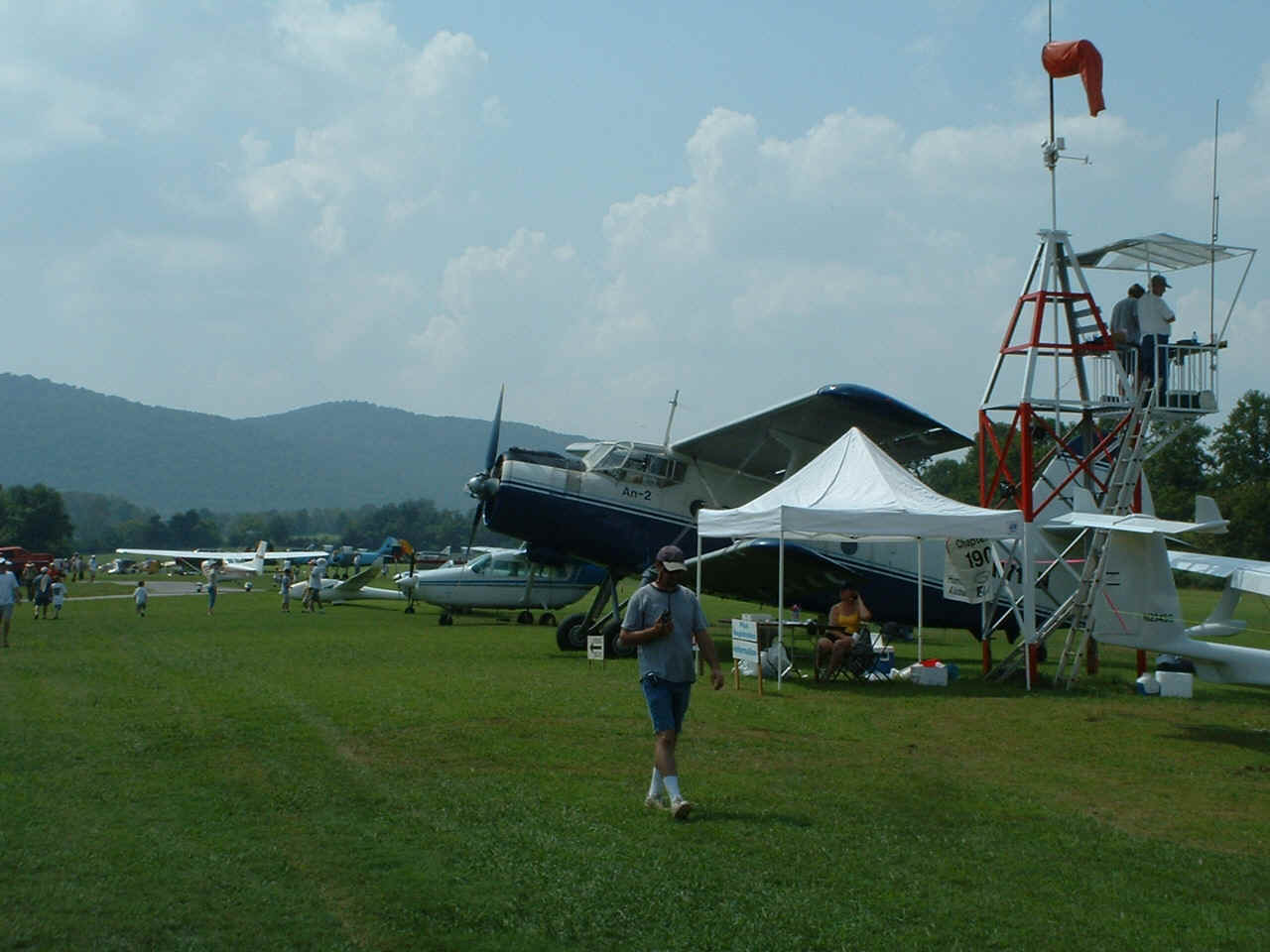 This flight line photo is looking EAST showing Wendell's 182 and my RV-9A at this end with a number of YAK trainers.  There were both Russian and Chinese versions of these airplanes flying at the event.  They gave a nice formation flyby performance.  I took this picture as they were starting engines before takeoff.   One of the locals said they were buying these planes in the crate for around $18,500!  The engines turn the opposite direction from ours, but they still fly smoothly.

The heat was really ON for this event.  The temperature was over 95 degrees F!  When I got in the airplane to taxi out for takeoff, my headphones were so hot, I had to hold them up in my propwash after engine start to cool them enough to put them on my head.  The Dynon unit announced OUT OF TEMP SPEC and displayed only in BLACK and WHITE until I got up to cooler altitudes on the way home.