July 21, 2007:  Day TWO begins from Mitchell, South Dakota with this shot of the airport ramp area after lifting off from runway 12.   That tree at the mid-point of the ramp is the same one seen in the photo near the bottom of the previous page.   It is now 9:45 AM EDT / 8:45 CDT. 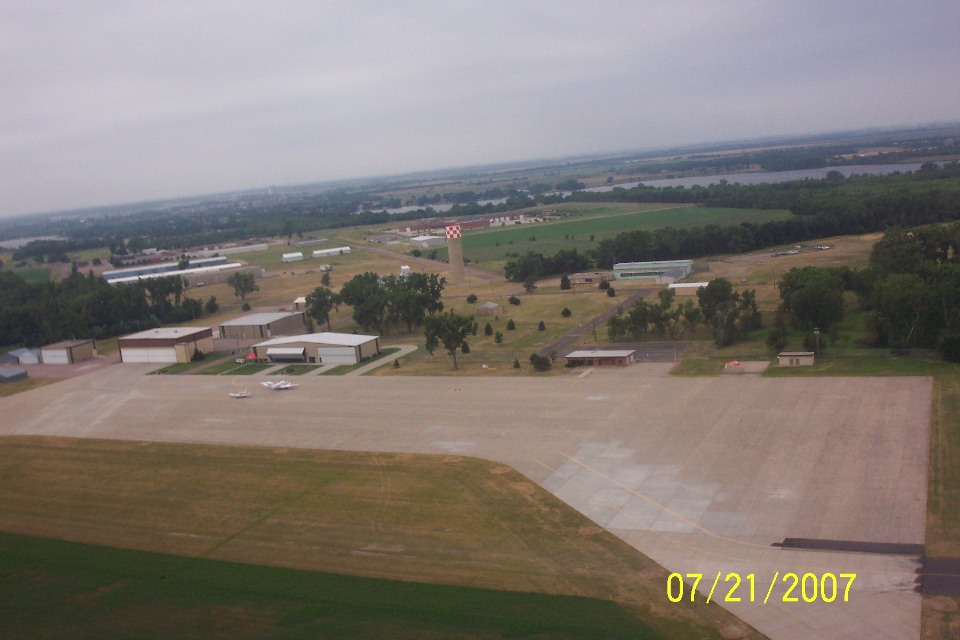 That is one of many Cabela's Outfitters stores across the USA.  This one is located on the south side of Interstate Highway 90, south of Mitchell, South Dakota.  Their web site shows 19 stores open nationwide with another 14 to open soon.  This store is the national headquarters for the company.  Wendell and Terry went there yesterday afternoon/evening when they were out to get dinner. 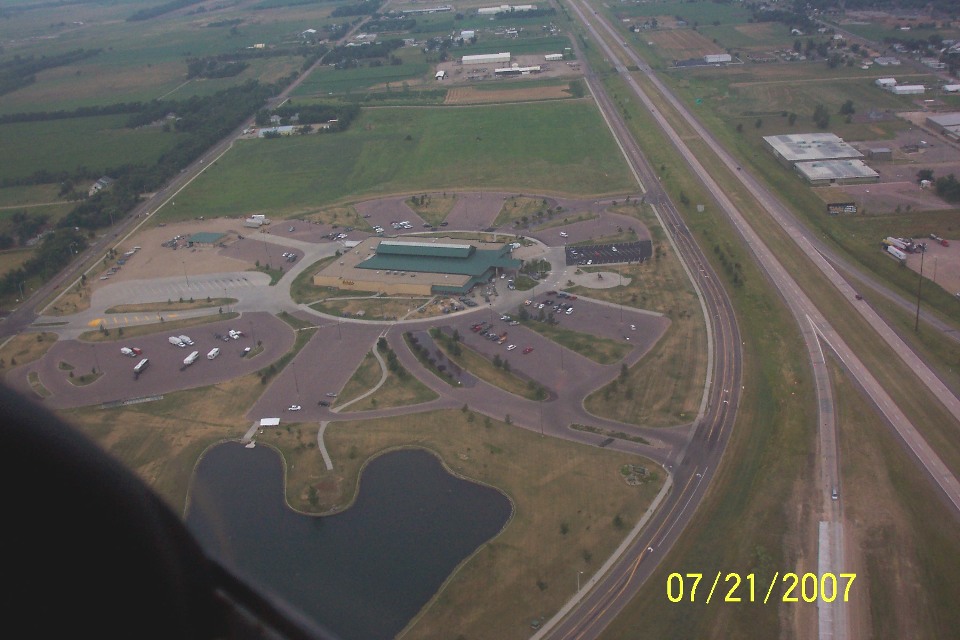 Here is a view from the south side of the building before a westbound departure. 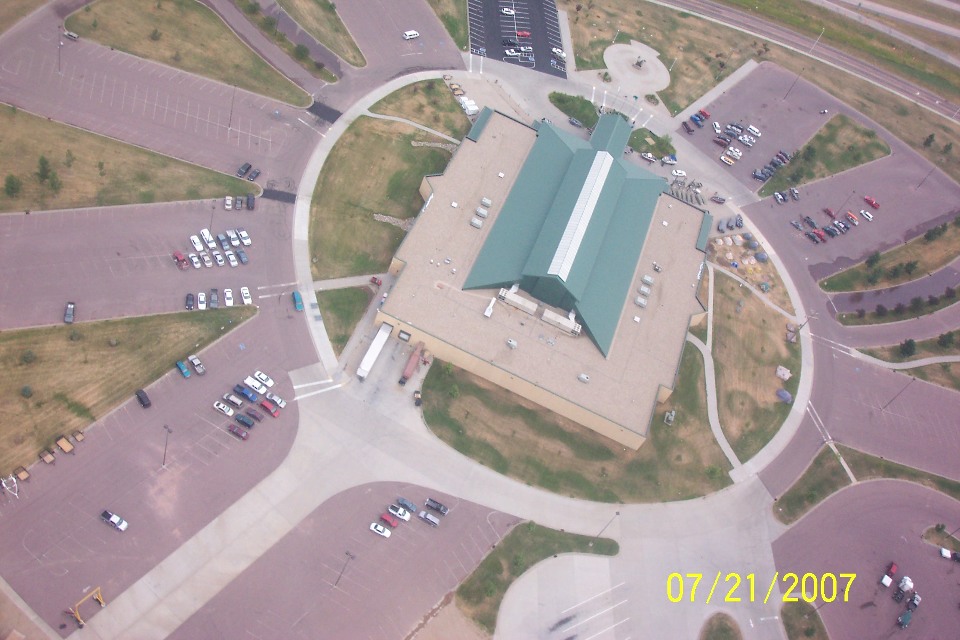 The next leg of the trip will be following along with Interstate 90 going due West.  The time is 9:50 AM Eastern / 8:50 AM Central Time. 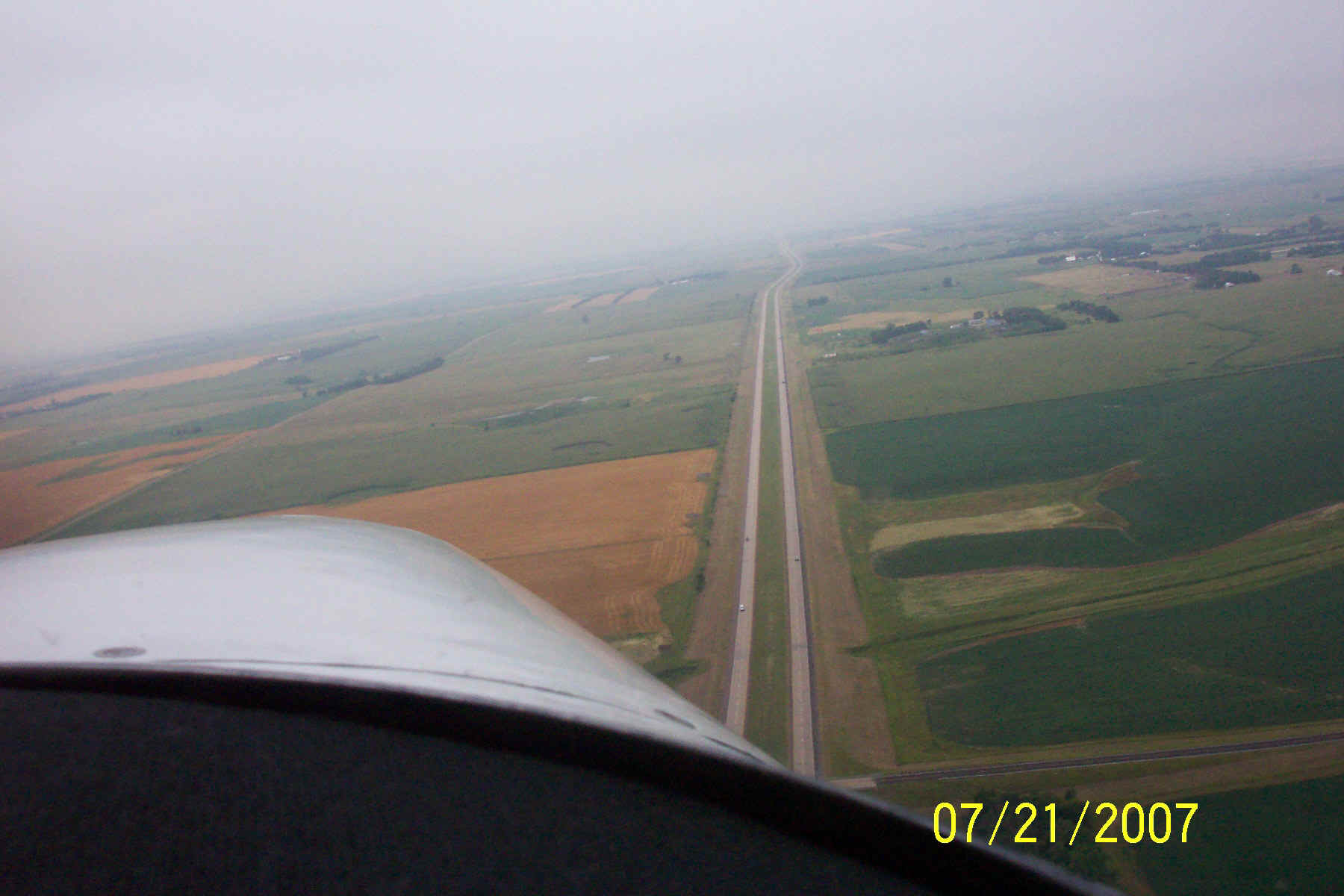 This shot was taken at 9:42 AM Central Time about 3 miles SW of Vivian, South Dakota looking west.  I-90 is about 2 miles north of this location, also running west.  That is why you don't see it in this picture. 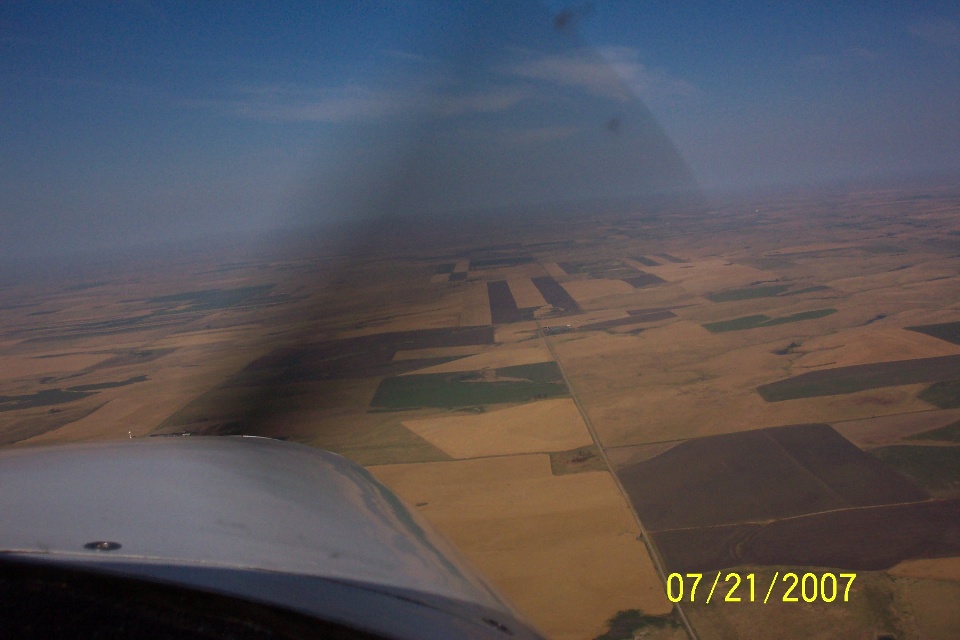 Terry took this picture about half way between Stamford and Belvidere, South Dakota.  That is I-90 making a turn due west ahead of the airplane.  The town of Belvidere is just out of the photo on the right side.  The White River is ahead and on the left. 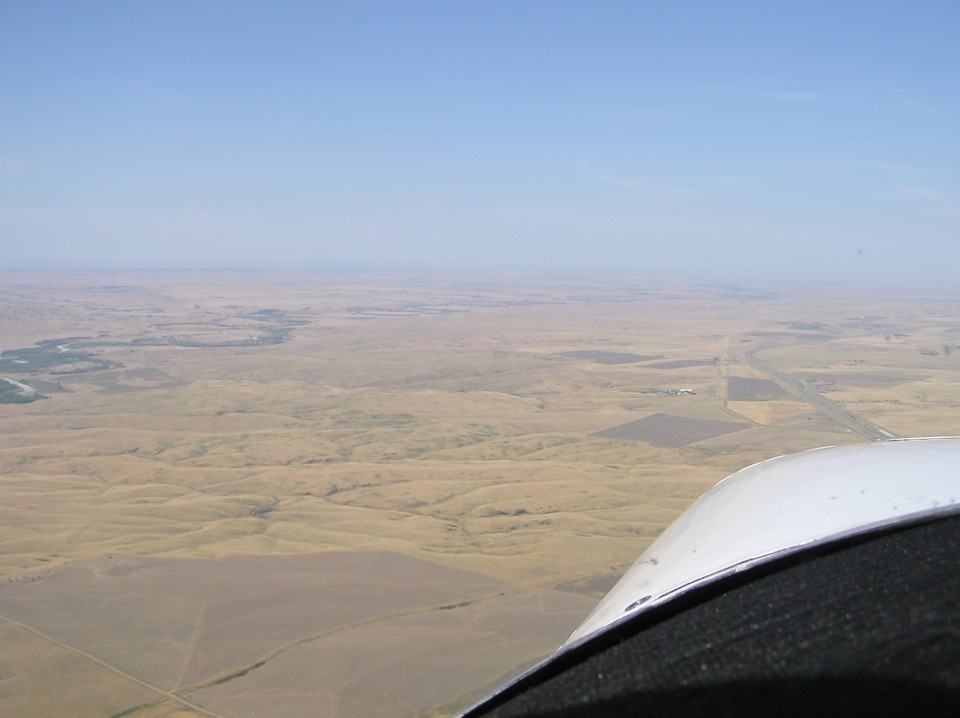 This shot was taken about 3 miles SE of Kadoka, SD at 10:09 AM CDT.  The White River meanders a course through this area.  The Badlands National Park is ahead and the Rosebud Indian Reservation is south of the river (left). 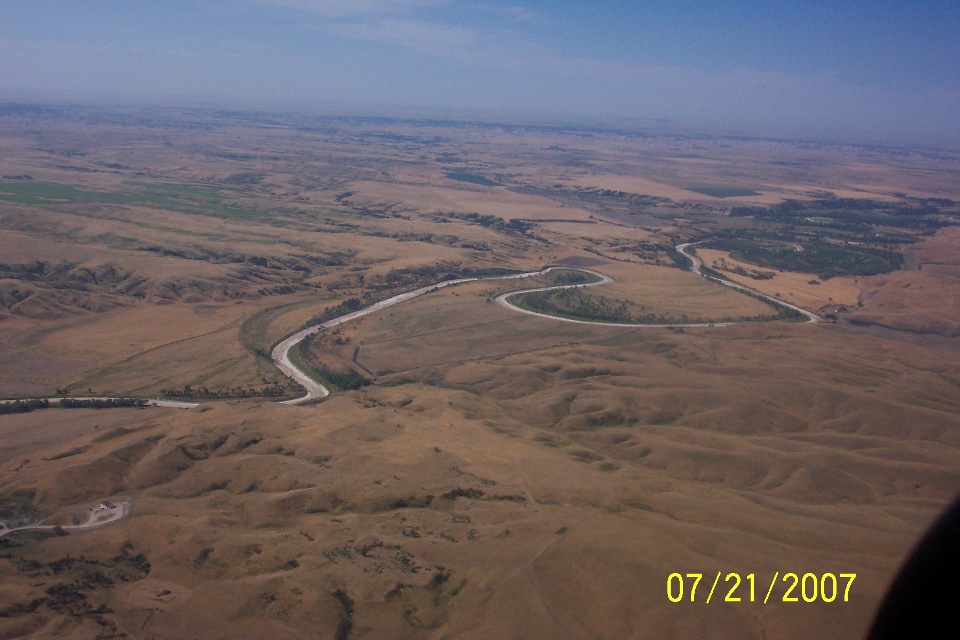 The two pictures above this map were taken in this area of the map of South Dakota.  Neither Wendell or Terry took a picture as they crossed the Missouri River, which is about 100 miles to the East of this location.