July 21, 2007:  Day TWO continues across South Dakota into the Badlands National Park and beyond.  I just had the thought that I should have called this chapter of the web site "Wendell and Terry's Excellent Adventure" or not.  Somehow it just doesn't fit when you change the names from Bill and Ted.  They did have a really good time.  I say that because I have seen ALL the pictures, but it will take some time to get them all posted and to create the appropriate maps when needed.  Be patient, we will get there soon.

Speaking of the Badlands, here is what you see from the air while flying over it.  Wendell just takes snapshots, nothing fancy, but we do get the "BIG PICTURE" of what is out there. 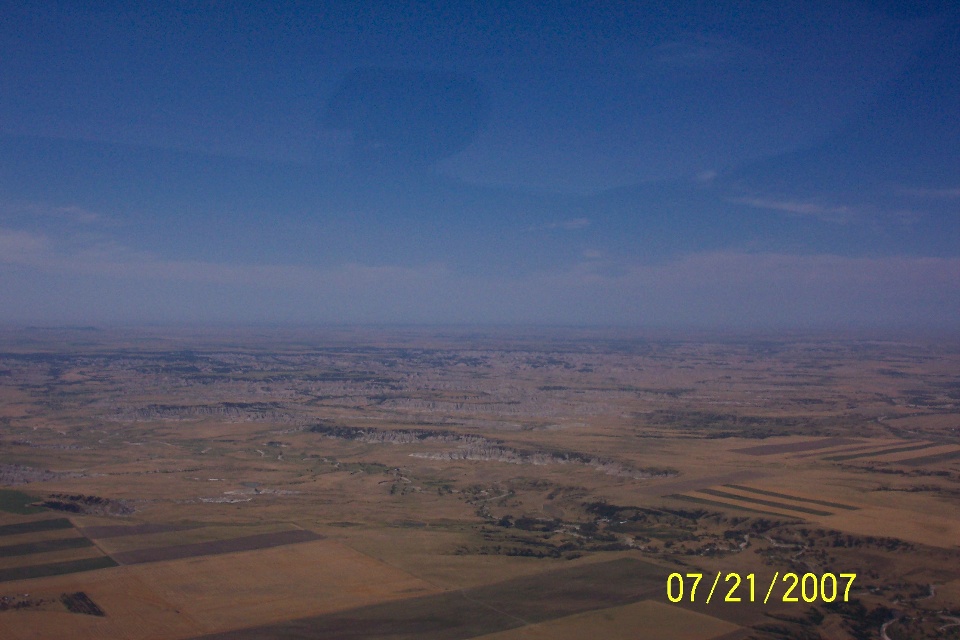 Terry likes to use the telephoto feature on his camera. 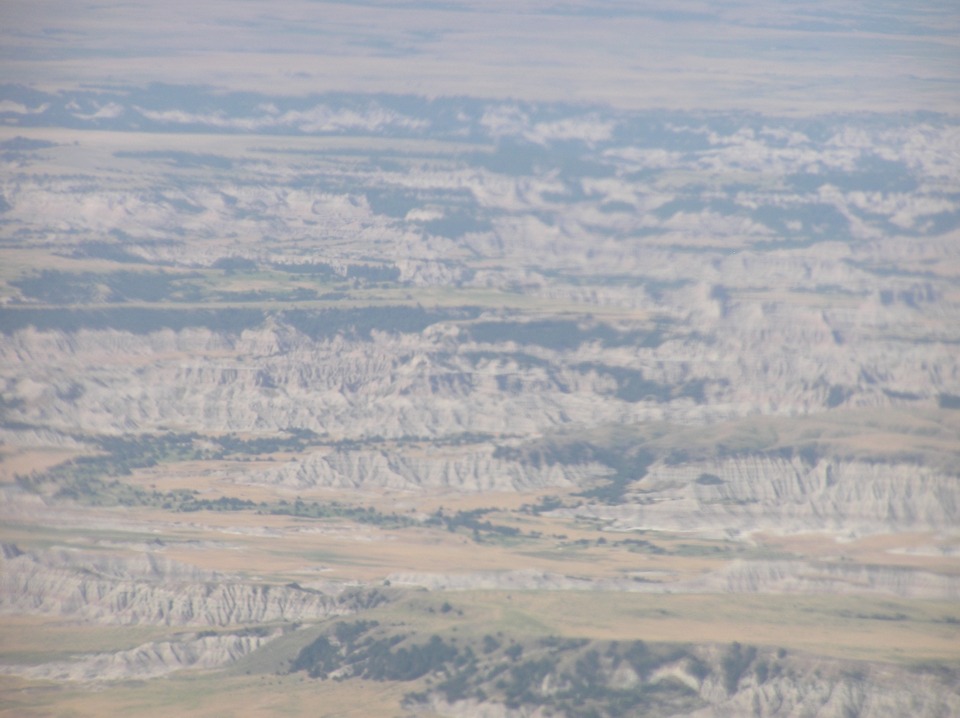 This shot looks northwest from the flight path across the park. 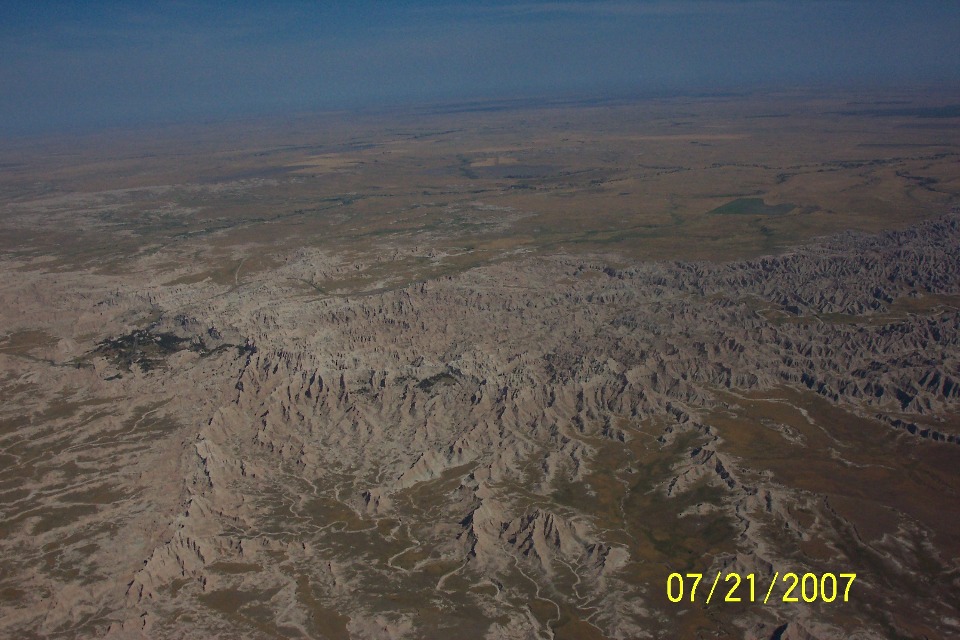 There is a little bit of the human touch down there as Terry has shown us with this photo.  That is the Badlands National Park facility about 1.5 miles north of Interior, South Dakota.  State routes 377 and 240 scenic route converge in this photo. 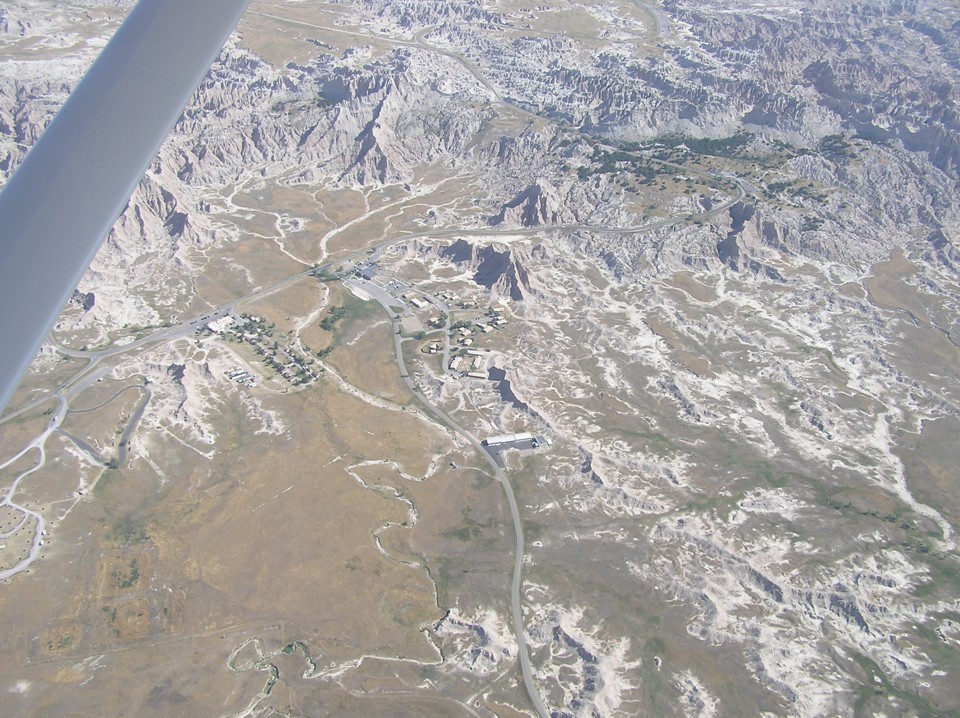 The more I see these photos, I think they keep passing their cameras back and forth to get shots on each side for both of them.  This shot is with Terry's camera looking south. 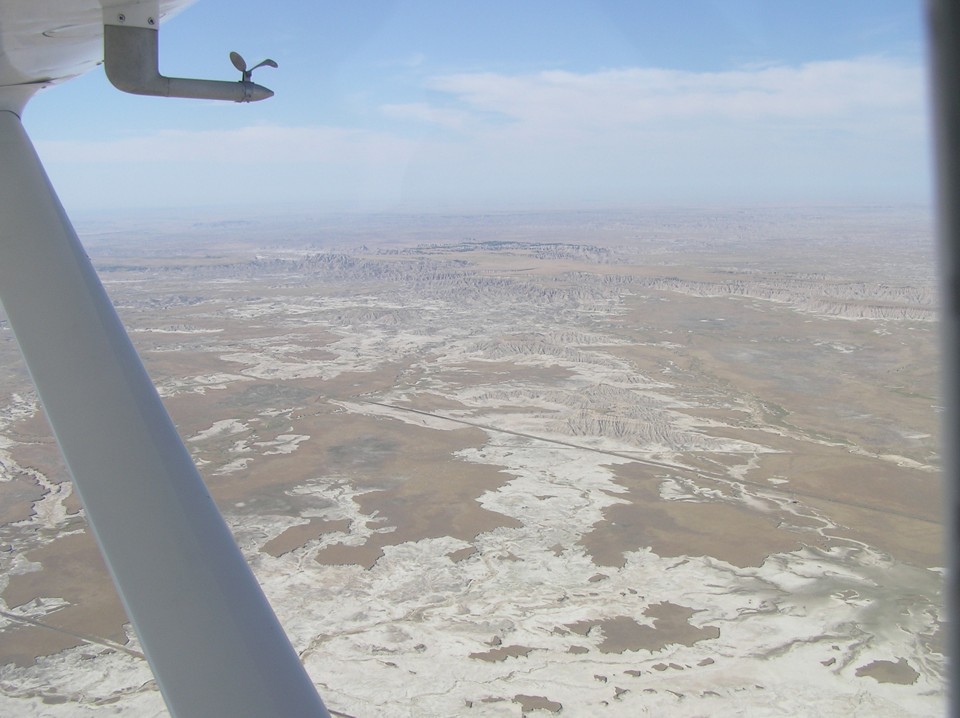 This photo got my attention by the fact that there is a small airport out there on the right side of the flight path.  I finally found it on Google Earth covered with snow in a winter aerial photograph.  It is marked on the Cheyenne sectional as a MODEL AIRPLANE STRIP about 6 nautical miles to the northeast of Custer State Park Airport (3V0).  Google Earth shows the coordinates as 43 deg 47 min 35.11 secs N, 103 deg 14 min 58.30 sec W.  You will find it along the RAPID CITY VOR 210-degree radial on the sectional chart. 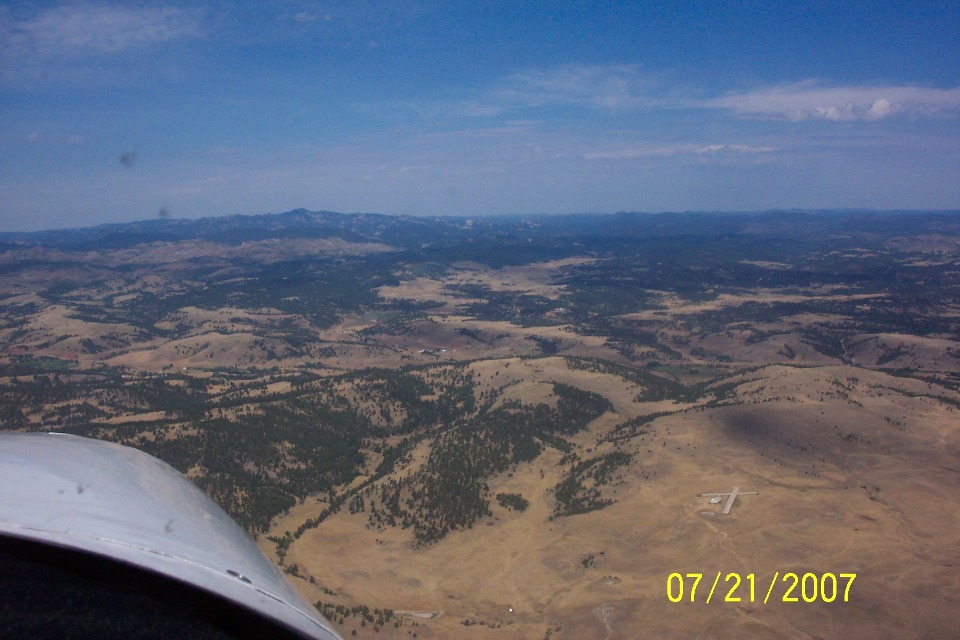 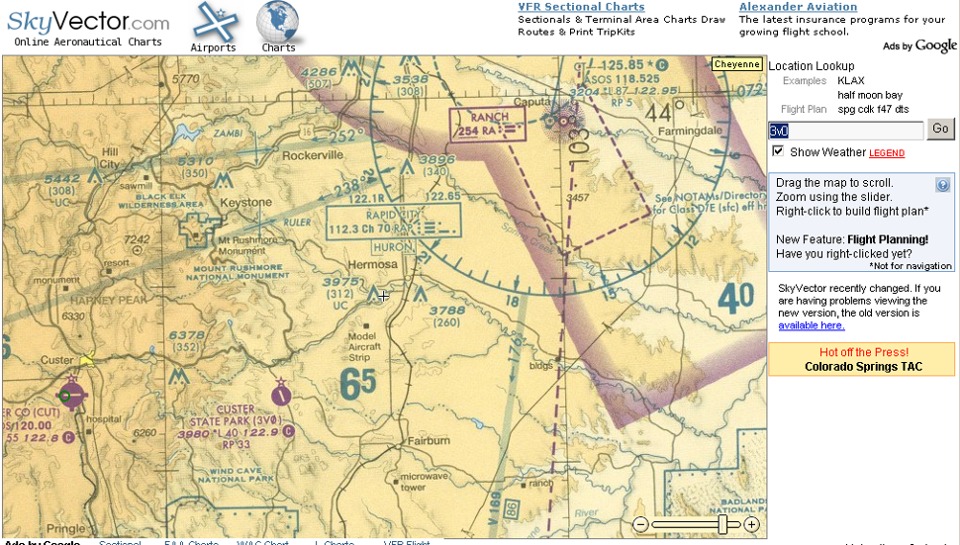 IF you have been paying attention to the photo and the chart segment above, you have probably figured out that MOUNT RUSHMORE is the next major waypoint on today's agenda.  Jump to the next page to see those photos.