July 22, 2007:  Day 3 begins at Great Falls, Montana with a flight plan to cross the Canadian border enroute to Lethbridge, Alberta to clear Canadian customs.  Terry said they got to the airport very early, filed their flight plan with flight service (Macon FSS took the call), then delayed their departure to insure the flight plan would be received by Canadian customs.  There are still some sights to see along the way.   The first GPS data point was recorded at 7:25 AM on the ramp at the airport.   This is the first photo taken by Terry after takeoff looking at crop rotation farming 13 miles west of the Great Falls Airport. Route US 89 is running parallel and north of the Sun River.  The highway is near where the lush green grass meets the open range with its brown color. 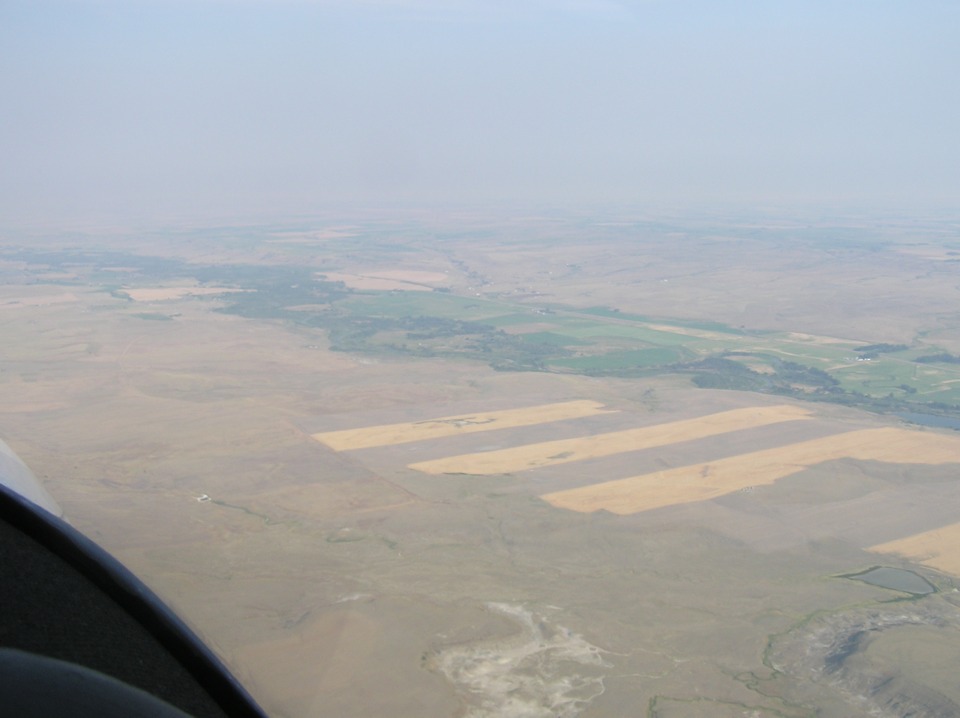 This farmland area is about 15 miles west of the Great Falls airport just north of the Sun River, which is below the airplane and just out of this photo.  The local time when this photograph was taken translates to 7:41 AM Mountain Daylight Time. 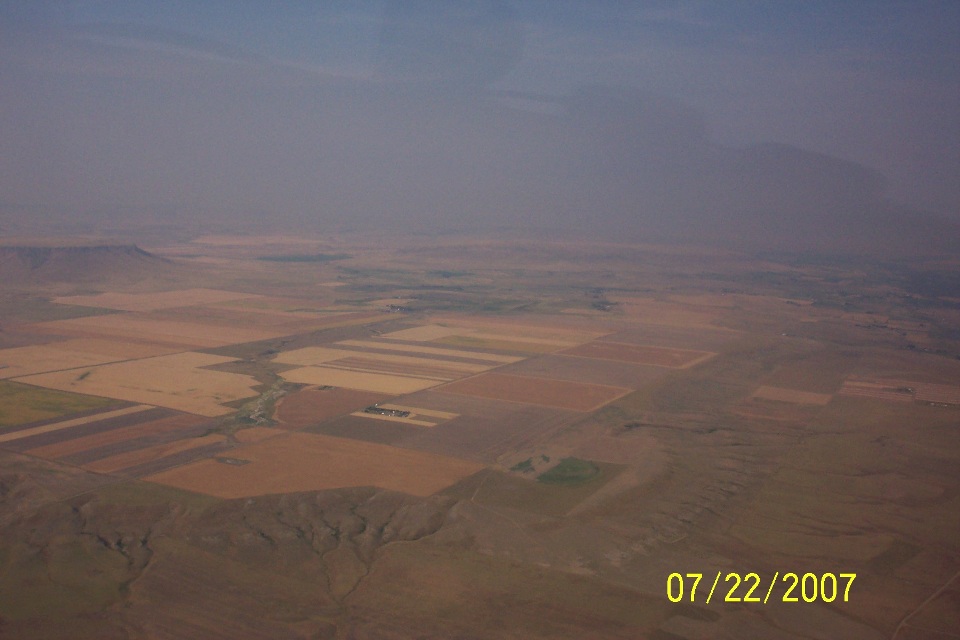 Ear Mountain rises to 8,580 feet above sea level as seen in this photo taken by Wendell at 8:03AM Mountain Time.  It is the first significant mountain along the route today. 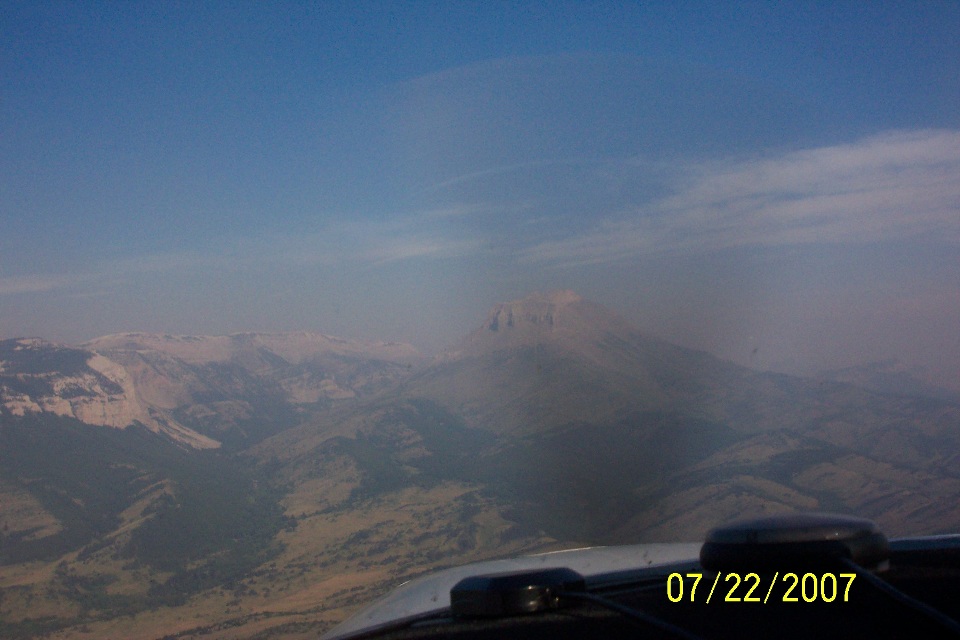 Terry takes his telephoto version of the top of Ear Mountain. 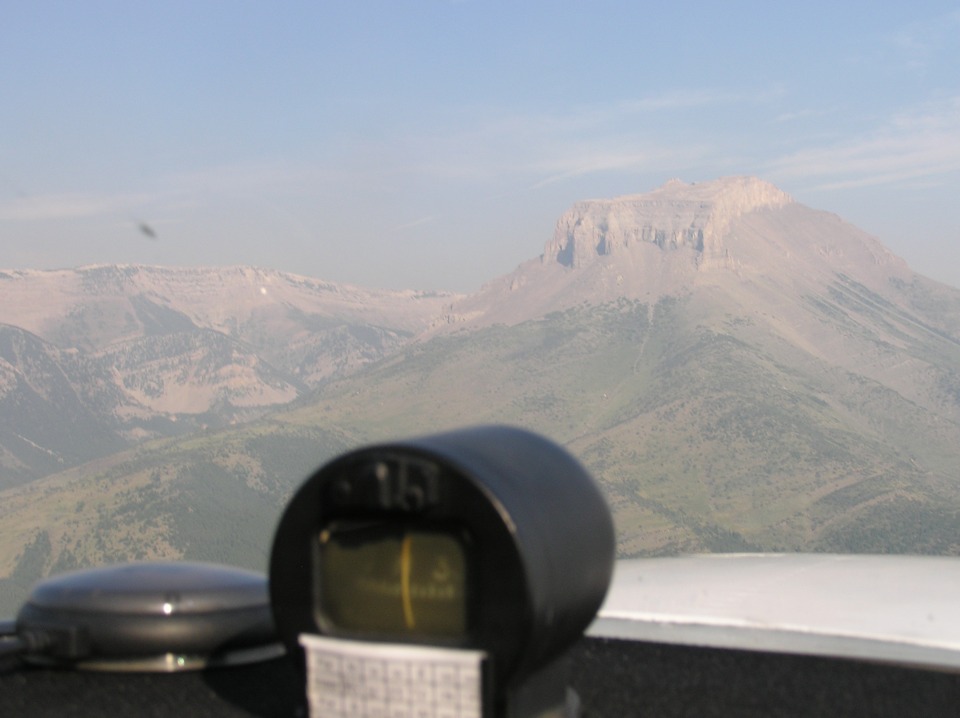 These next two shots were taken by Terry as the Cessna 182 passes within 1.5 miles of the mountain. 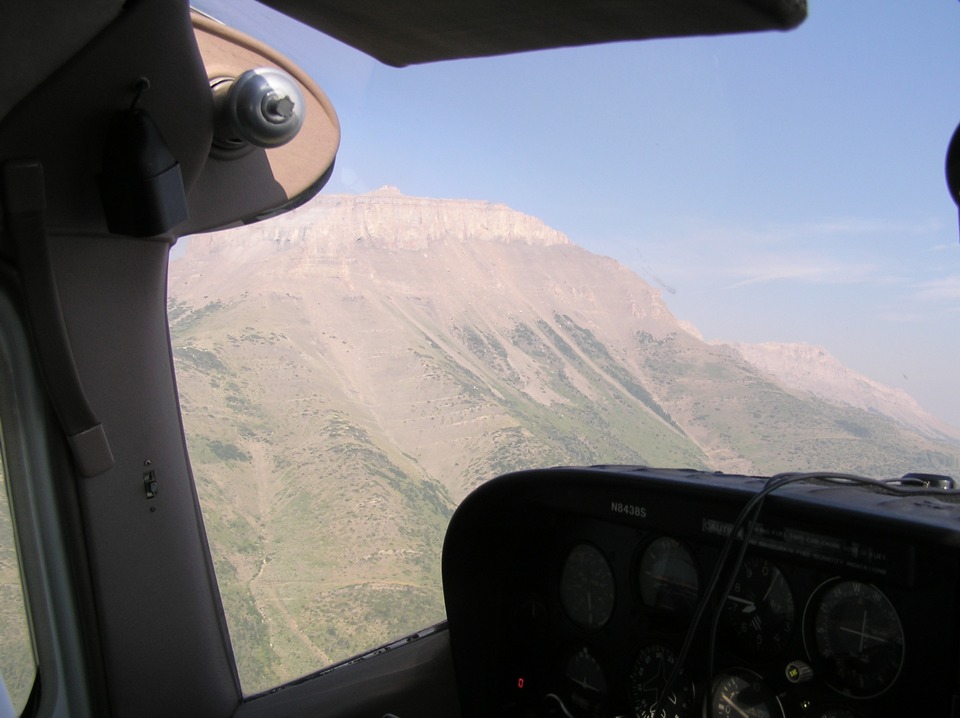 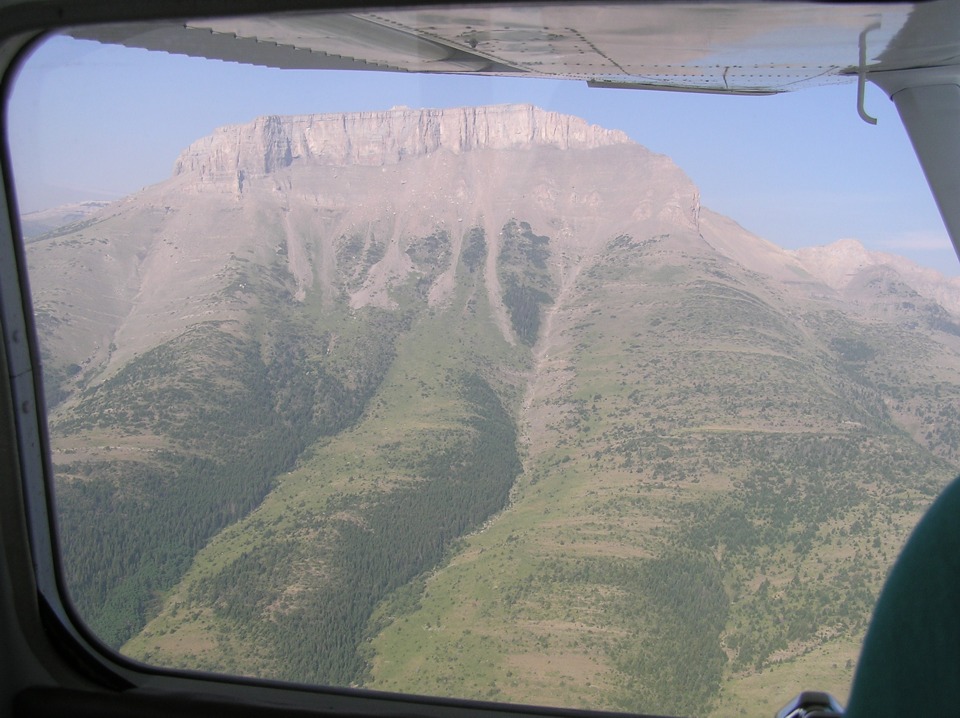 The mountains ahead have names like Mount Werner and Mount Frazier.  There is smoke up ahead coming from forest fires on the western side of this mountain range. 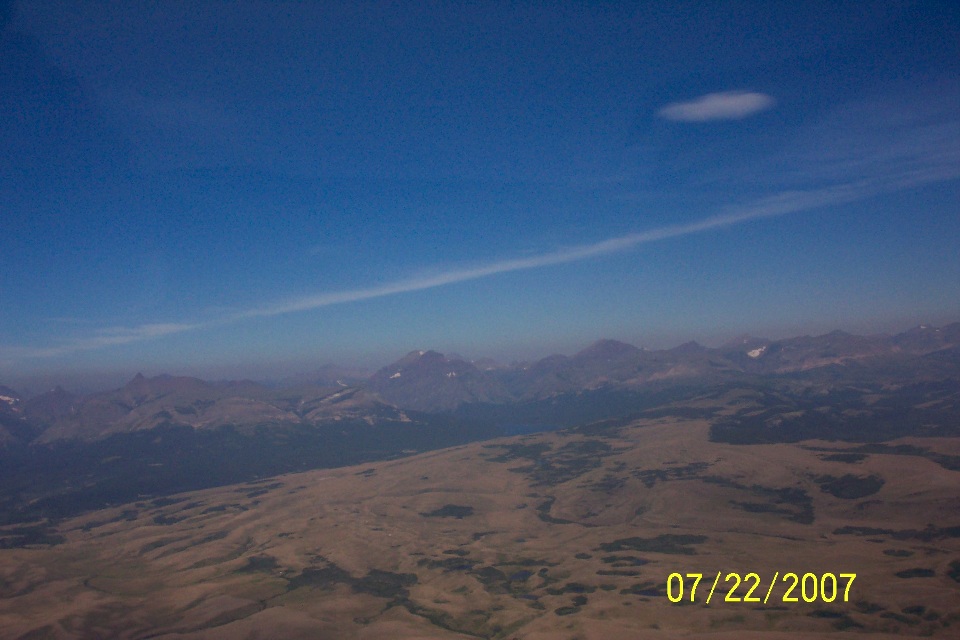 Terry's photo taken a minute or so later shows the ridge that now obscures the lake from view.  And with this shot, we say goodbye to the lower 48 states of the USA and turn on course for Lethbridge, Alberta in Canada. 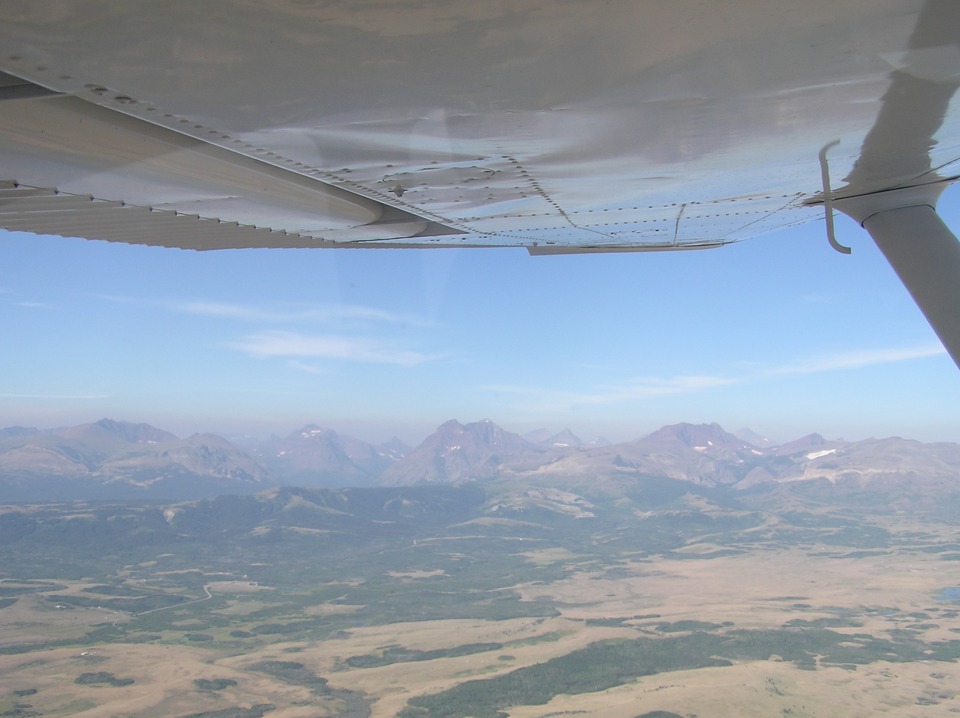