July 22, 2007:  Day 3 continues into Canada with this telephoto shot from Terry of the downtown area of Calgary. 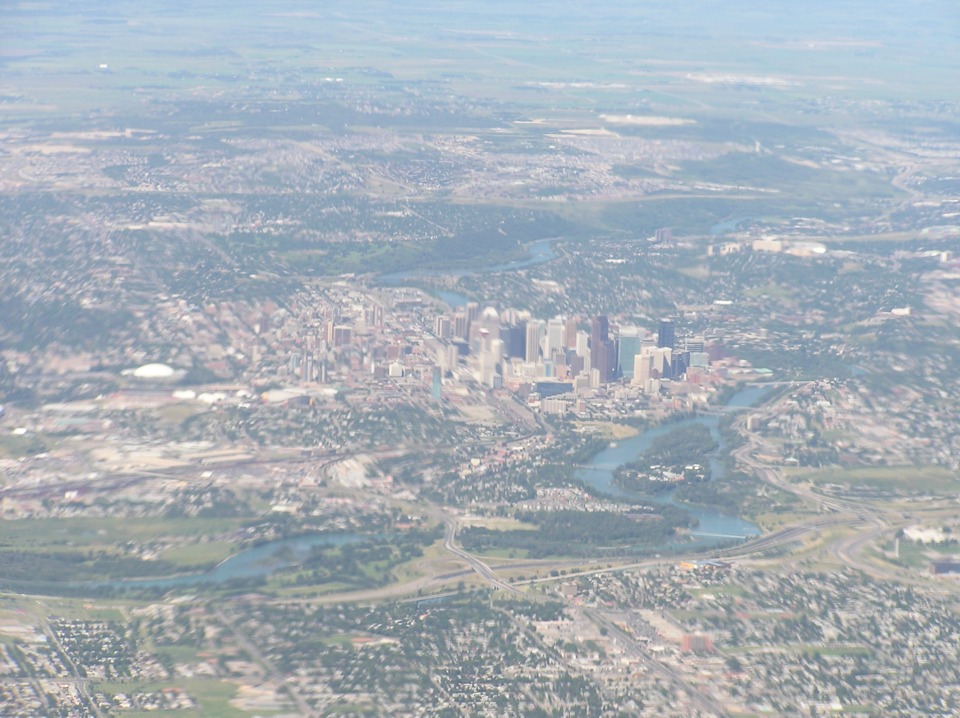 Here he is back to wide-angle mode in the next photo from his camera.  The Canadian Rockies and the weather associated with them is now clearly visible in the distance.  If you want to compare Calgary with a city in the USA, think of Denver, Colorado. 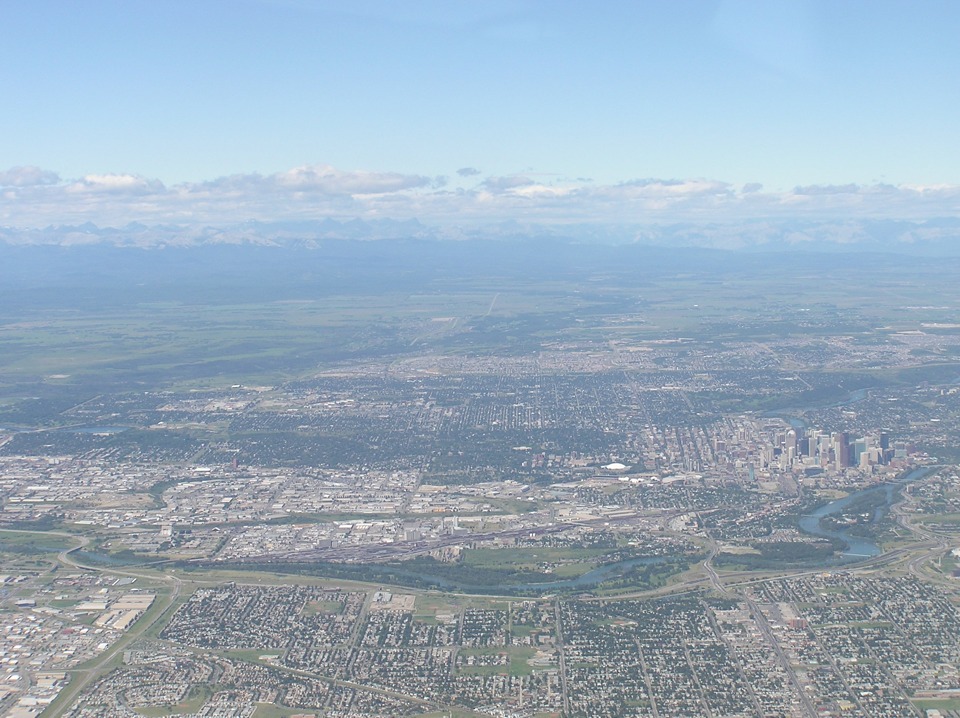 As the airplane approached the downtown area, this wide-angle shot gives the big picture of the city and the route ahead to the northwest. 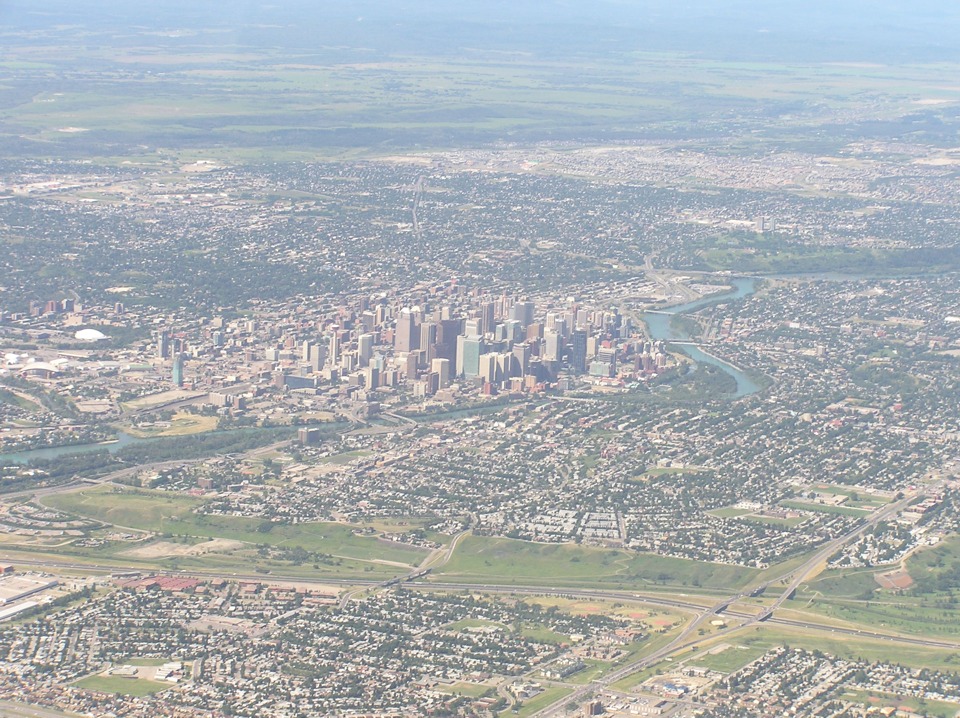 Wendell has this view from the right seat of the Calgary Airport up ahead.   The eastern edge of the city is visible at the bottom right corner of the photo where the suburbs meet the farm lands. 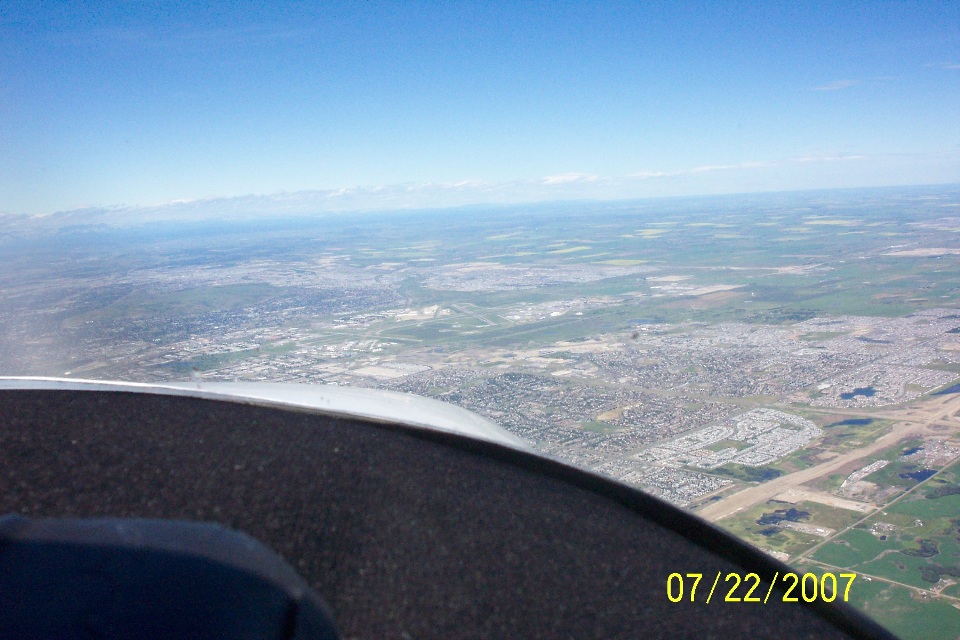 Wendell took this shot looking down as they crossed the "city line" boundary.  If you look at the right side of the photo above, you can see the same area covered in this photo below.  A new freeway under construction is clearly visible in both photos.  After miles of open prairie, a lot of folks have gathered here in the Calgary area.  That is Coral Springs Boulevard wrapping around that lake below.  The four-lane surface street coming in at the bottom center of the photo and heading for the new freeway is McKnight Boulevard.  The cross street running from bottom center to the upper left is 68th Street NE. 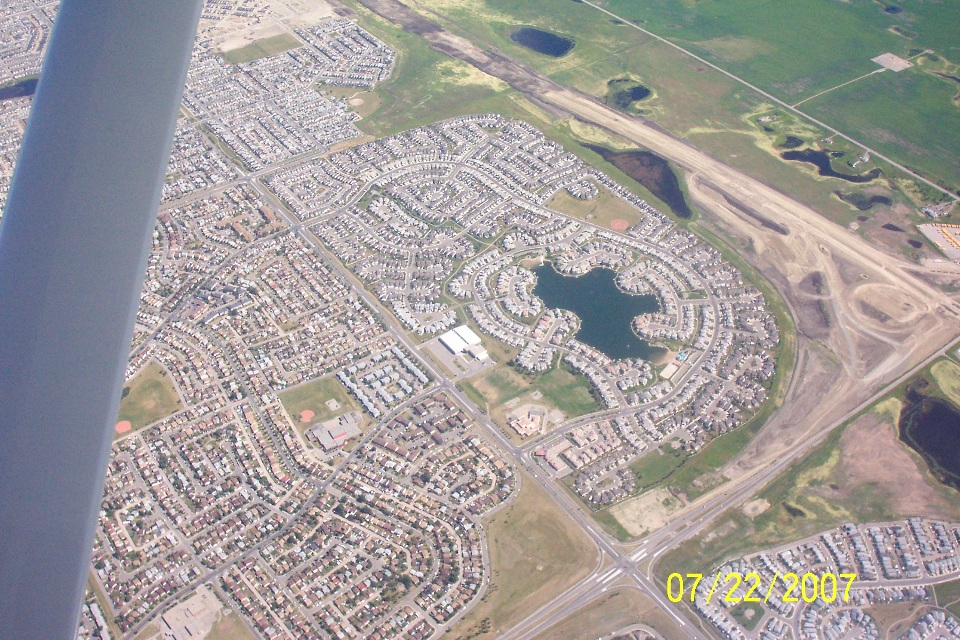 Wendell took this photo just 9 miles northwest of the Calgary Airport out in the country. 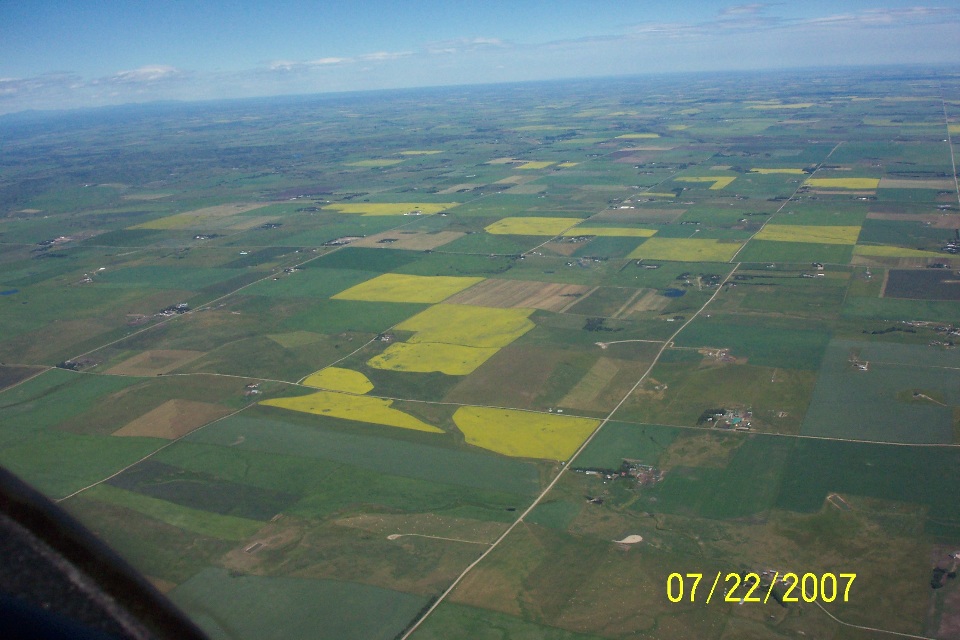 Terry took this photo of a managed forest area about 70 miles north of the Calgary Airport. 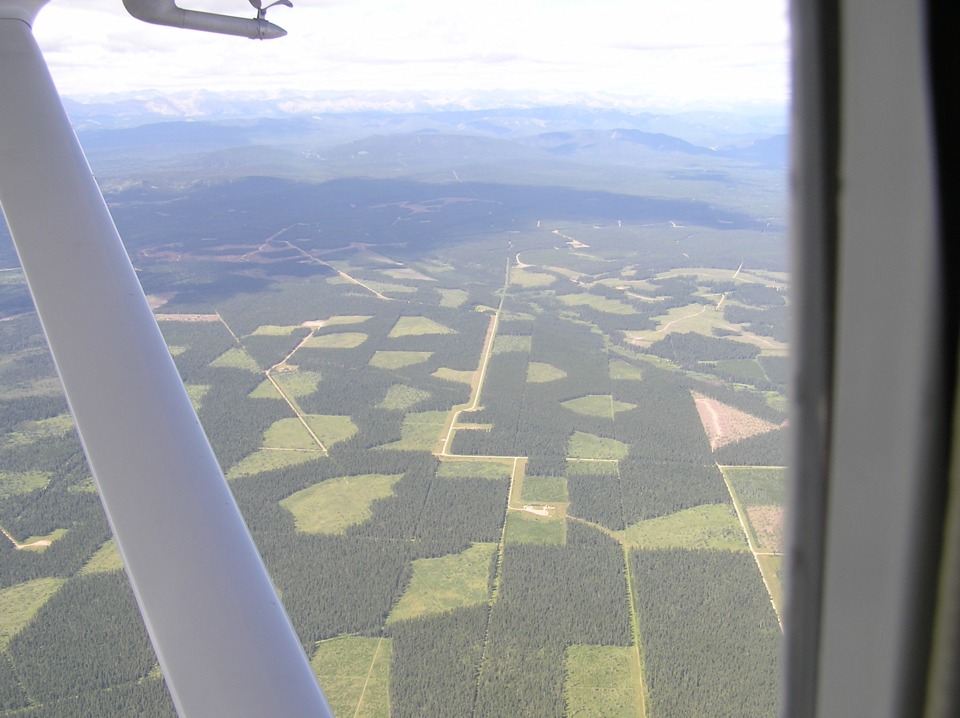 This photo is taken just south of the North Saskatchewan River in Alberta at a point about 100 miles NW of the Calgary Airport and about 95 miles SW of the Edmonton Airport.  The water in the river flows east to Lake Winnepeg and eventually to the Hudson Bay.  The Rocky Mountains are getting closer to the route of flight. 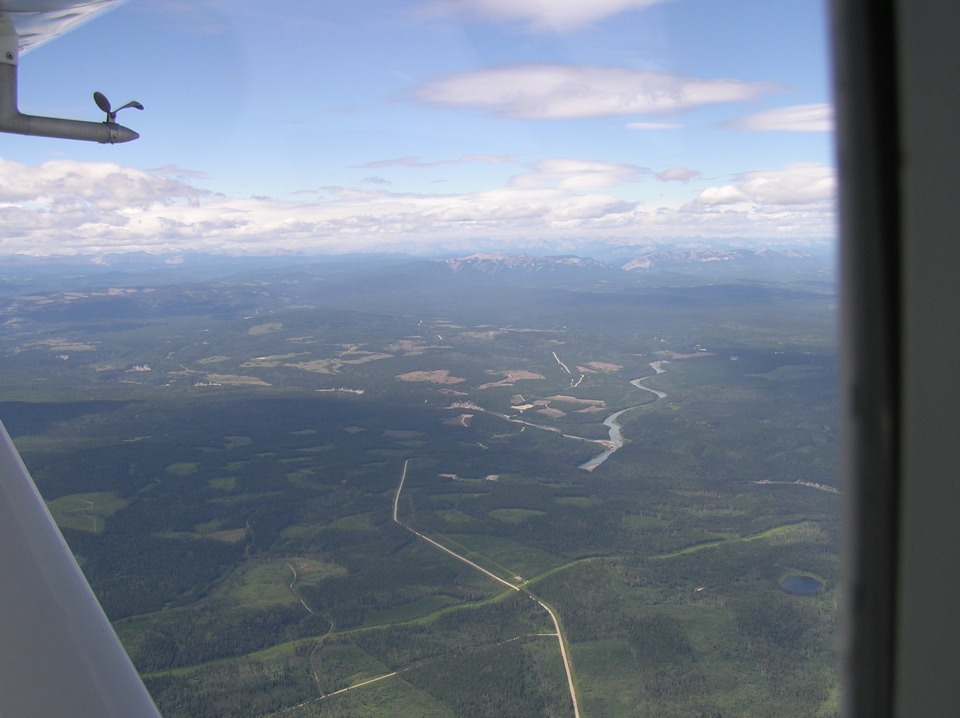