July 23, 2007:  Day 4 begins in Dawson Creek, British Columbia.  Wendell took this photo at 8:08 AM Mountain Time.  The cracked windshield belongs to the car from the hotel that came to the airport to pick them up when they landed yesterday.  Terry said they called ahead to insure they would have a hotel room since summer is their busy season.  There was no restaurant at the hotel, so they had to walk several blocks to get dinner when they arrived yesterday. 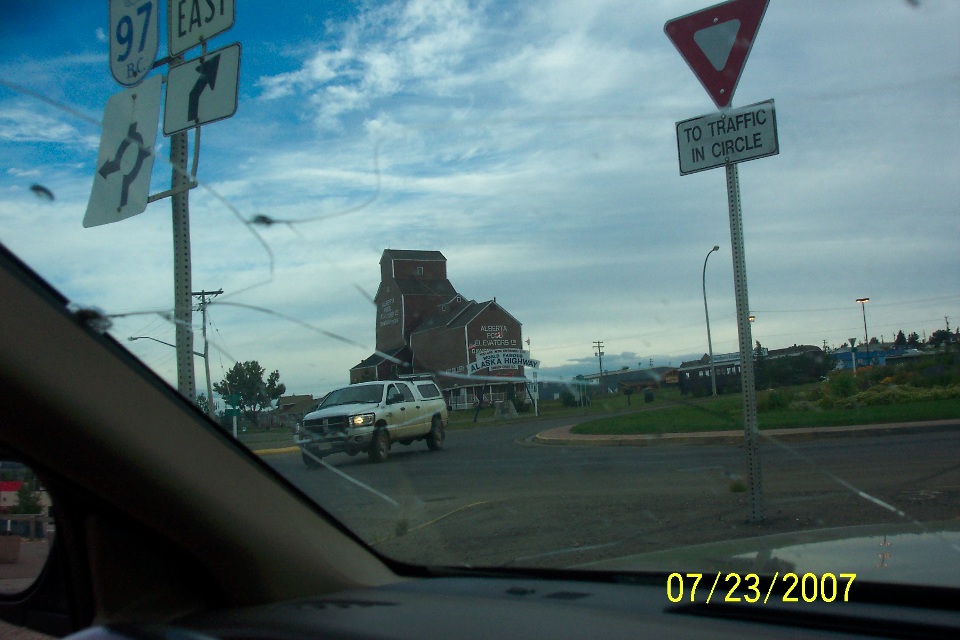 This picture taken as soon as they could get out of the car shows the more realistic amount of daylight at this time of the morning.  Now what could be more interesting than taking a picture of Terry taking a picture? 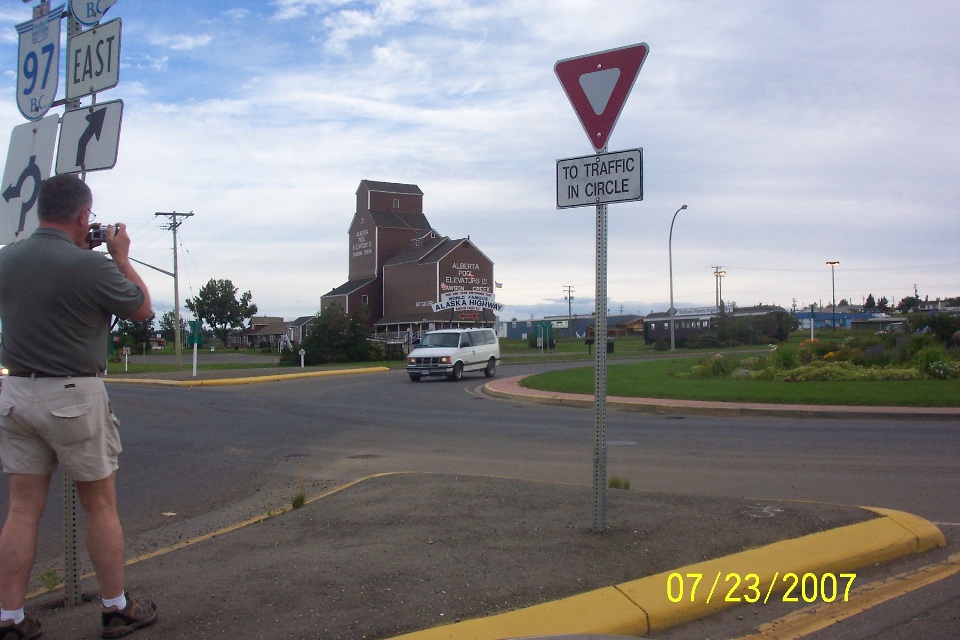 Terry's picture of the tourist sign at the beginning of the Alaska Highway. 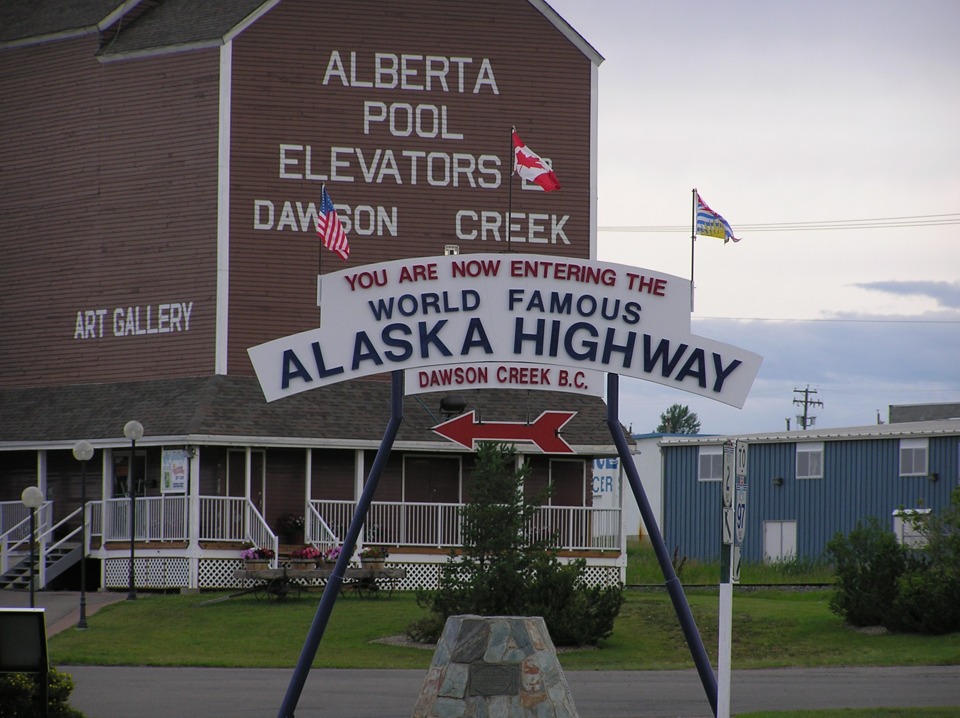 Google Earth provided this nice aerial photo of Dawson Creek that you can see on your computer at home.  Google Earth works best if you have a high-speed internet connection.  The traffic circle (round about for Brits) is the location of the photo above.  I did not put the camera symbols on the photo below, they are courtesy of Google Earth.  When you see those symbols, you can click on them and a picture will open on your computer of a photo that was uploaded by another user who visited that spot. 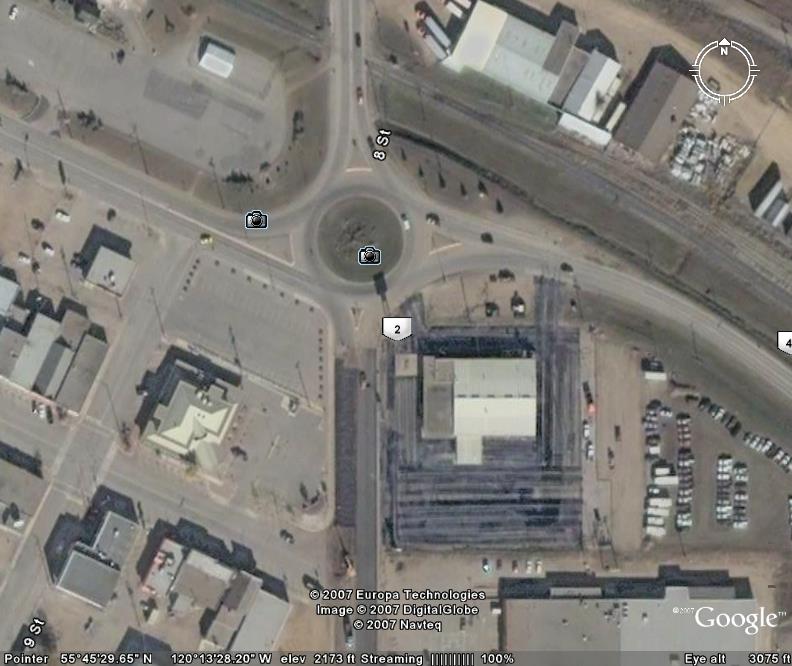 This Google Earth photo should give you an idea of the location of the airport to "downtown" Dawson Creek.  The traffic circle is located at the point where Alaska Avenue meets route 49.  The two blue dots are the symbols that replace the camera symbols in the photo above. 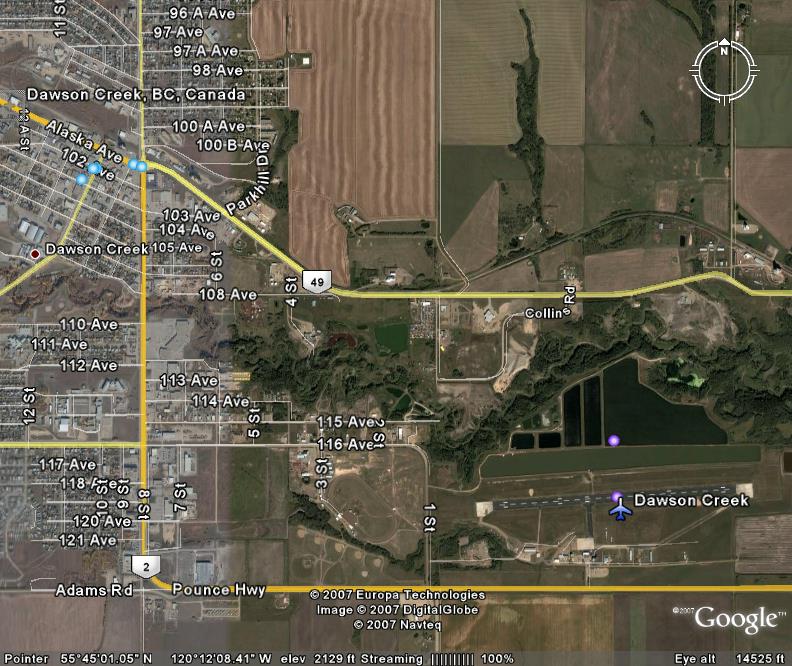 This photo on the "street side" of the airport building was taken at 8:15 AM Mountain Time. 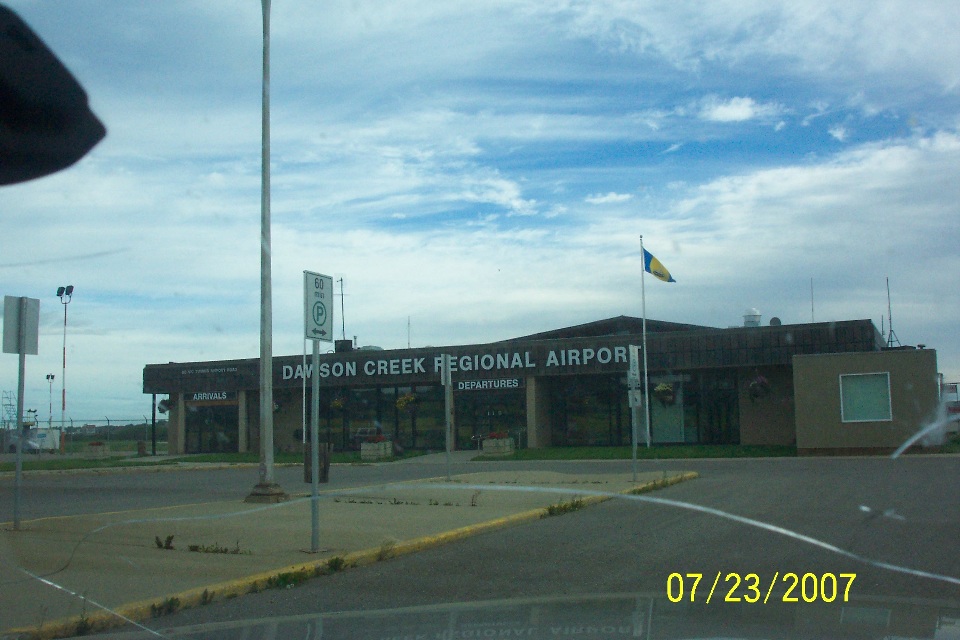 Wendell took this photo of the Alaska Highway from about 4.5 miles out of town from the traffic circle seen above.  The view is looking northwest and into the country that will become less populated as the day goes by.  Up until this point, there has been plenty of "civilization" along their flight path from the Chattanooga area, but that is about to change. 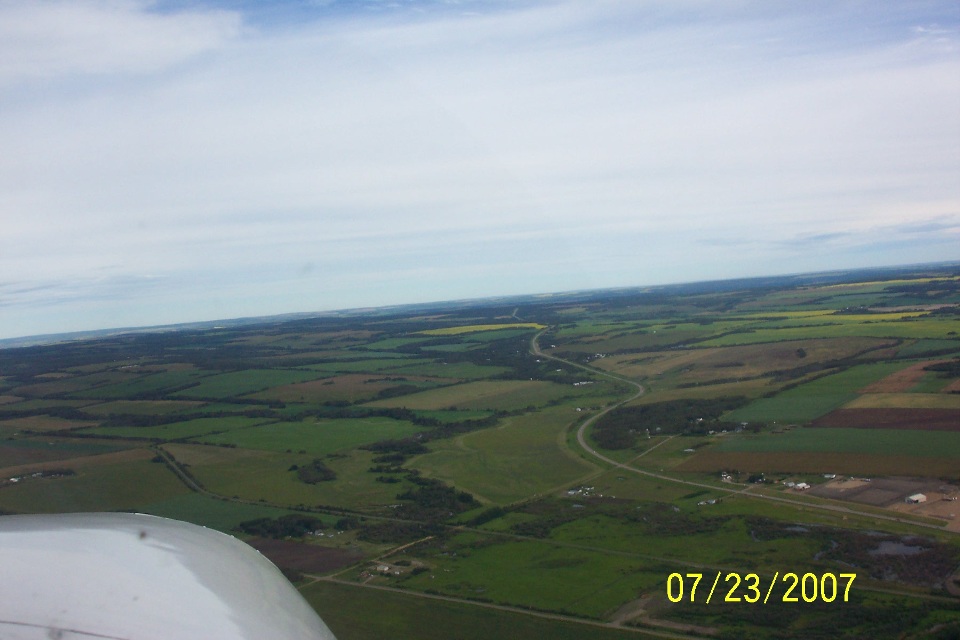 I just checked the field elevation at Dawson Creek Airport to find it listed at 2,150 feet mean sea level (MSL).  The GPS reported data points at 2,148 feet MSL during the taxi and engine run-up before takeoff at 9:15 AM.  The time stamp of the photo above is 9:19 AM.  The corresponding GPS data point provided latitude and longitude and a speed of 133 MPH.  After checking the above real photo with a similar view from Google Earth, I have determined that the clock in Wendell's digital camera is ONE minute fast. 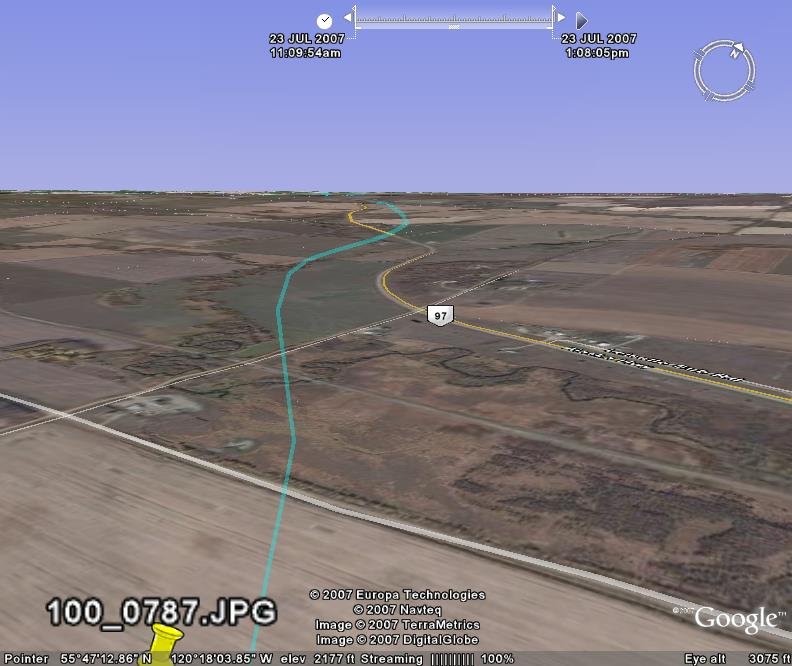 The green line above is the GPS ground track of the flight departing Dawson Creek.  This downloaded "snapshot" from Google Earth shows a segment of the aerial photos used for the Dawson Creek area.  You can see the latitude and longitude of the location and the "Eye altitude" in the baseline data of the JPEG photo.   Look at the "compass" in the upper right corner of the picture showing which was is NORTH.  This view is to the northwest, same as in the photo taken by Wendell and posted above.  The difference is Wendell's picture is much more recent than the aerial photography used by Google.  Wendell sometimes gets too excited taking the picture he forgets to level the camera with the horizon.  Here is a second Google image showing all the GPS data points that created the green line ahead.  The yellow push-pin is put there by me to mark the location of the photo by its real file name. 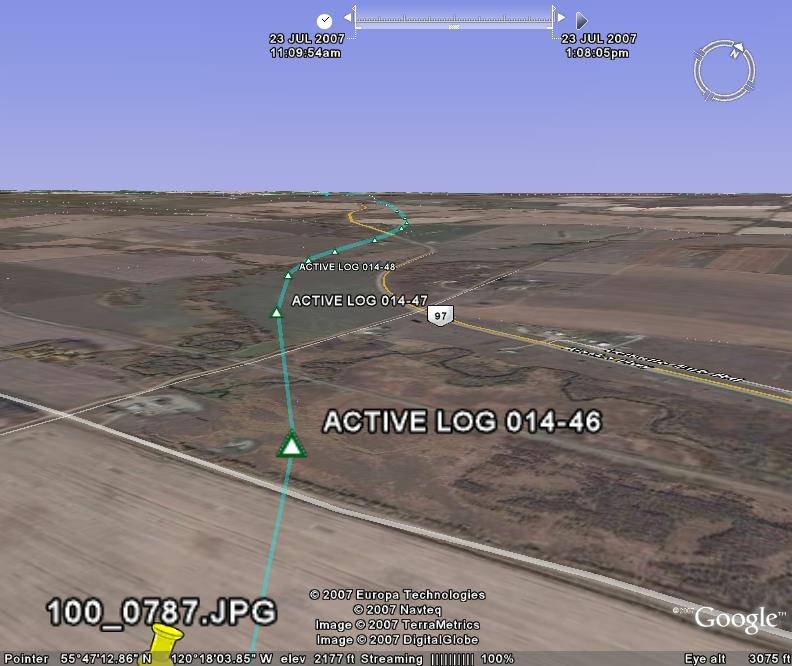 When I matched the view of Wendell's photo to the Google version, I checked the latitude and longitude to my spread sheet of GPS data points to discover the time stamp for those coordinates was ONE minute earlier than what the camera put on the picture file.   THAT is how I know the camera is one minute off from the "REAL time" that makes GPS receivers possible to do what they do!