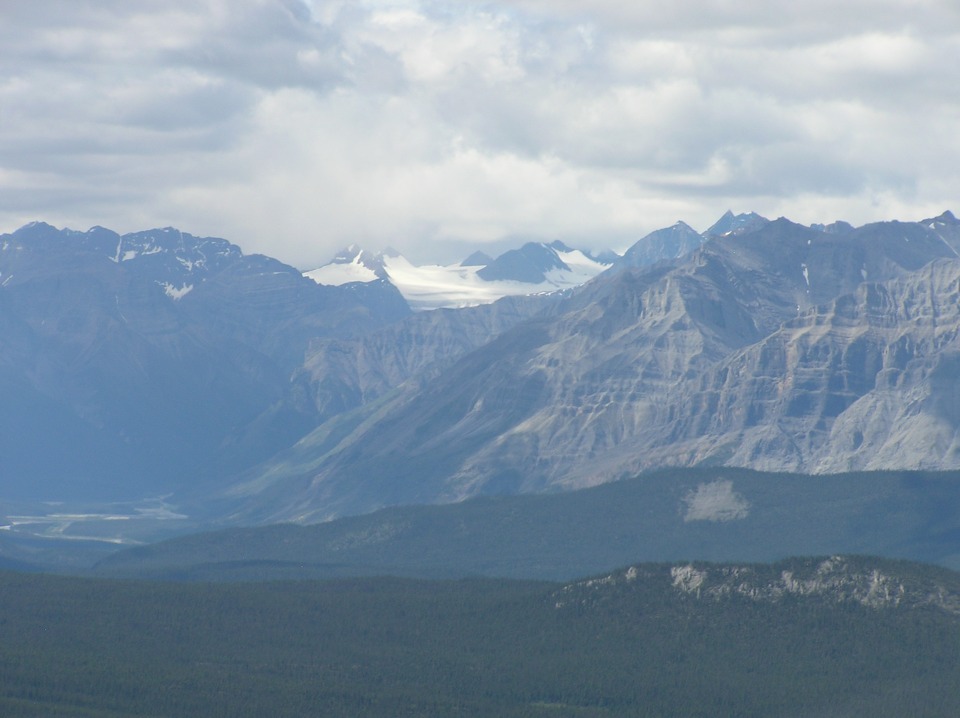 The GPS map of the highway shows a turn ahead to the west following the river.   The guys cut the corner by flying over the ridge line on the left and heading directly toward the village of Toad River. 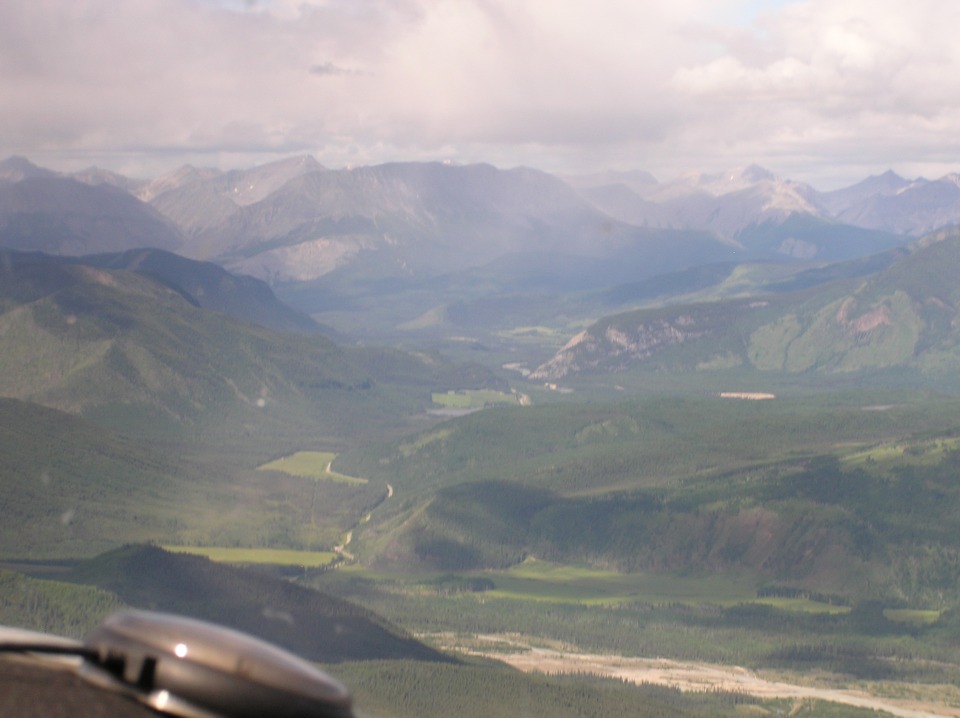 As they reach the village area, a little bit of civilization comes into view again. 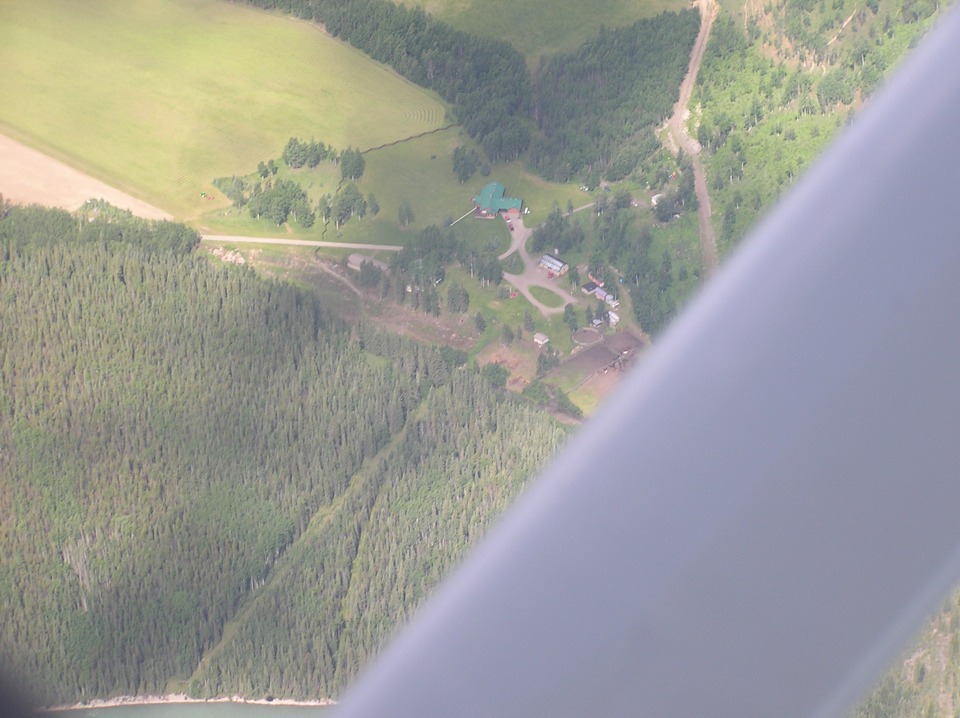 Here is a close up from the shot above.  It looks like a farm to me.   That is a green John Deere tractor in the field at the left side of the photo. 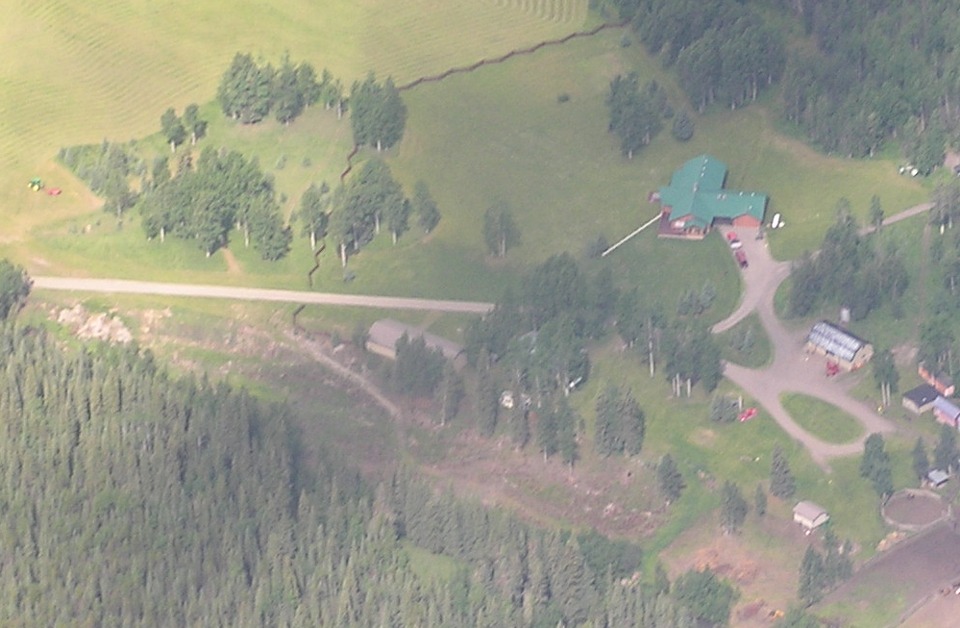 Things can change fast in the mountains.  Here is the view ahead on a heading of about 240 degrees in the valley ahead.  The GPS ground speed is shown at 120 MPH at the time this photo was snapped with Wendell's camera.  There are light rain showers ahead, but it looks better in the distance.  This location is about 4 miles west of the village and airport for Toad River 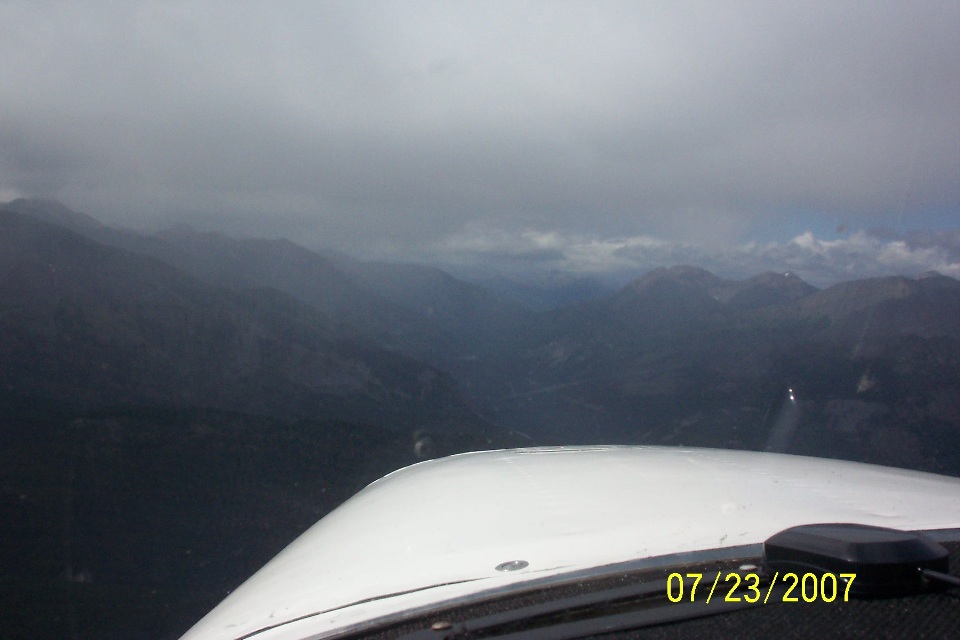 And just a few minutes later, the rain and the airplane were at the same place as you can see.  There is however, more blue sky ahead. 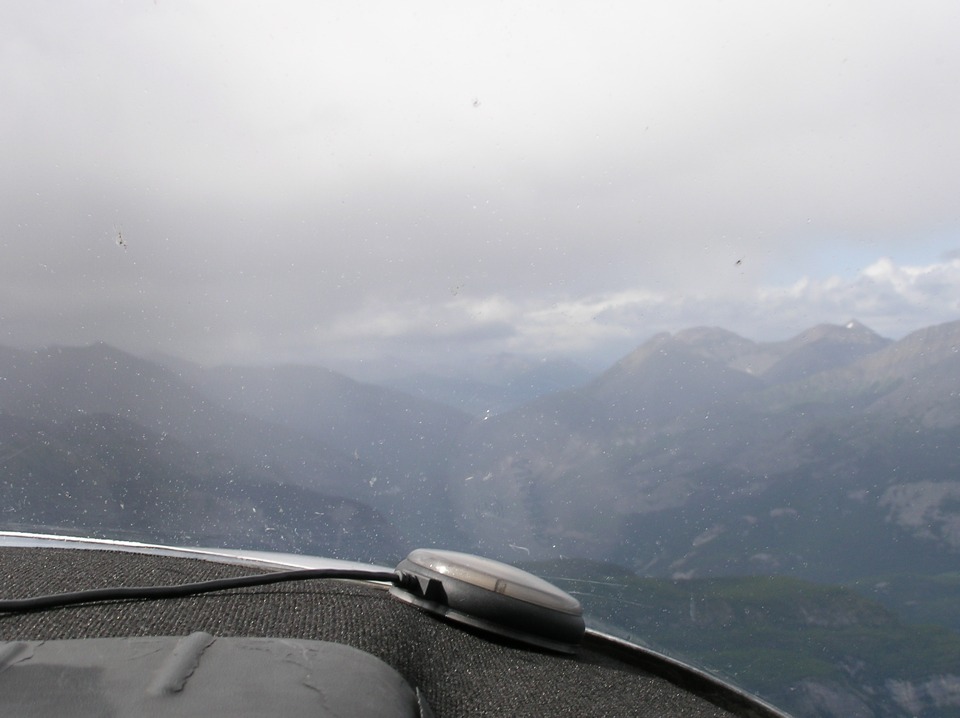 Before you know it, they are back in the clear and this is the "zoomed" view out the right window captured by Terry's camera. 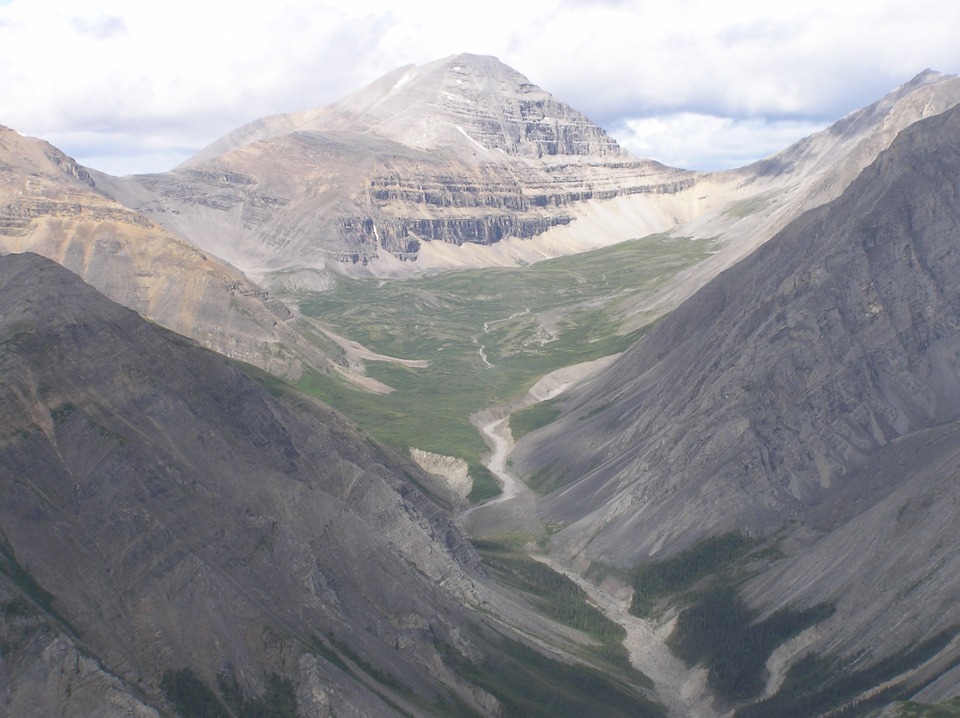 Terry took this picture of the point where the Alaska Highway turns to the north, while the Toad River is seen at the bottom with a left turn into a different valley.  The rain up ahead is NOT on the course they are taking to the right following the highway. 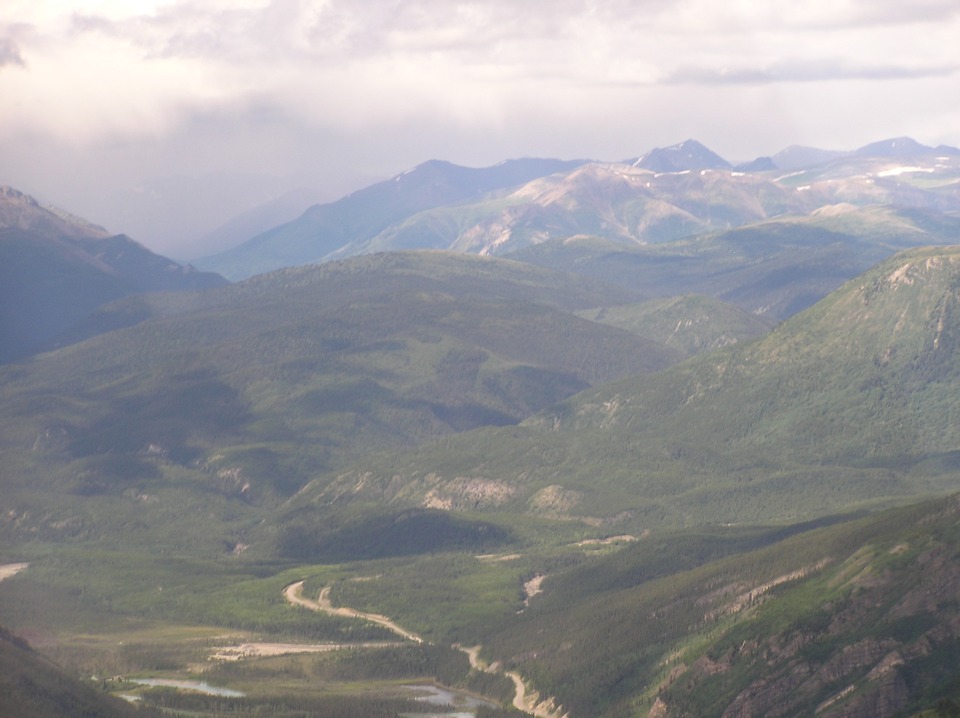 These barren peaks are on the right side of the route as they fly north up the valley.  The skies are beautiful looking to the East. 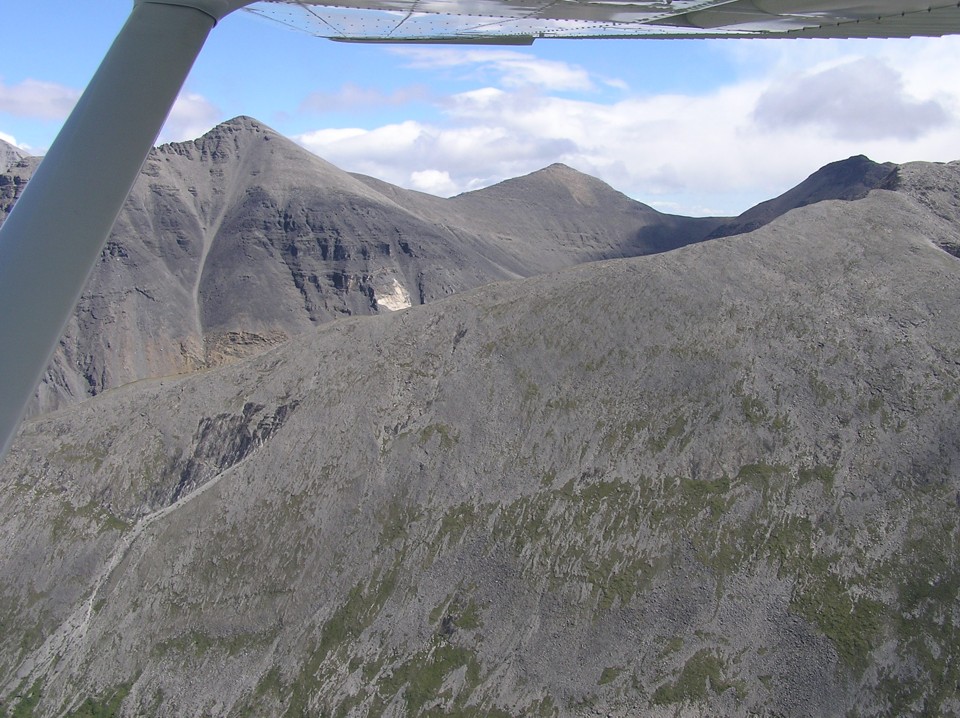