July 23, 2007:  Day 4 continues following the Alaska Highway in the Yukon Territory.  This is the valley view Terry captured after flying 63 miles from the airport at Watson Lake.  British Columbia is ahead as we continue flying southwest at this point in the route. 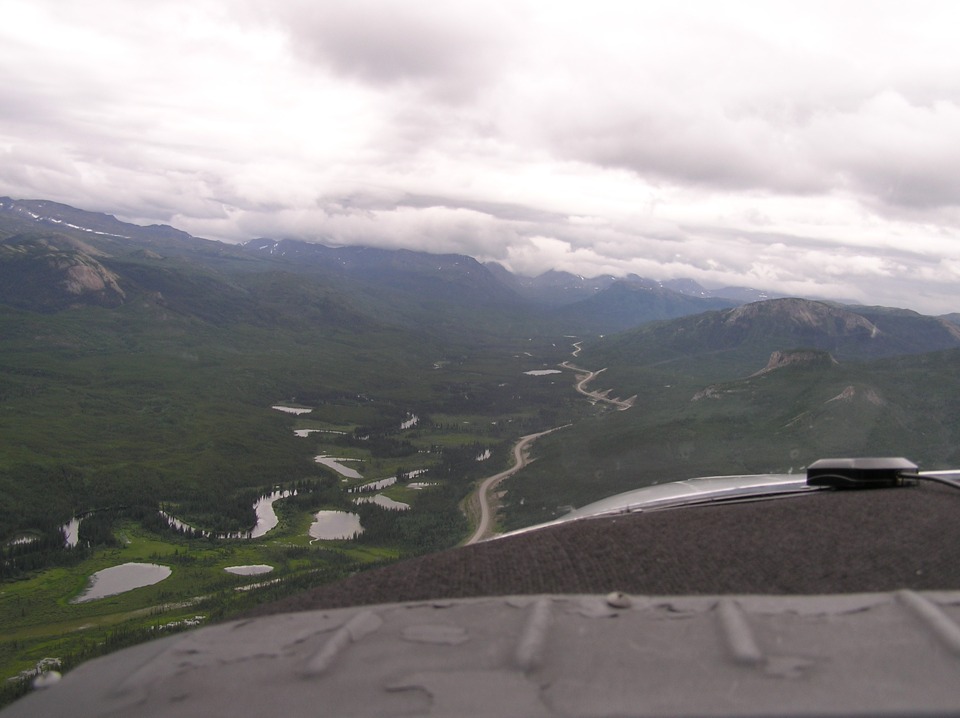 The highway is running near the ridges and right next to the river.  The occasional rest spot is provided to pull off the road. Here is a close fly-by of a mountain ridge when the air was calm - no wind.   Terry is in the pilot seat and Wendell is taking these shots. Wendell felt he could reach out and pick a clump of grass off the side of the ridge.  Terry's experience in Viet Nam with low-level chopper flying shows in this photo.  Only in calm wind conditions would he consider doing this kind of flying. 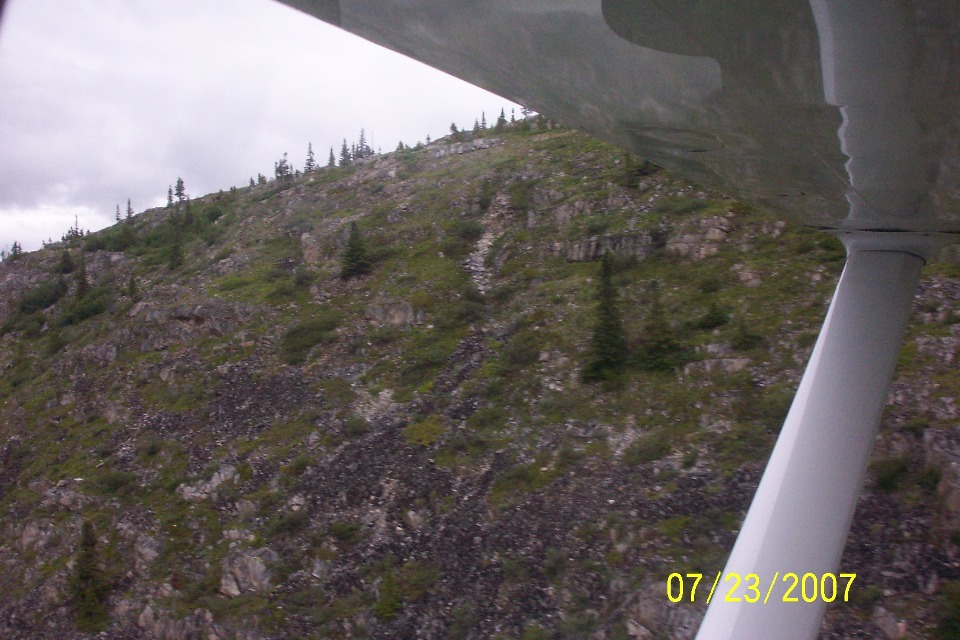 The time stamps on this photo and the two above from Wendell's camera tells you just how fast the view out front can change. A light rain shower has dropped into the valley as they mush along toward Whitehorse, still many miles away to the north and west from here. 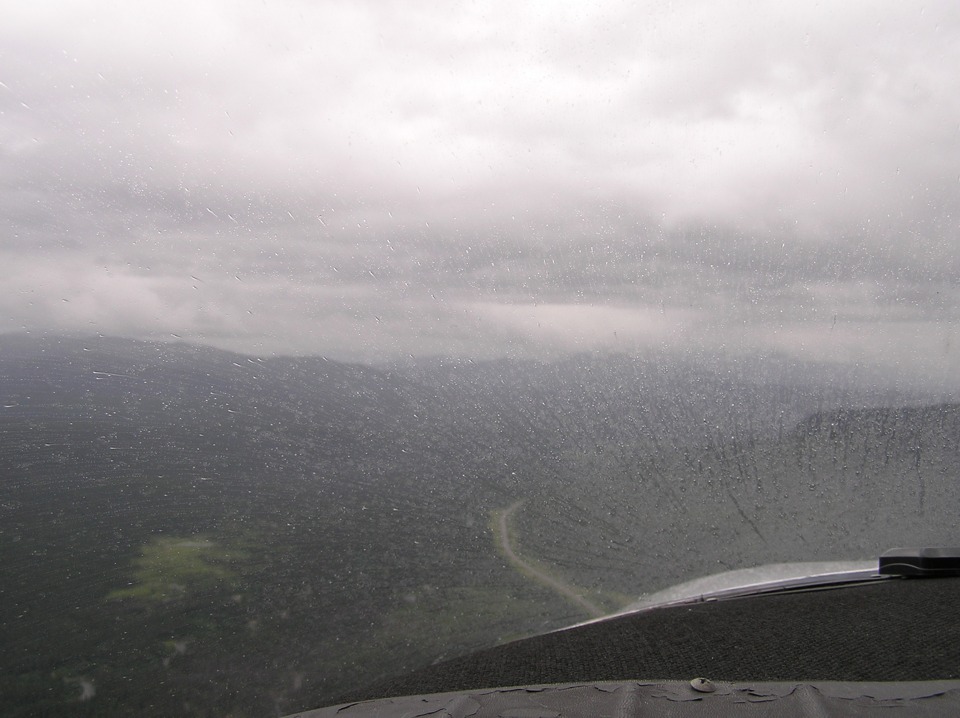 As the rain begins to let up slightly, another river joins the route from the left side of the airplane. 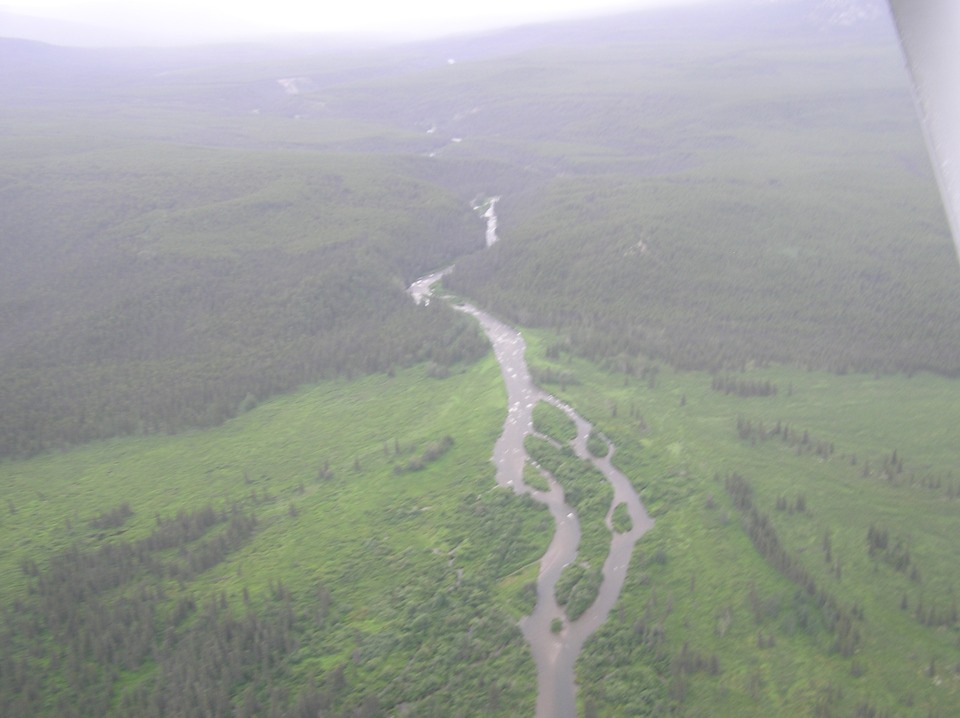 Before long, the visibility improves and they push on with a good view of the river and the highway, which is just out of this picture to the right. 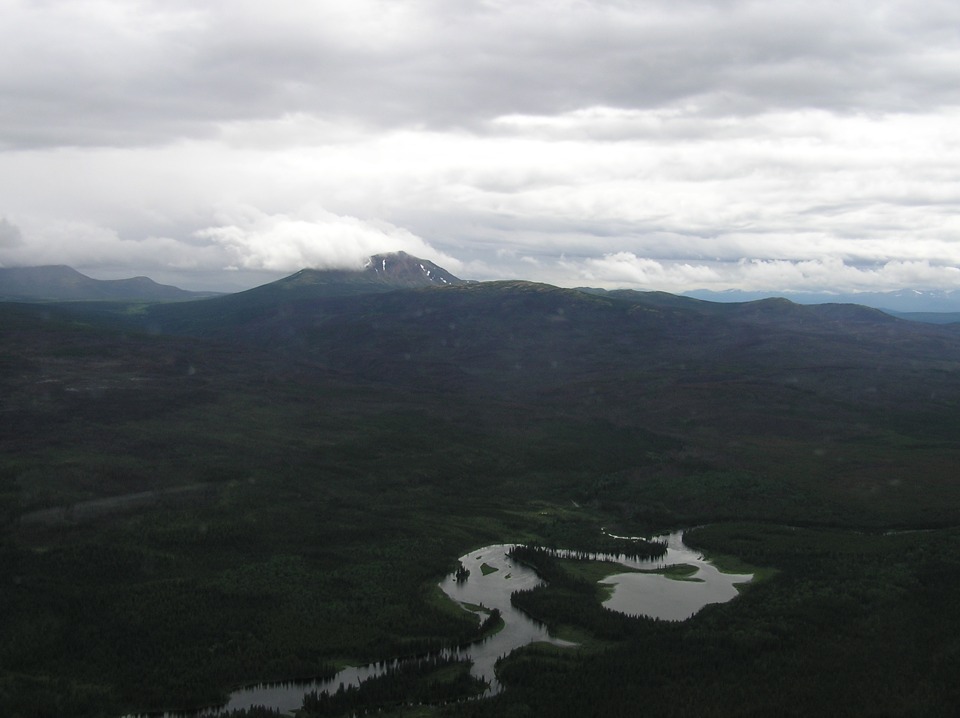