July 23, 2007:  Day 4 continues following the Alaska Highway back inside the northern part of British Columbia.  These two views were taken quickly as they turned into yet another river valley.  The Alaska Highway is just to the right of this photo. 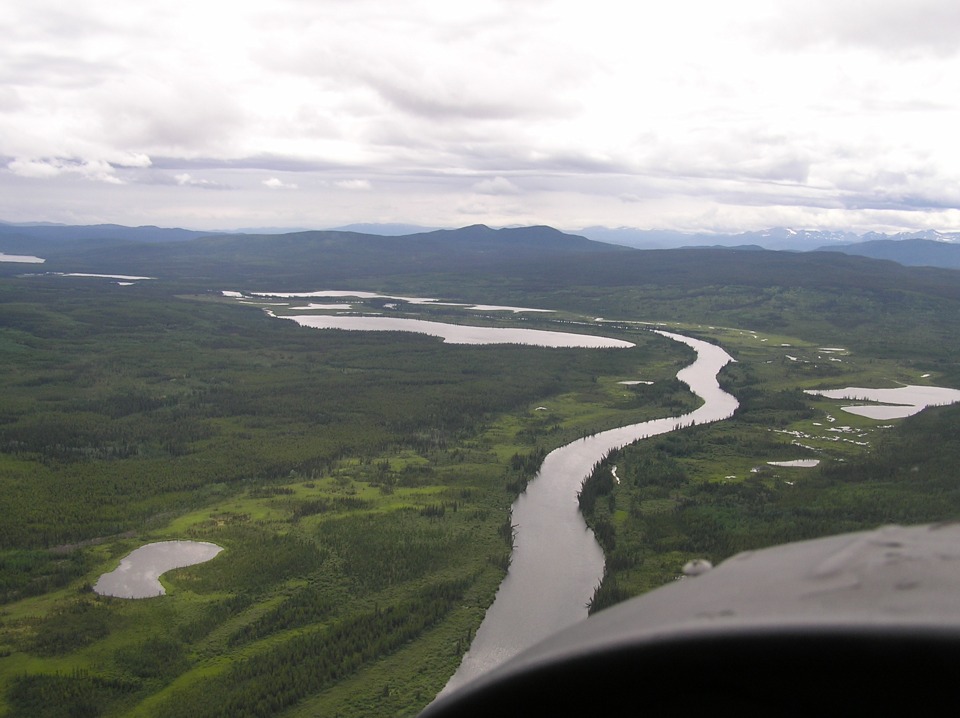 The second shot is taken by Terry from the left seat looking across to the right of the flight path.  The highway is still not seen because it is directly under the airplane.  A bit of the highway is visible in the distance on the left side of the photo.  It is located across the next low ridge they are turning to cross on a northwesterly heading.  There are a few small lakes ahead in the next valley looking north into the Yukon Territory. 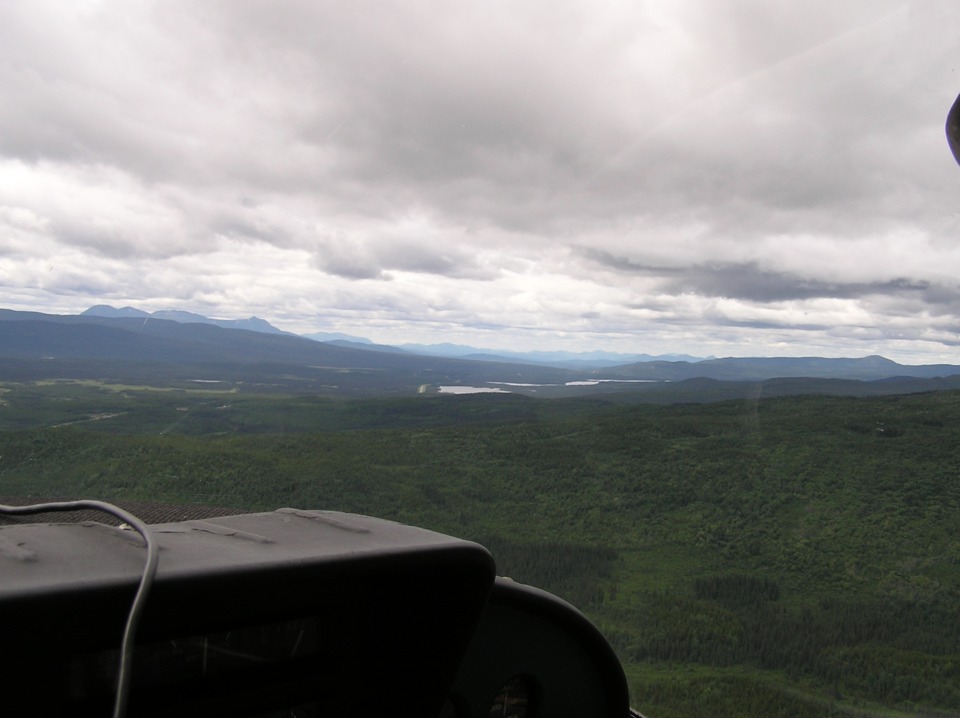 After flying about 24 miles from the location of the photo above, this new shot shows Teslin Lake coming into view.  This photo file is named as P1010140.JPG and its location is shown below on a Google Earth satellite photo view.

Wendell got this excellent shot of the seven-tiered bridge and the airport near the village of Teslin. 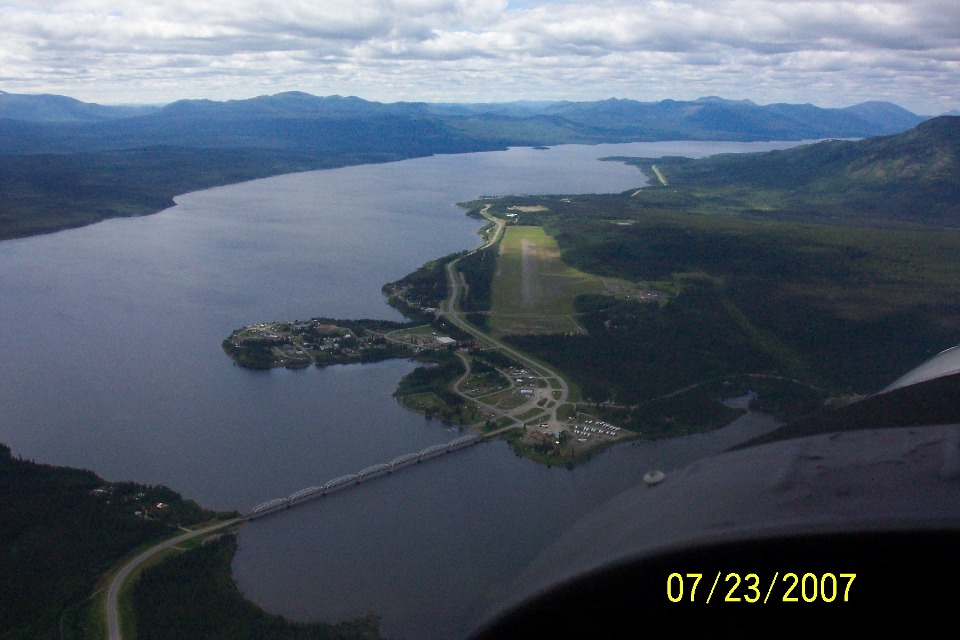 This shot was taken after flying past the village of Teslin and its airport.   The view is looking southeast after the Cessna turned on a southwest heading just to get this good photo.  The photo above this one was taken near that body of water seen in the upper right corner of the photo below this text.  That seven-tiered truss bridge crossing an arm of Teslin Lake is the longest bridge seen on this trip. 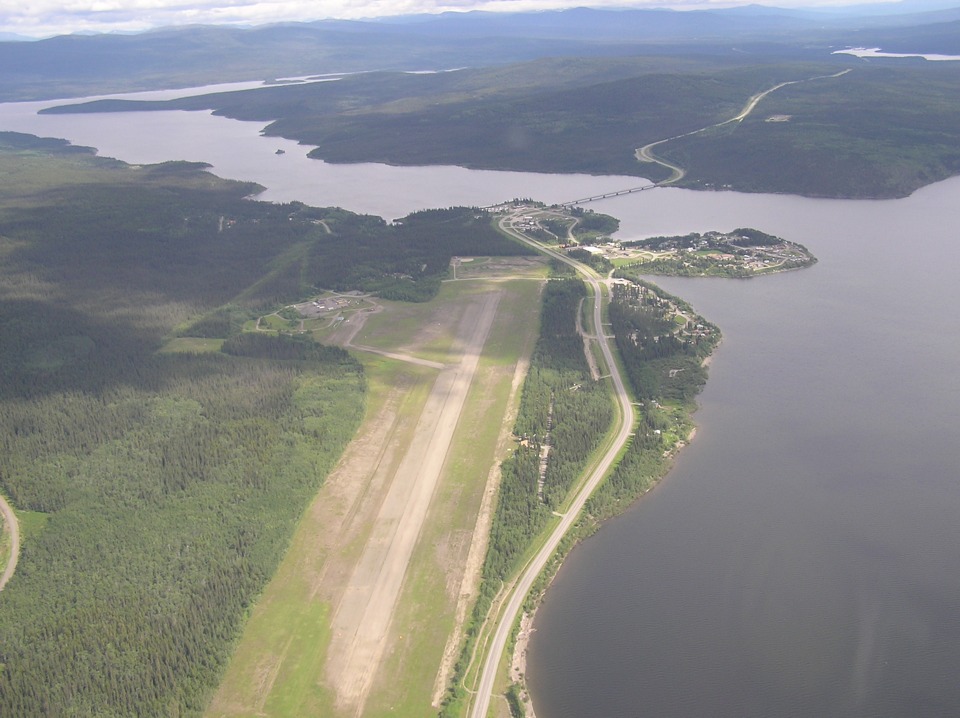 Here is the Google Earth view of the Teslin Lake area, including the village and the airport.  The GPS ground track of the flight is shown in RED, while the Alaska Highway is highlighted in YELLOW.  The push-pins indicate some of the photo locations seen on this page. 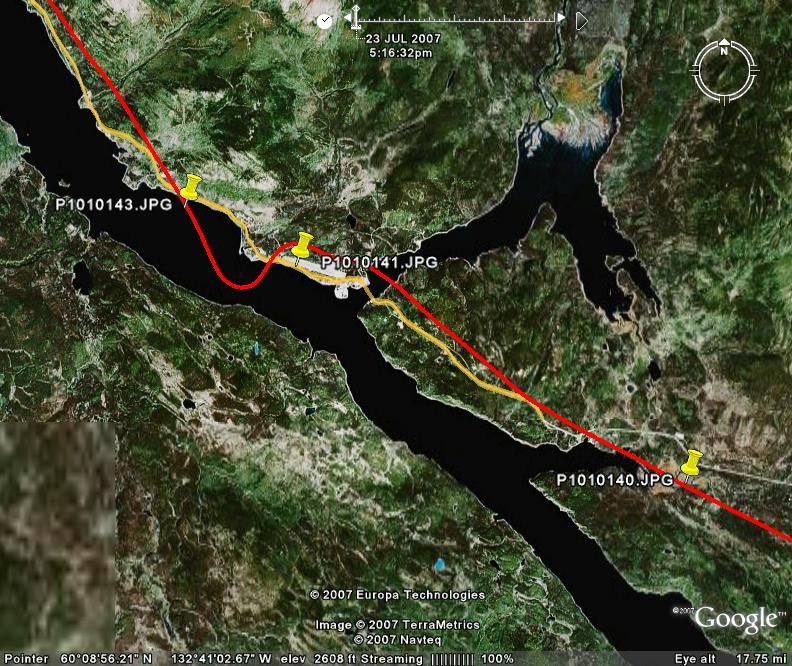 The view to the northwest ahead reveals plenty of Teslin Lake remaining on our trip toward Whitehorse, the Yukon Territory provincial capitol.  This lake is about 70 miles long.  Our guys came into the lake area about half way along its length.   Several points jut out into the lake and provide some shelter for homes, boats and float planes. 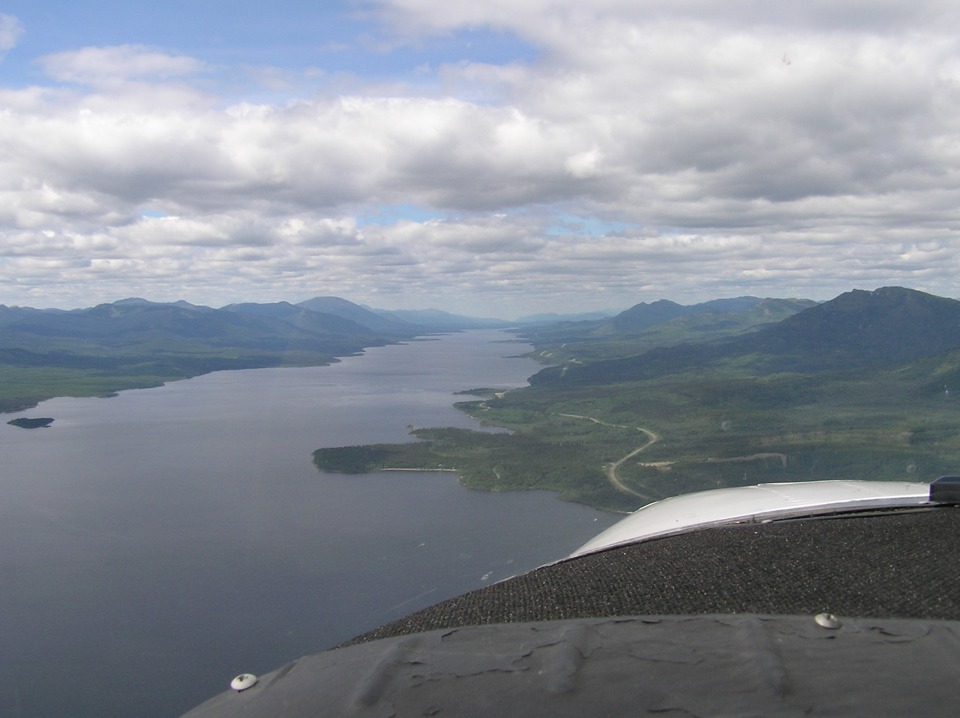 Here is one of those points with a home and float plane visible in this photo taken by Terry. 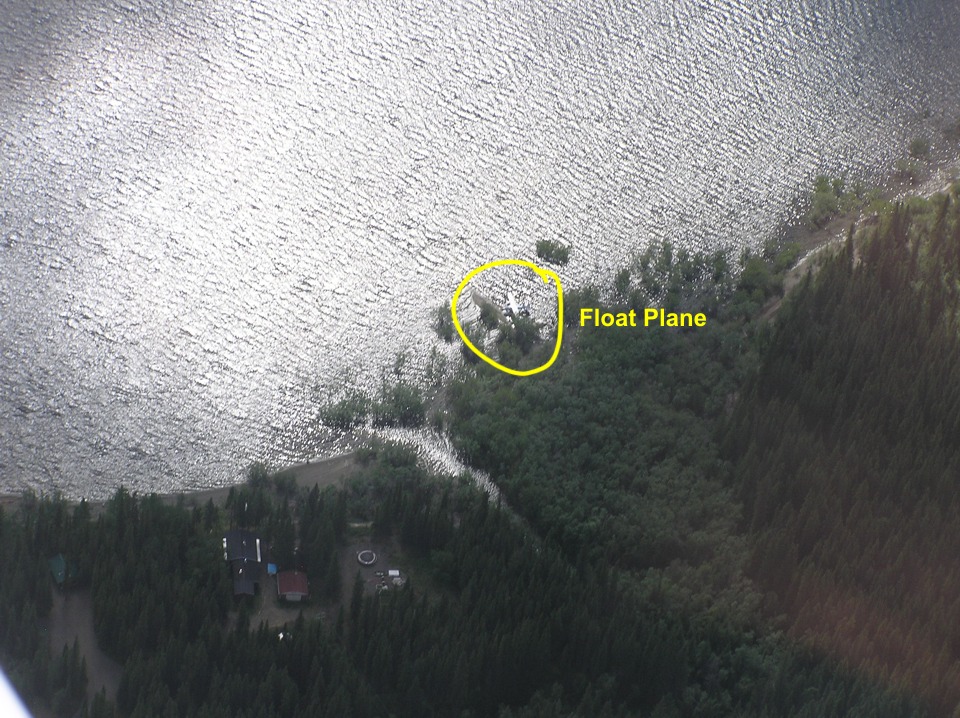 One more photo is snapped as they pass over the point.  This shot reveals a boat tied up adjacent to the airplane.  Another boat is tied up near the home and the stream that feeds into the lake. 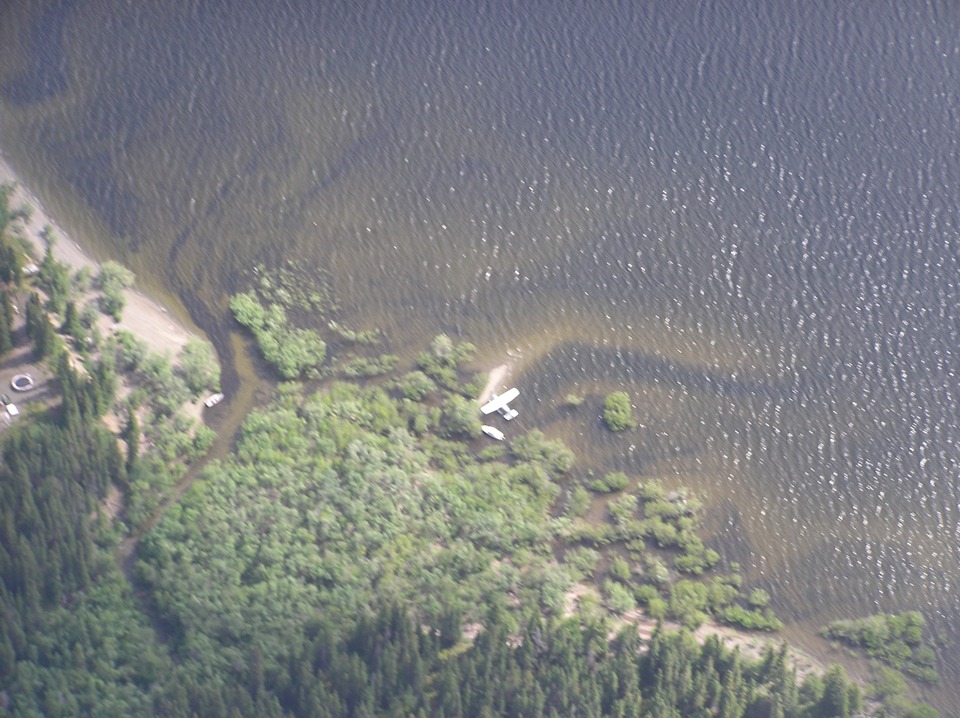