July 23, 2007:  Day 4 continues following the Alaska Highway in the Yukon Territory.   This is the north end of Teslin Lake and the river beyond looking to the northwest.  The weather is looking better ahead. 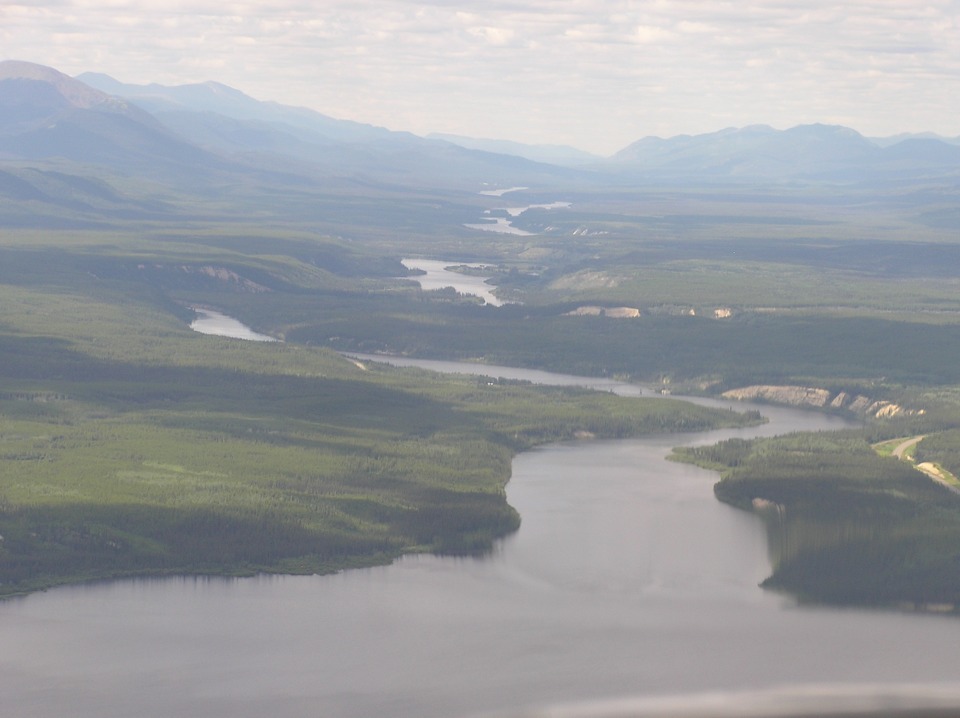 The route of flight turned southwest again after passing Teslin Lake and the river segment seen in the photo above.  About 20 miles later in the flight the Alaska Highway heads down this scenic valley with these peaks on the south side of the valley.   The northern end of Little Atlin Lake is up ahead beyond these mountains that rise to nearly 5,000 feet MSL.  The lake seen ahead is about 2,575 feet above sea level. 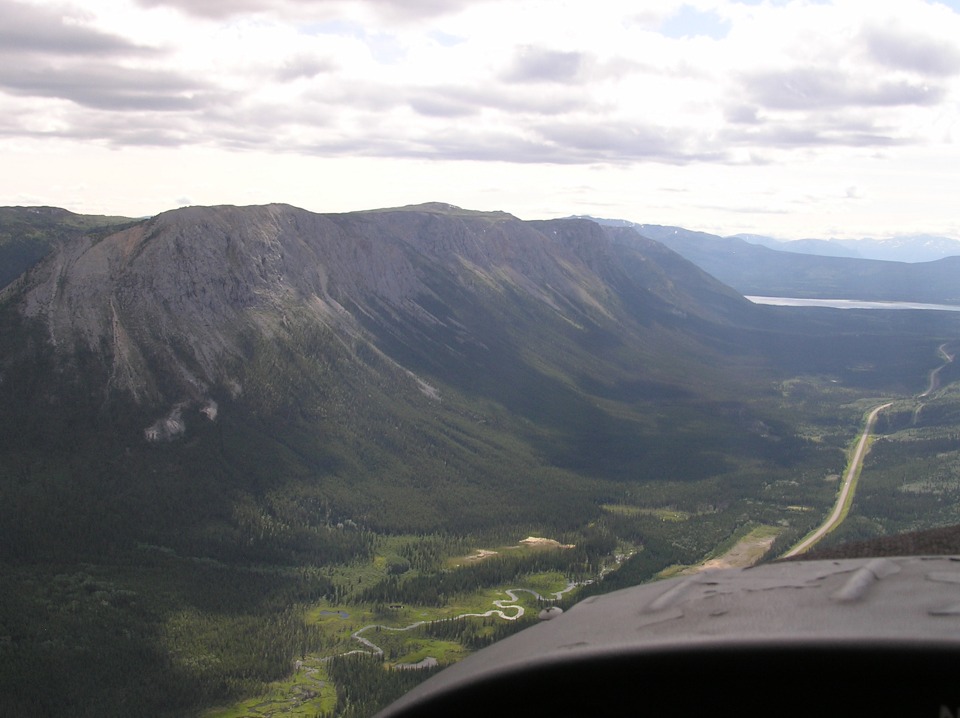 This Google Earth satellite view shows the 20-mile distance between the two photos above. 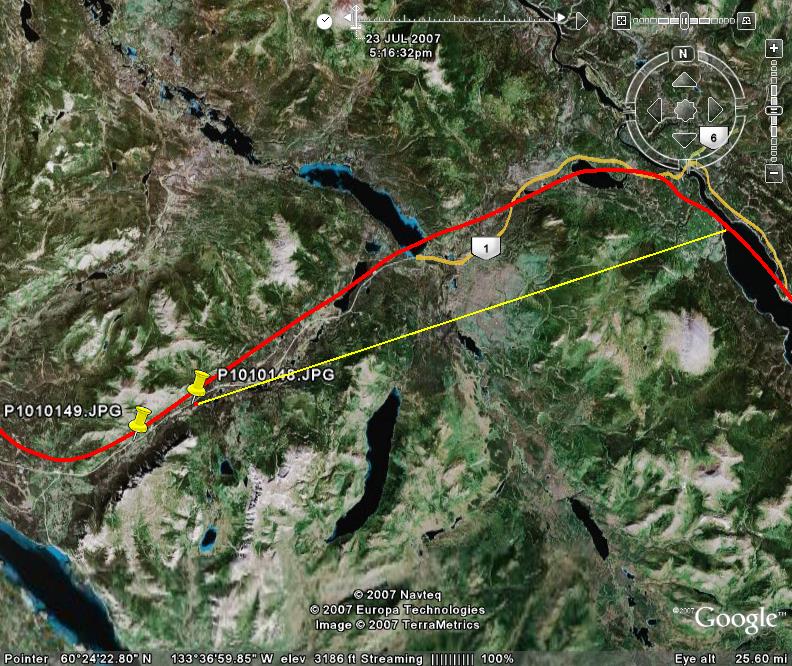 This photo was taken about a minute later showing the view across the top of the mountain range on the north side of the valley seen above.  That is the north end of Marsh Lake seen in the distance beyond this nearby mountain off the right side of the airplane. 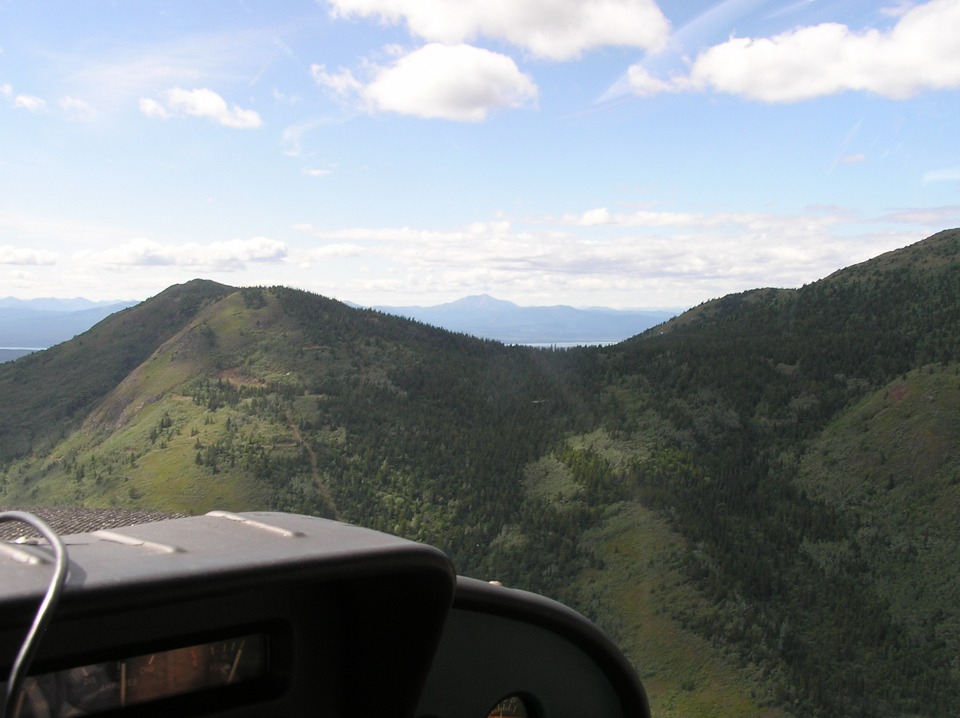 This view takes in the northern one-third of Marsh Lake and the Alaska Highway following the shoreline on the East side.  That island in the lake makes it easy to identify this lake in Google Earth satellite photos.  The route of flight here is still going northwest. 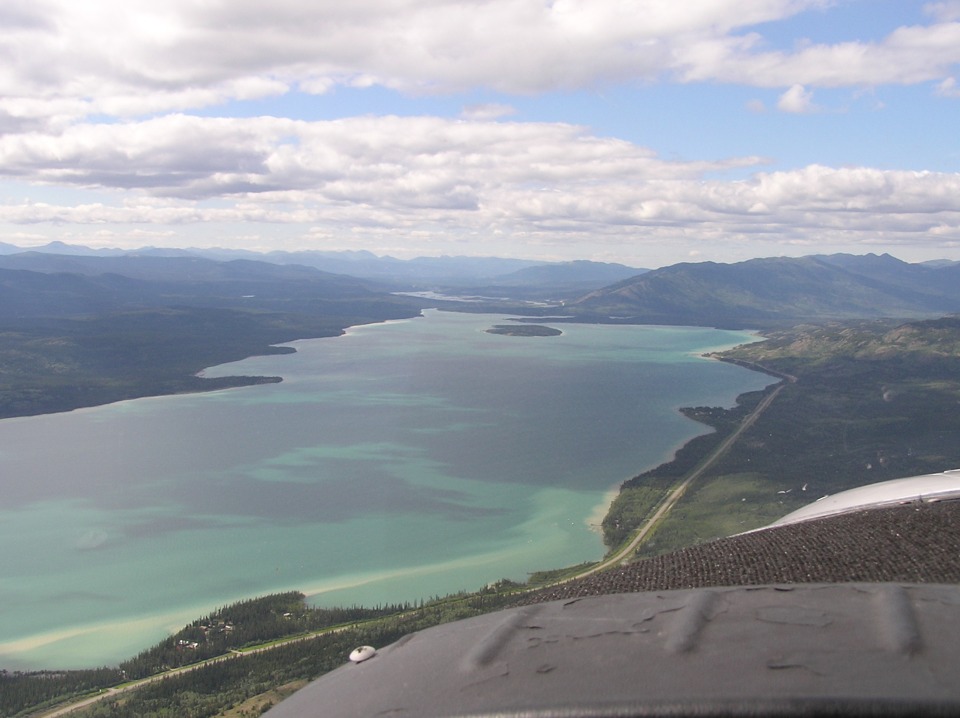 Wendell got the big picture of the Whitehorse area and the town in this photo as they turned into their last valley of the day's travel. 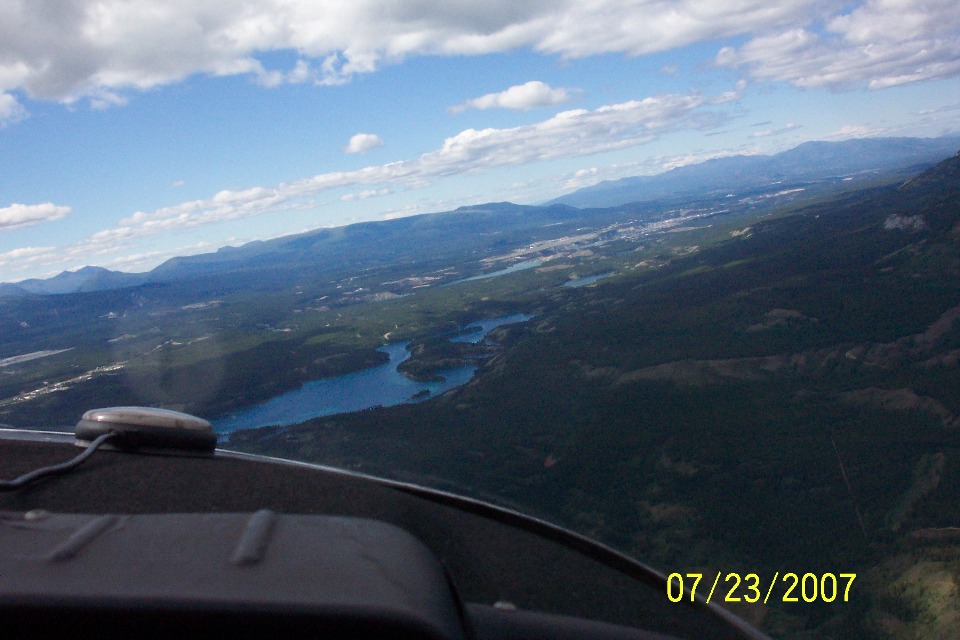 Terry took this telephoto view of the Whitehorse Airport area.

I still haven't confirmed where this lake is located in a photo from Terry's camera.  Based on its sequence with other identifiable photos, I am guessing it is Laberge Lake north of the Whitehorse Area.  It appears that this was taken using the telephoto lens setting when they were in the downwind leg of the approach to the airport at Whitehorse. 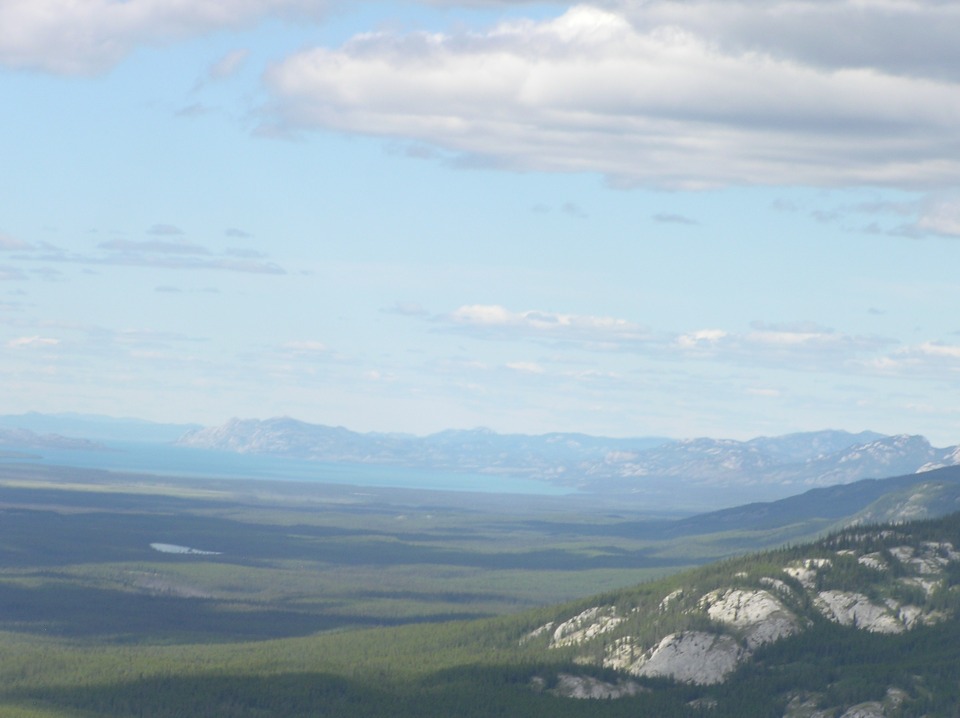