July 24, 2007:  Day 5 begins with this picture of the Whitehorse Airport ramp showing an Air Canada Regional Jet at the gate.   This view from the window of the hotel room is looking northeast. 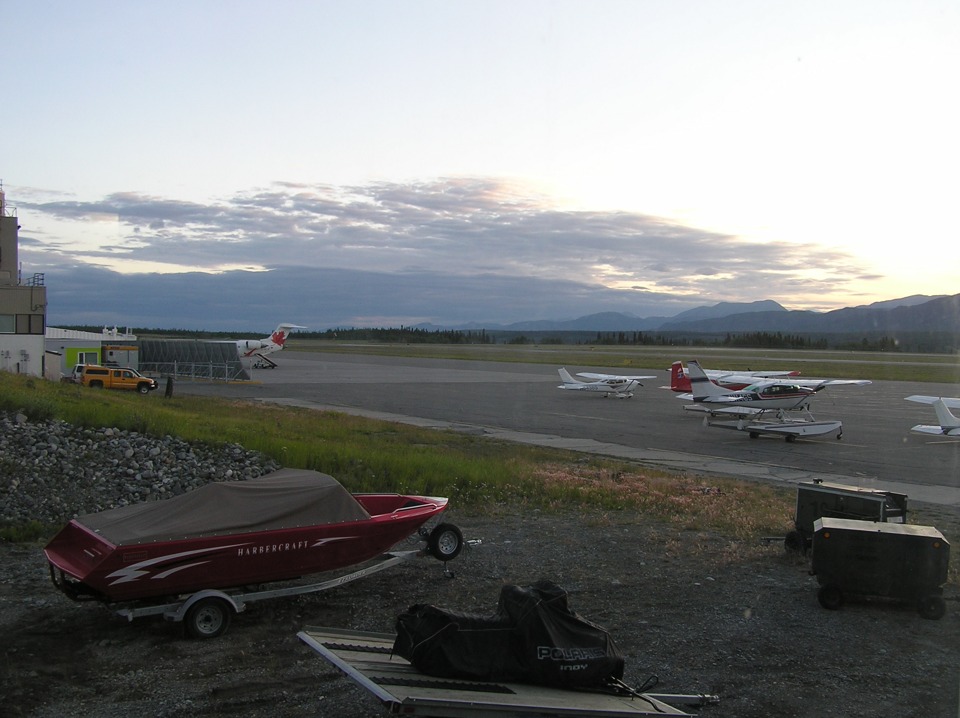 The takeoff from Whitehorse Airport was at 8:28 AM Pacific Time with Wendell's first photo taken about six minutes later.  The Alaska Highway is the path to follow all the way to the first airport in Alaska where the next stop will be to clear US customs.  There is another river on the right. 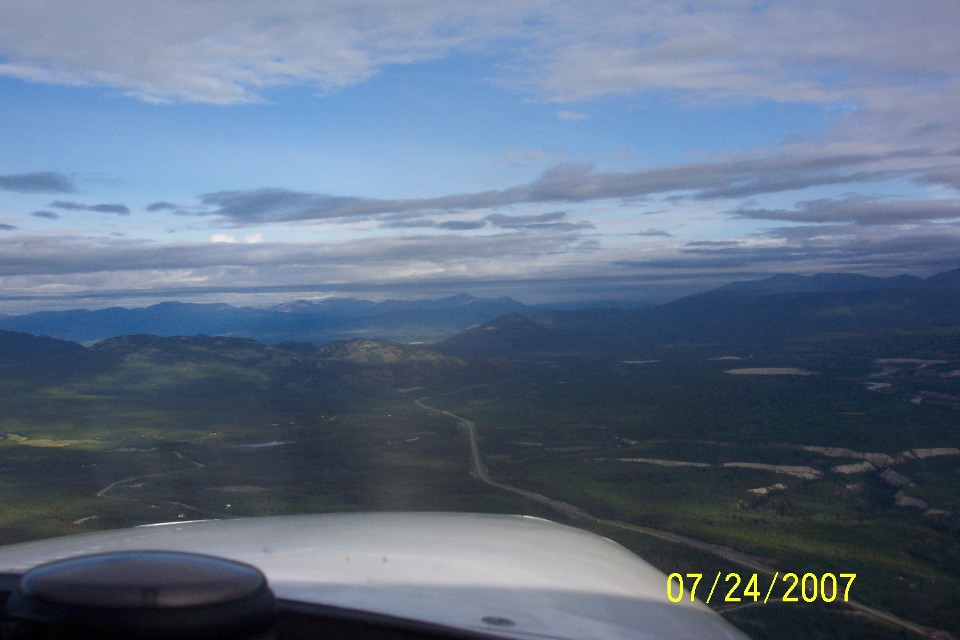 Terry was also taking pictures with his camera from the left seat on this flight segment.  He has a better view of the river on his side at a point about 26 miles from the Whitehorse Airport.  This is the first valley off to the left in this series of photos. 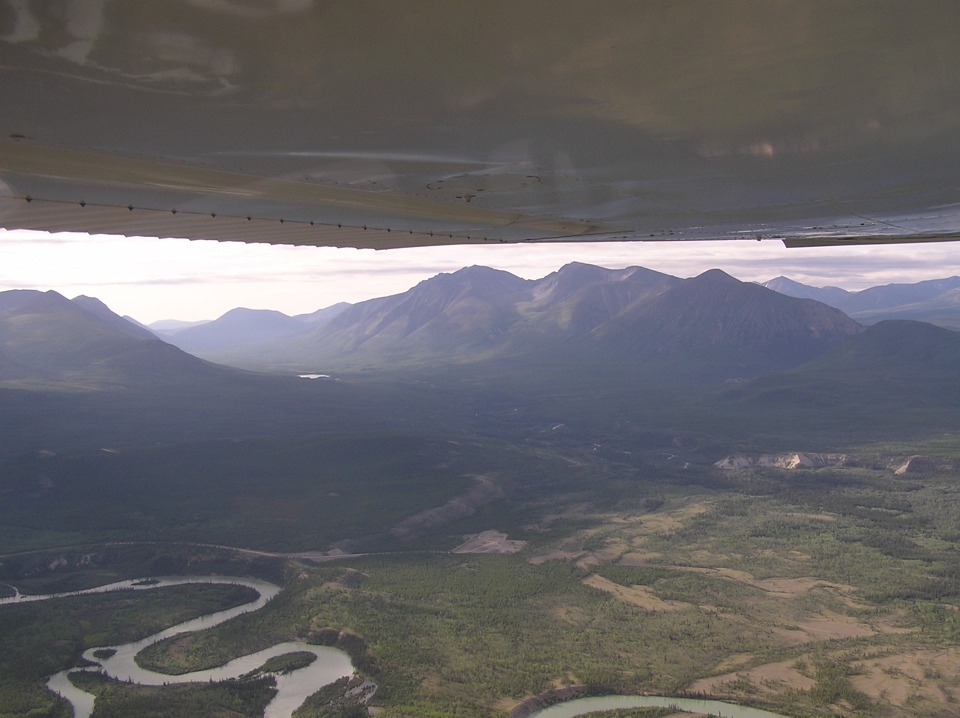 Terry took four photos in rapid succession.  Take note of that prominent mountain peak ahead near the next valley on the left. 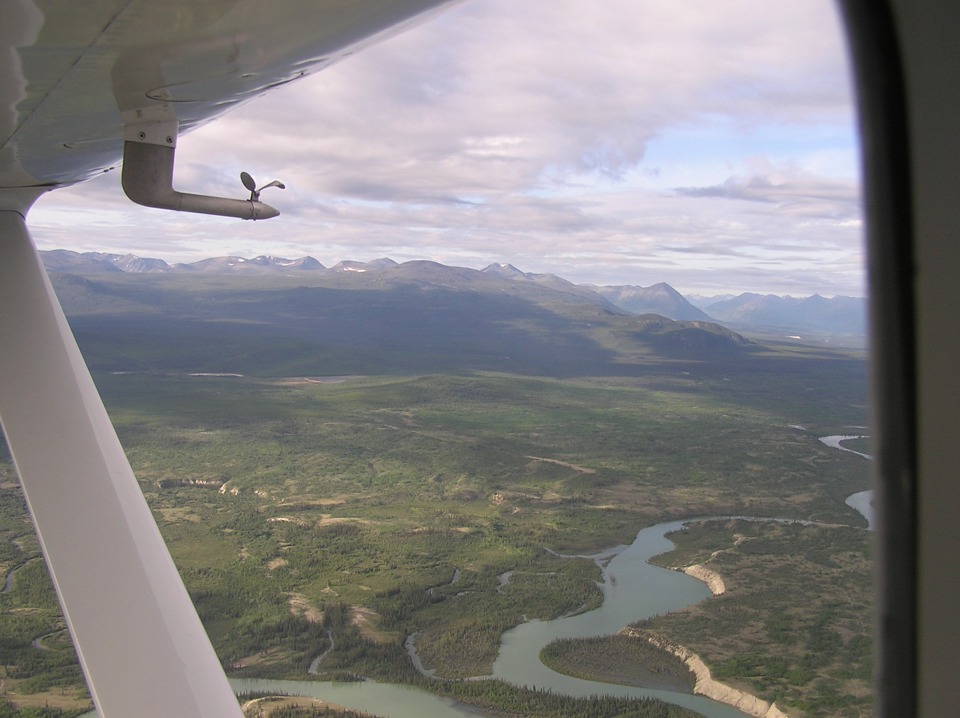 The river is getting closer to the highway in this photo which is panned a bit more to the right. 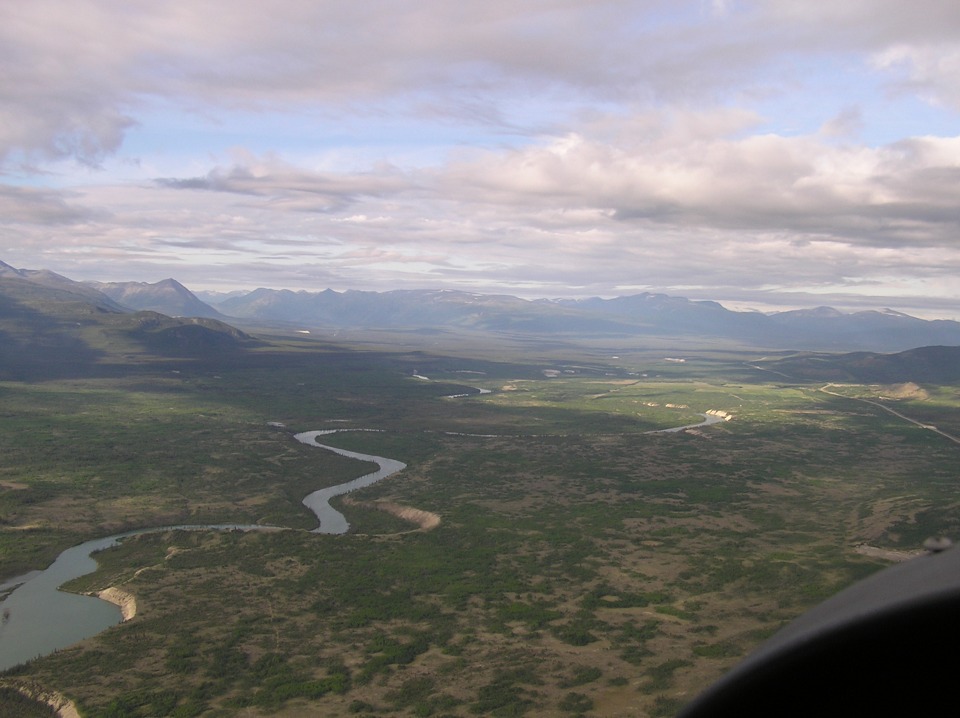 This photo is the last of four that overlap their views.  Today will be the last day of flying the Alaska Highway.  By the end of today, they will arrive at their destination in Anchorage, Alaska. 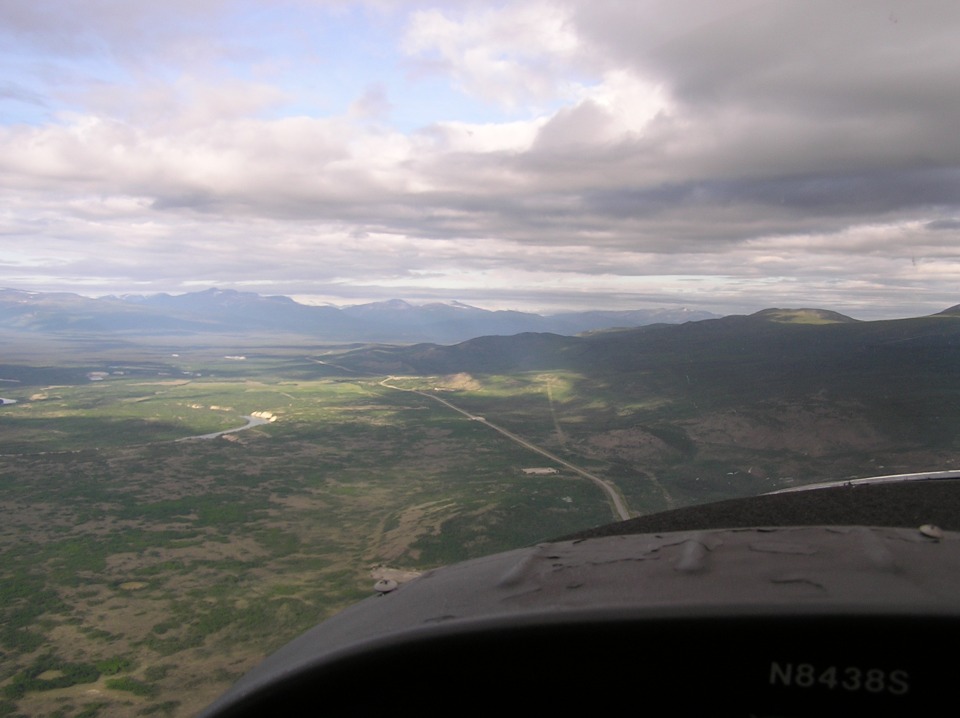 Here is a Google Earth view of the area in the photos above and the departure route from the Whitehorse Airport.  The white line shows the 26 miles measured on the Google map.

About one minute later, the view to the LEFT shows this valley and the one beyond the first mountains off to the south of the route of flight. 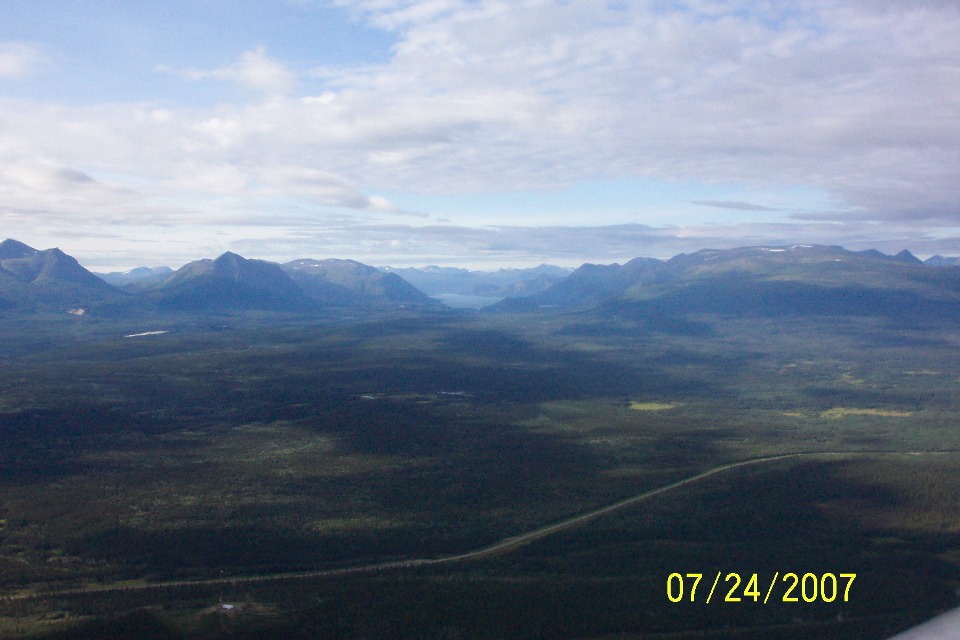 This is the westbound view ahead of a long and lonely highway in this area. 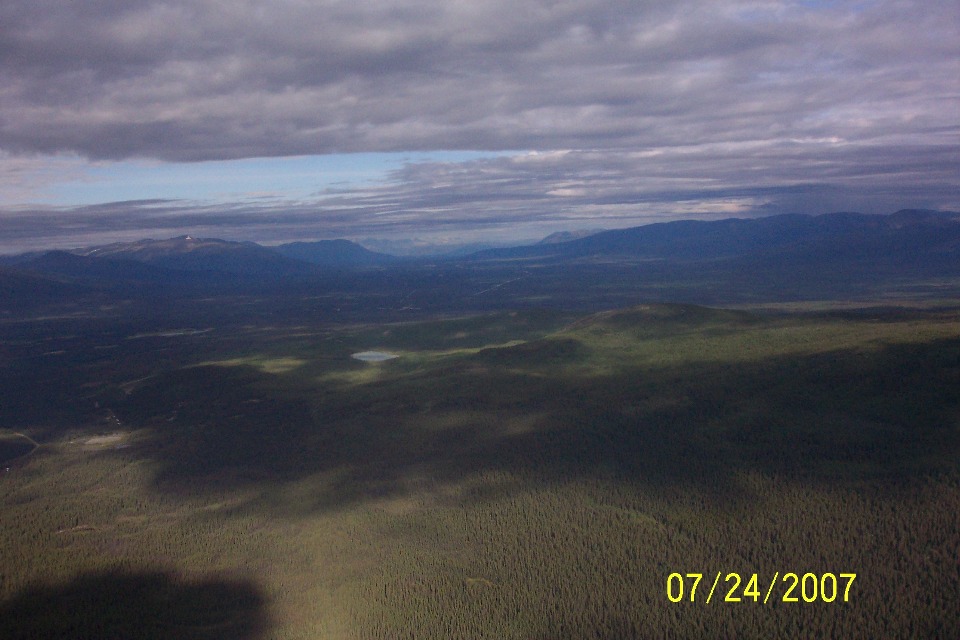