July 24, 2007:  Day 5 continues westward following the Alaska Highway.  There are some homes along the route from what I have seen looking at the aerial photos from Google Earth.  The average ground elevations are 2000-2300 feet MSL along the valley floor from Whitehorse.  I did notice the guys took a detour north from the highway at one point to look at a mountain side.  Terry had said he would be looking at unusual geological formations.  There was one picture missing from the file sequence in this area.  It must have been blurred beyond usability.  This GPS ground track overlay with Google Earth shows how they flew past the mountain to check it out.  My Garmin GPS reports the mountain above 5,900 feet MSL at its highest point.  Neither of them took any pictures as they flew past this mountain. 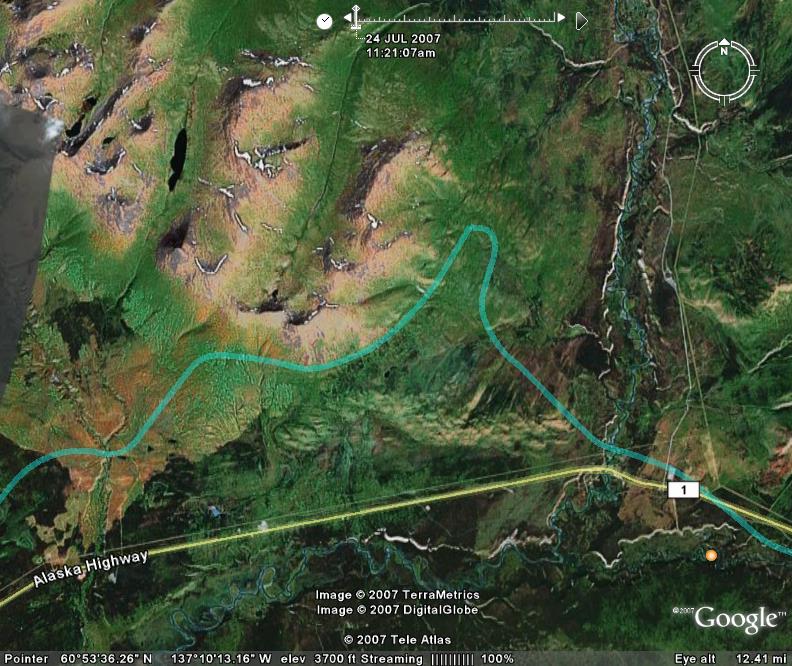 This "in flight" view from Google Earth gives some perspective. 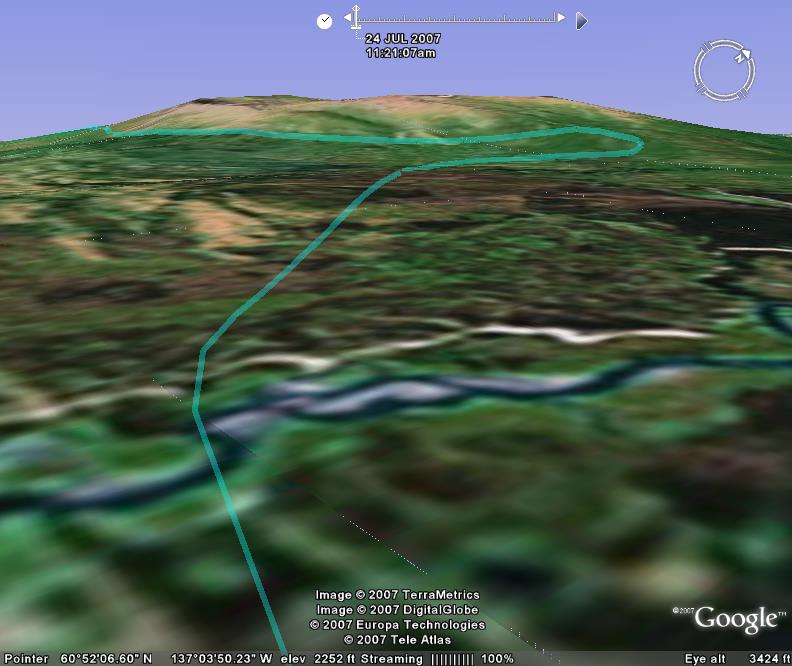 After flying 107 miles west from Whitehorse, the guys make it to Haines Junction, Yukon Territory.  They made a few view diversions and circled over at least one location along the way.  Here is a view of the airport as they approach the town.   You get the idea of the kind of valley they have been following along with the Alaska Highway. 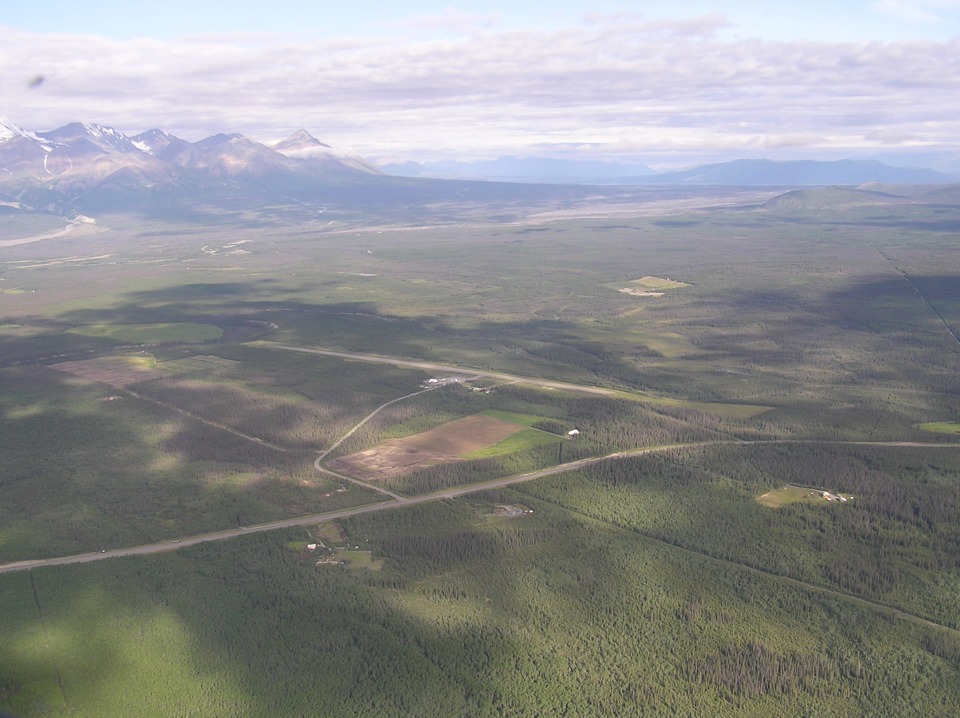 This is the Google Earth view of the Haines Junction area.  The yellow push-pins depict the probable locations of the photos taken by Terry.  The airport is near the center of the photo.  The lower right side of this photo shows a satellite picture segment.  The remainder is an actual aerial photo from this area.  The lake in the NE corner of the photo is called Pine Lake. 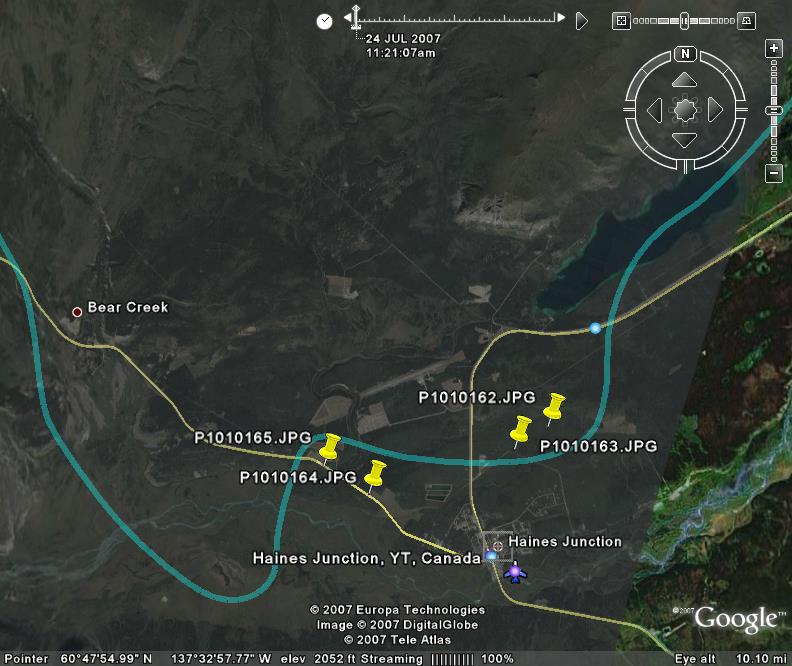 Here are the other pictures taken by Terry in the Haines Junction area.   This first one shows the town and the Dezadeash River there.  The Kluane National Park is south and east from here. 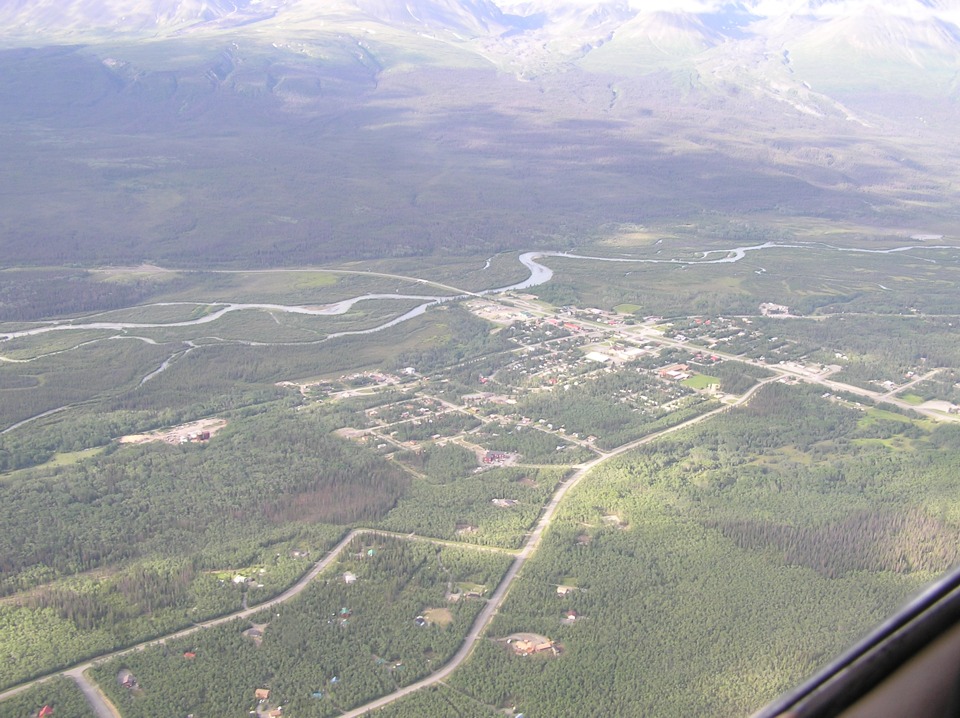 The view of the mountains here is spectacular, to say the least!  These two photos overlap to give some idea of the panoramic view. 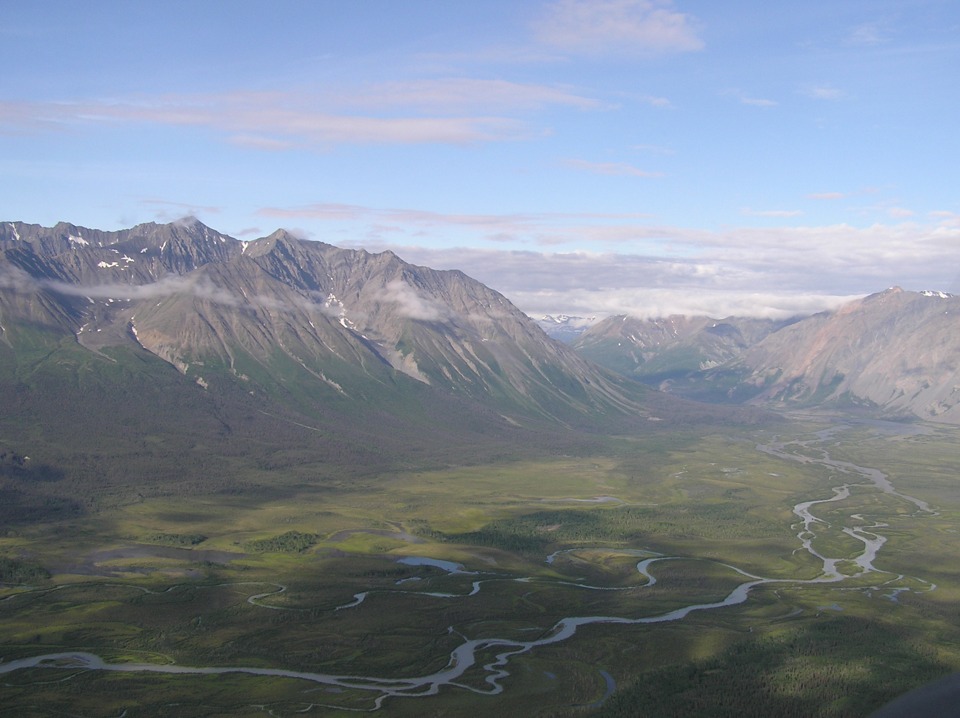 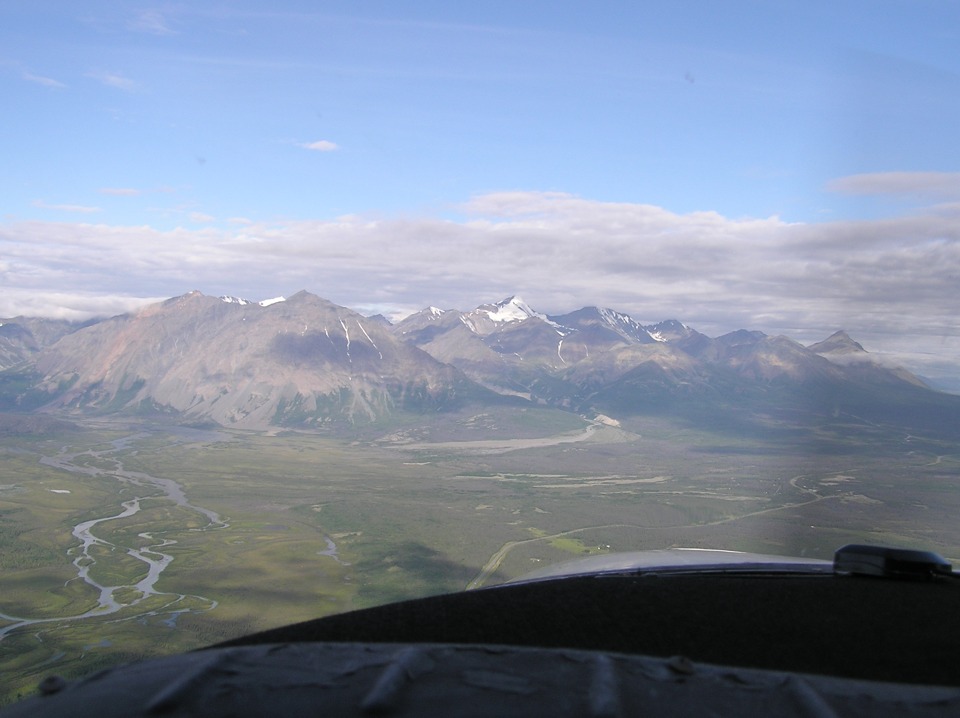 Wendell's camera provided this view with a different view of the river coming out of the valley ahead and to the left. 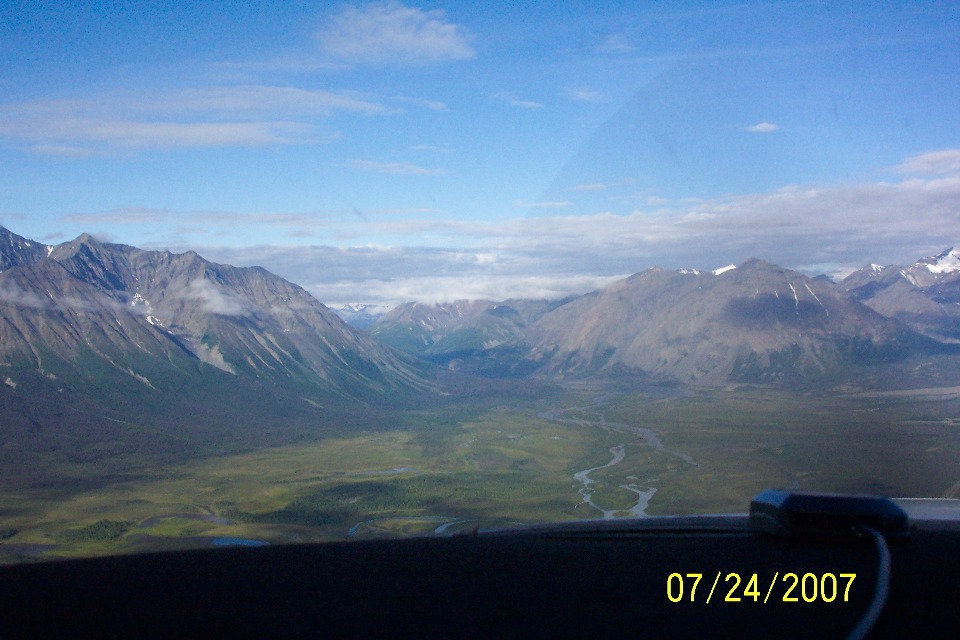