July 24, 2007:  Day 5 continues north and west following the Alaska Highway.  Terry takes the first picture of the airport at Northway, Alaska.  This is a mandatory stop to clear US customs upon arrival from Canada. 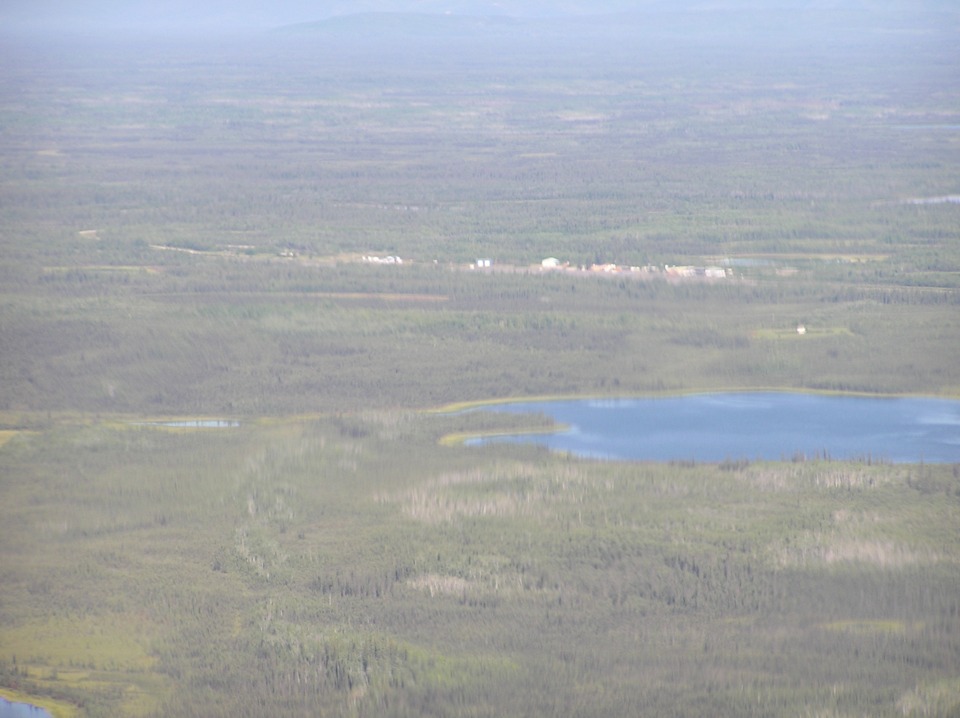 One more telephoto shot from Terry's camera of the usable runway at Northway airport. 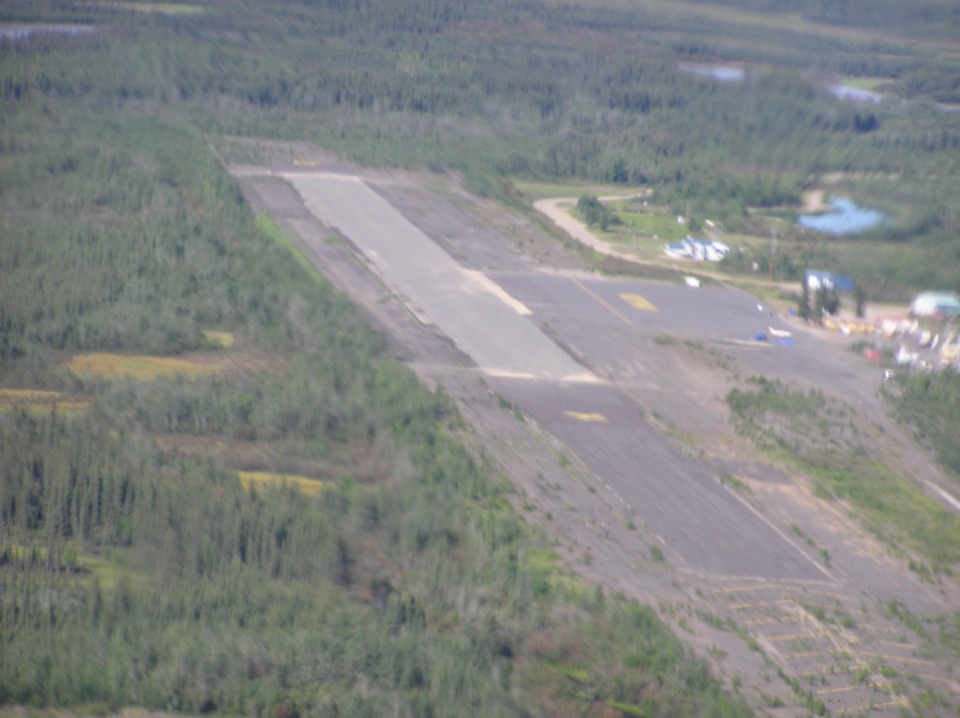 As usual, Wendell has the wide-angle shot giving the big picture of the approach to Northway. 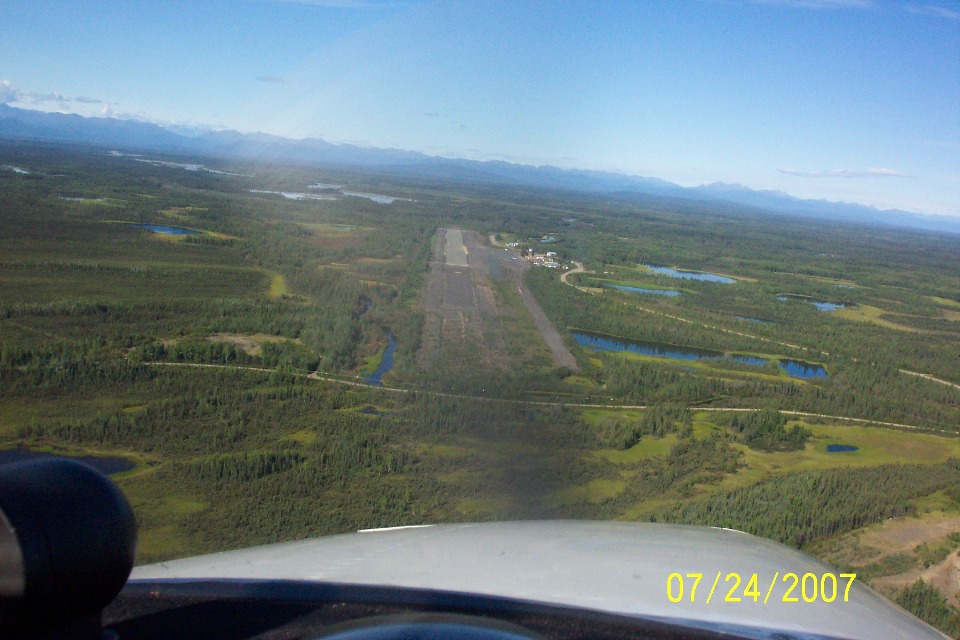 This is Wendell's normal approach photo showing the abandoned end of the runway due to earthquake damage.  There is still 3,000 feet of usable runway down at the other end. 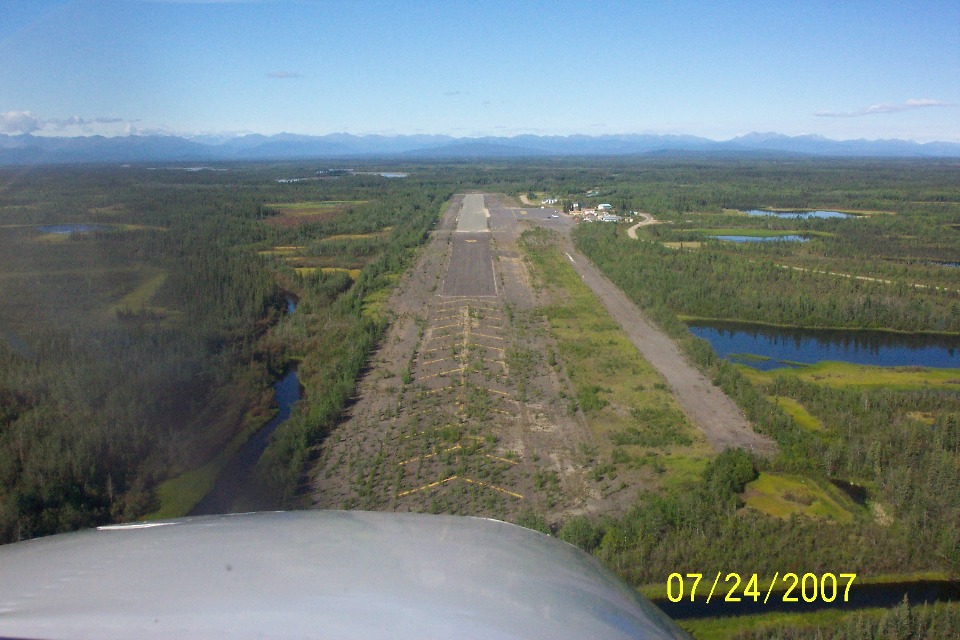 I  cropped the original photo above without any compression to get this "close-up" of the airport runway. 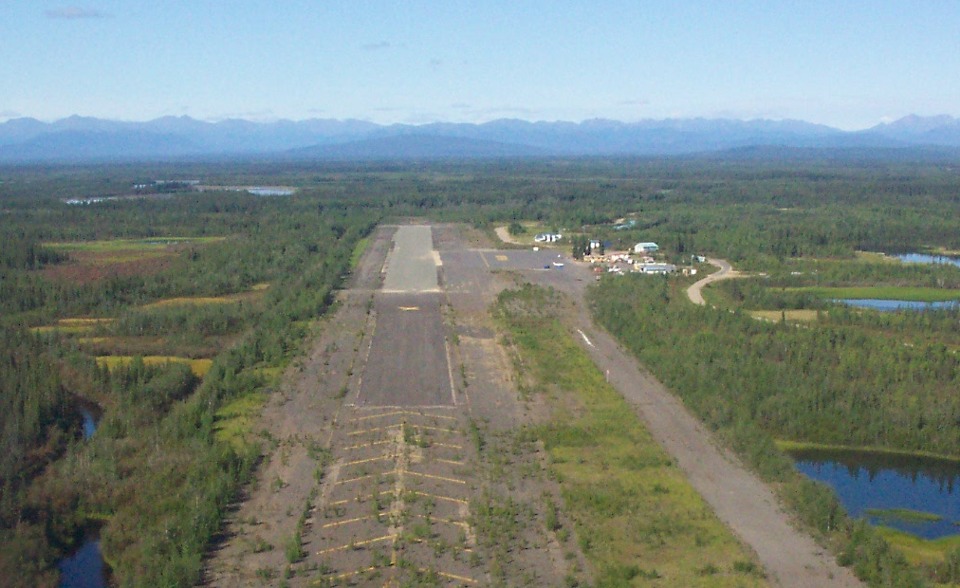 Both Terry and Wendell took photos of this sign at the Northway Airport.   They have come down in elevation from their path in Canada.  Northway is listed at 1,720 feet above sea level. 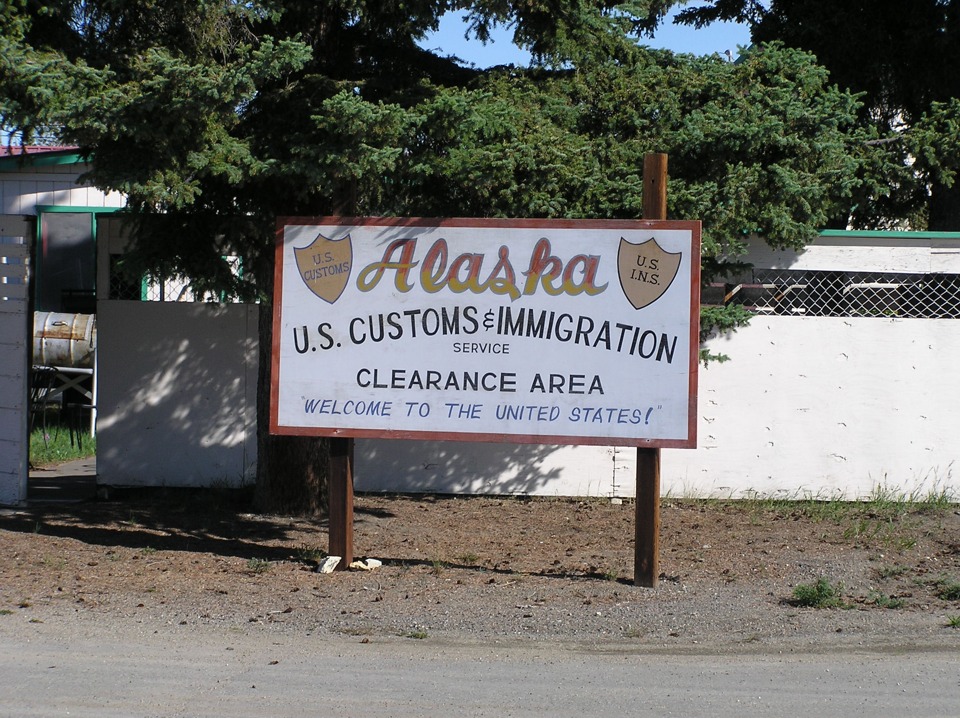 Wendell took this photo of the airport area.  I haven't asked him why yet, but I see the US flag is centered in the picture.  I always feel good seeing the "Stars and Stripes" when I return from a foreign business trip. 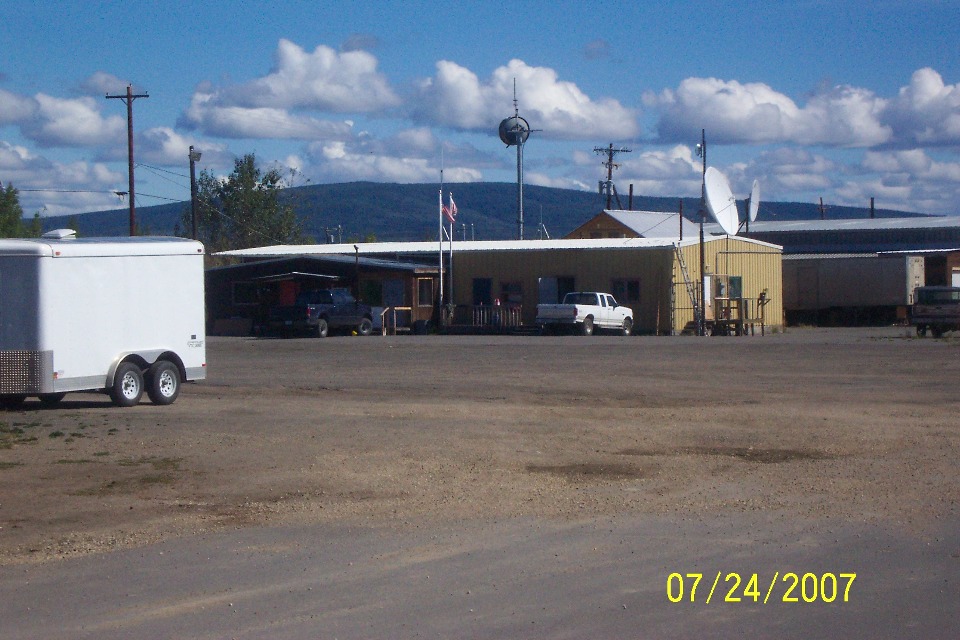 This refueling photo on the ramp is not Wendell's airplane.  Notice the funnel in the fuel tank with the chamois cloth filtering the AVGAS as it goes into the tank.  Terry asked about how much fuel was in the main tank and discovered they were down to the bottom of the tank, nearly empty.  The amount of contaminants down there was not worth the risk to take on fuel at Northway.  The GPS data reports only 2 hours 33 minutes from Whitehorse to Northway, so they decided to press on toward Anchorage and buy fuel somewhere with more fuel and less possibilities of getting contaminants. 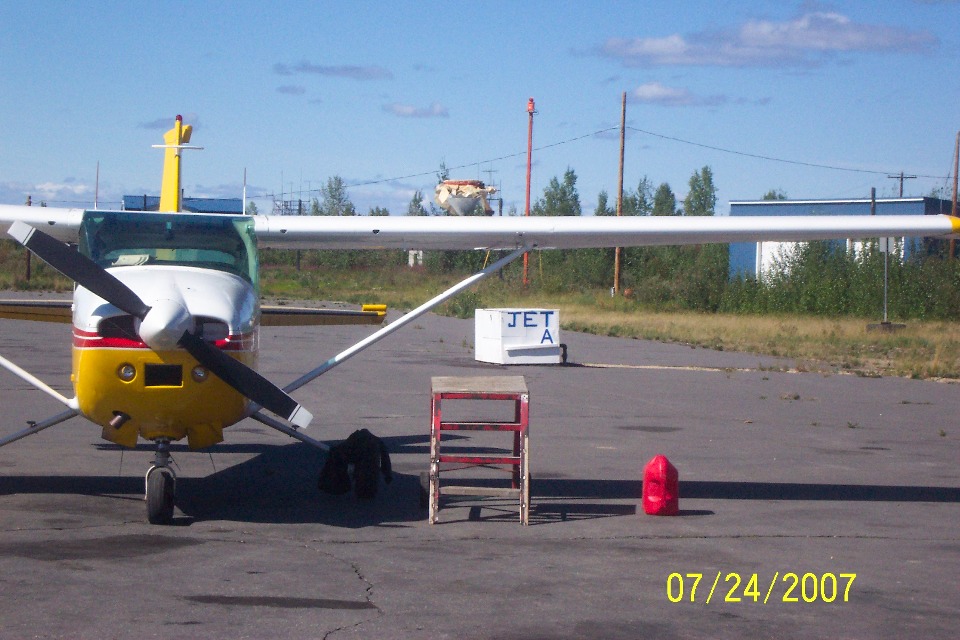