July 24, 2007:  Day 5 continues following the Glenn Highway (route 1) toward the Gulkana Airport for a fuel stop.  The VFR sectional map segment below shows the Gulkana, Alaska airport in the upper right quadrant and the Anchorage area on the left side.  The Copper River drains the valley they are flying into on this page.  The river flows south into the Gulf of Alaska. 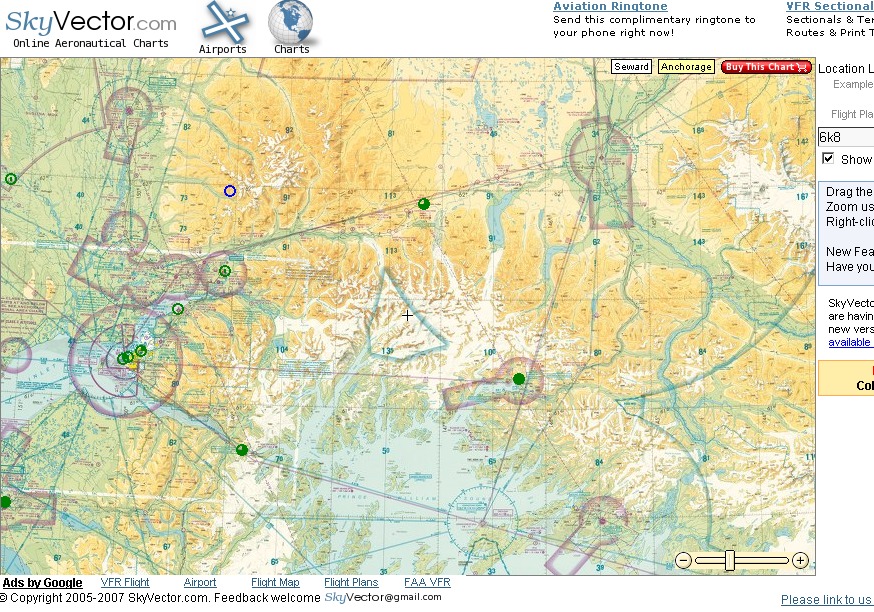 Here is a view of the valley looking southwest as they entered the valley.   Terry has pushed the zoom button to get this view across the valley. 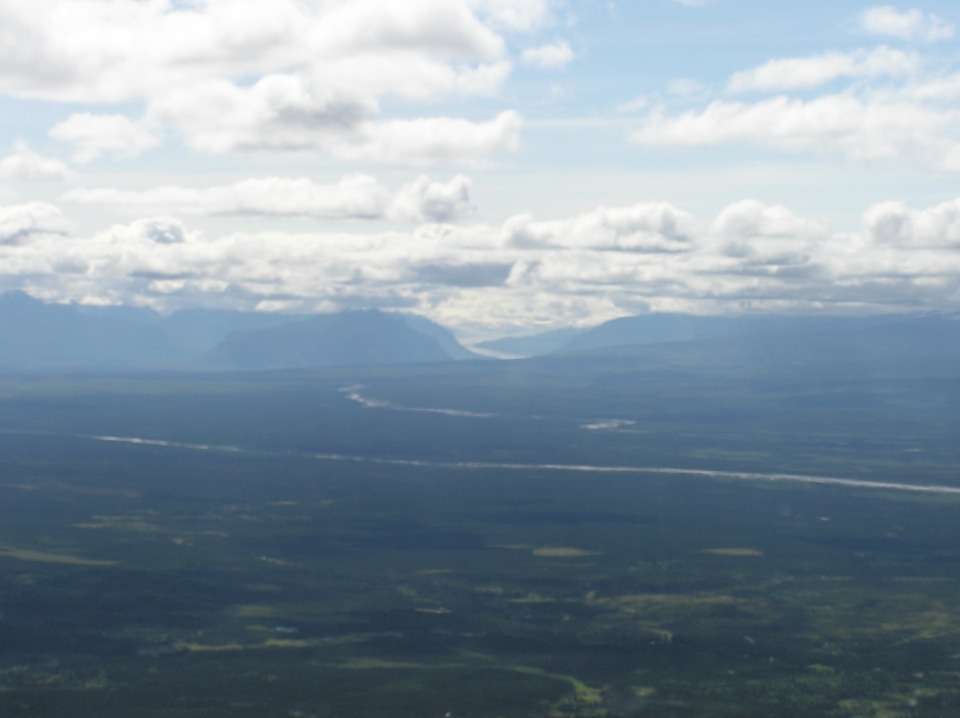 The view to the northwest shows a very broad valley. 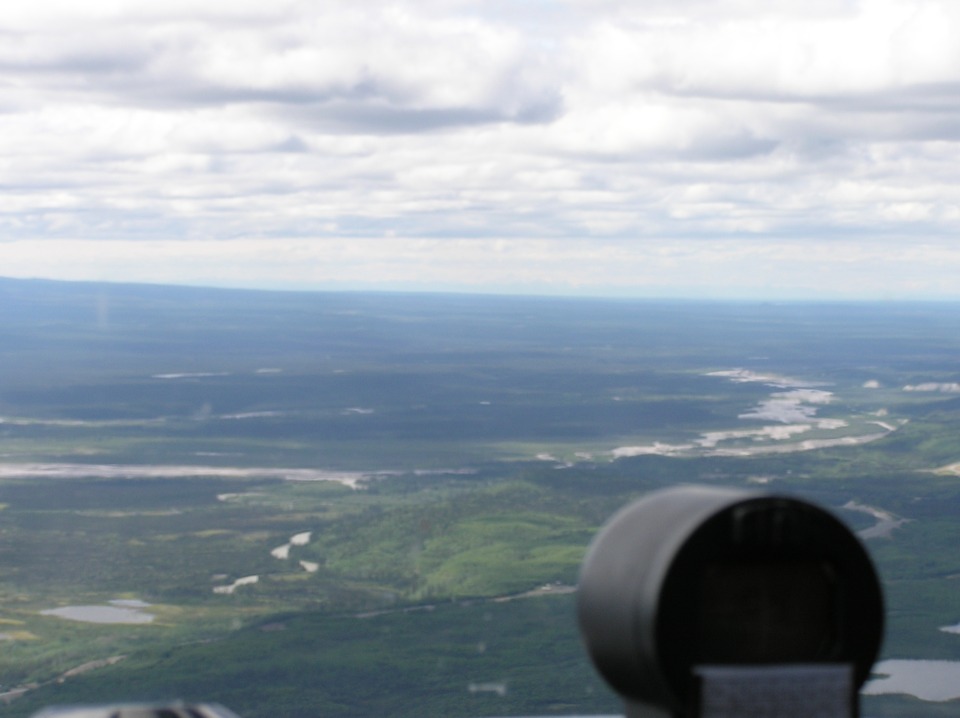 This series of three photos from Terry appears to be taken about five miles northeast of Christochina, Alaska. 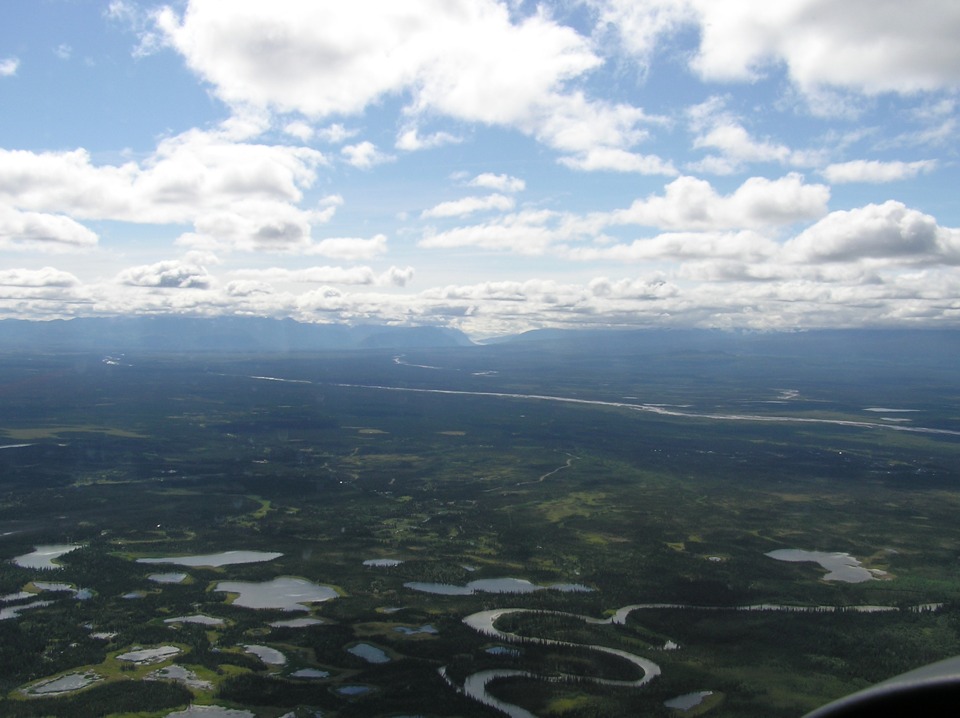 This is the initial approach to Gulkana, Alaska airport taken by Wendell. 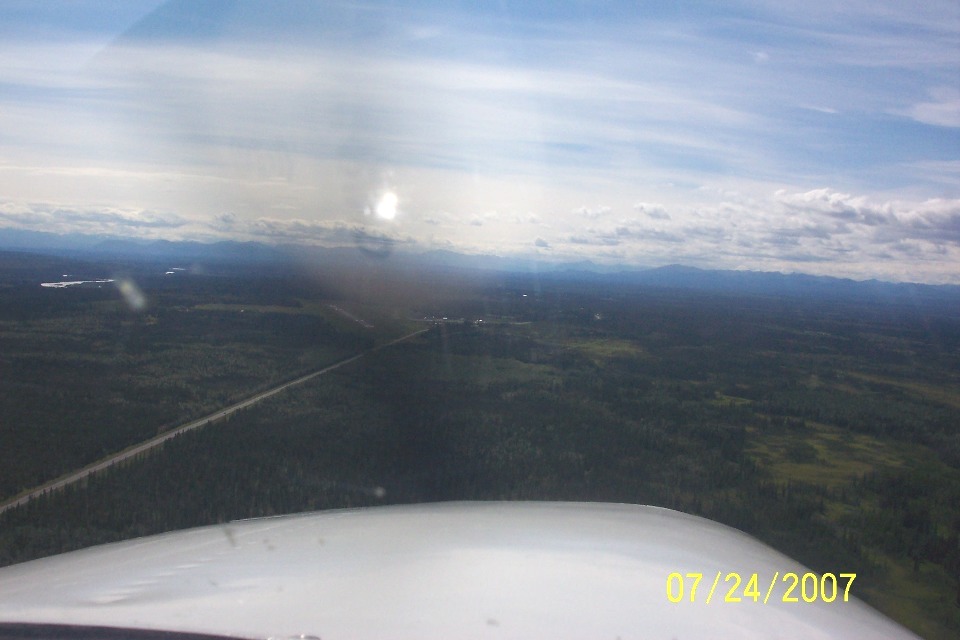 This photo is the usual approach to the runway at Gulkana.  That car on the highway is heading in the direction of Anchorage.  That white "patch" in the grass at this end of the runway is a big white "X" in front of the LEFT SIDE of the runway to indicate that side is CLOSED. 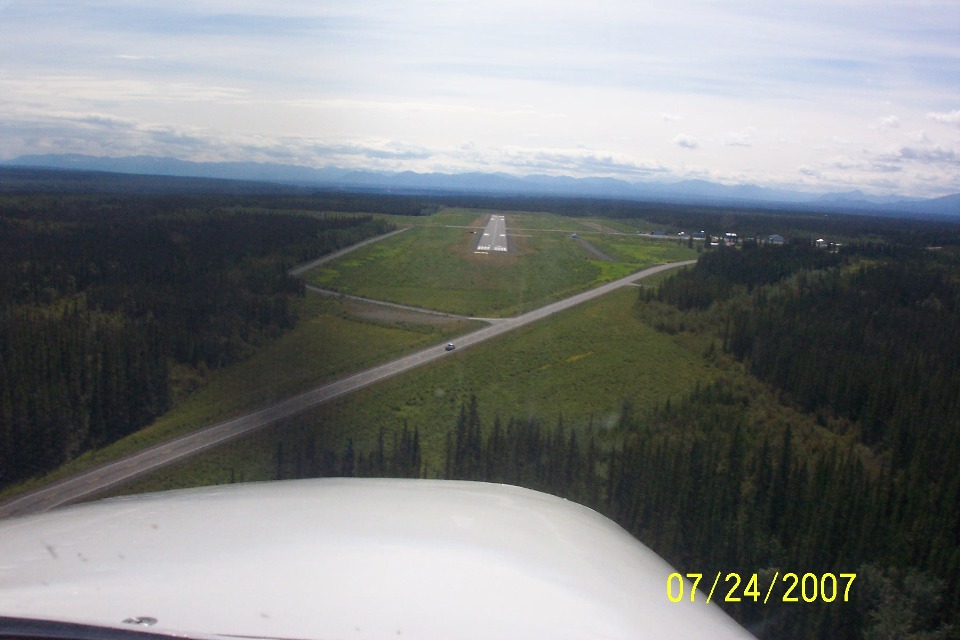 The interesting thing about the airport when they arrived:  Half the runway was closed for resurfacing.  They had to land on the right side of the 100-foot wide runway.

Terry took this view on the ramp at Gulkana Airport looking back toward the runway. 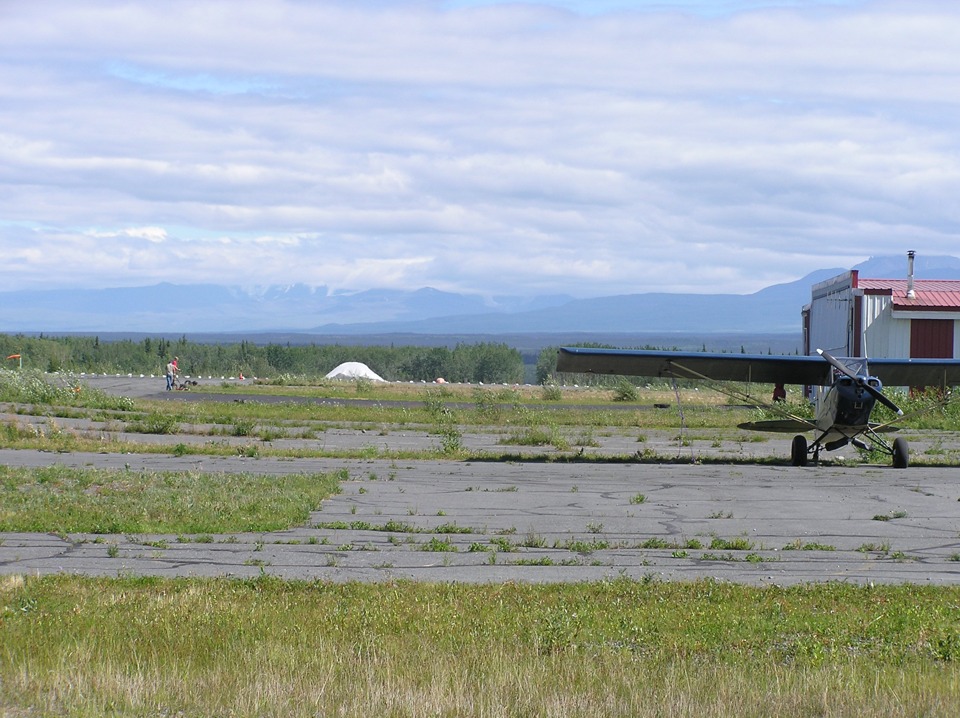