July 24, 2007:  Day 5 continues with a holding pattern inside the airport area for Elmendorf.  Wendell had a chance to really practice his "turn around a point" maneuver today.  This is a maneuver that ALL pilots must learn in order to pass the check ride with an FAA pilot examiner and become a licensed pilot. 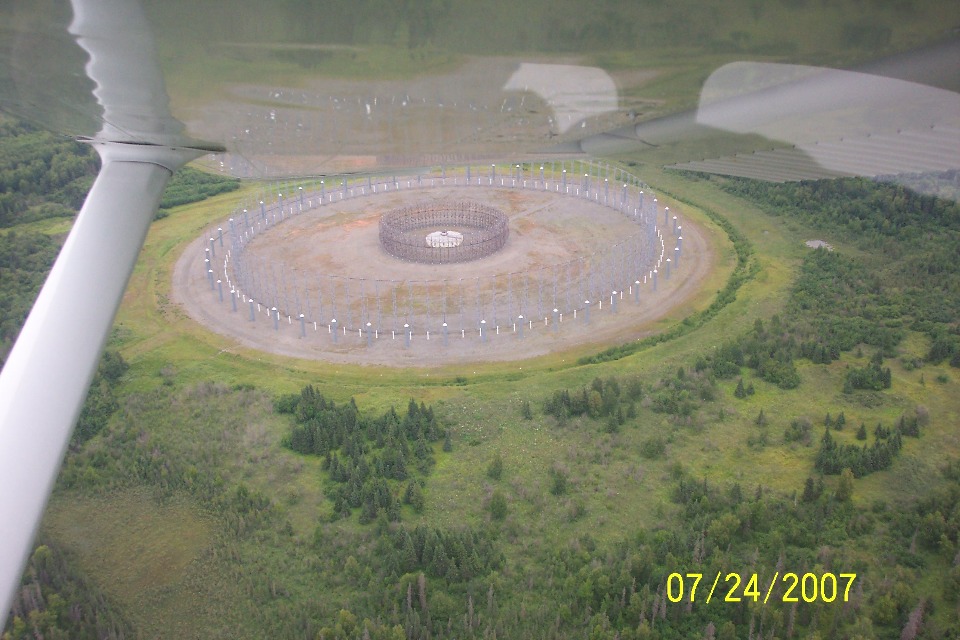 Terry got the same photo with his camera, but with the zoom lens pushed as always. 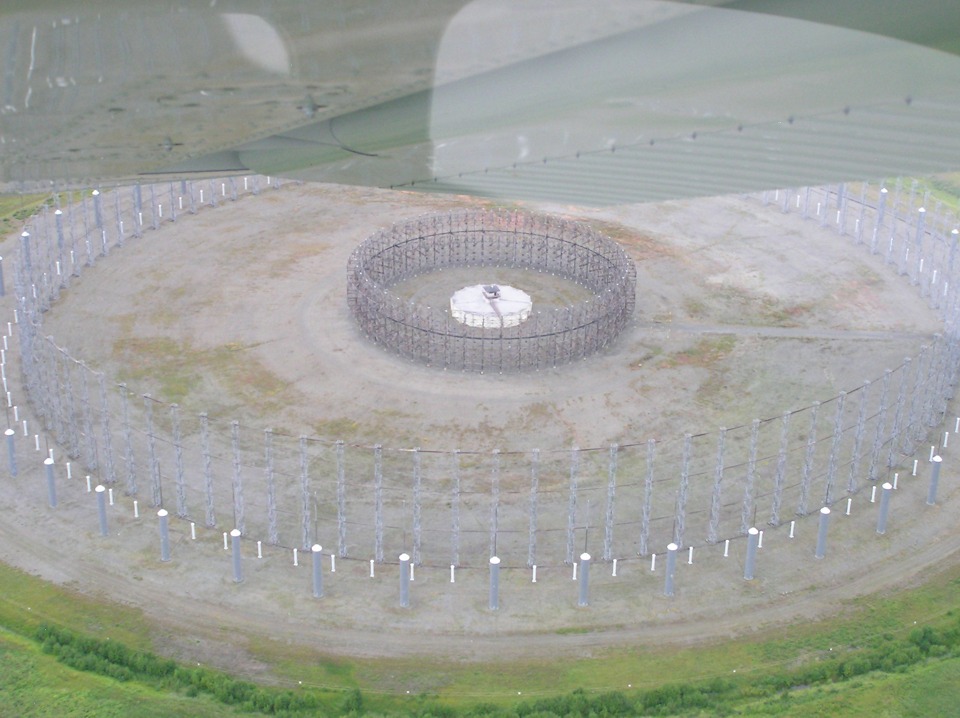 Let's just call this the "Merry-Go-Round" holding pattern.  This GPS ground track view of the runway and the river tells the story.  One loop over the river and FIVE around the antenna array before being cleared to land on the runway.   All the jets finally took off for their training exercise. 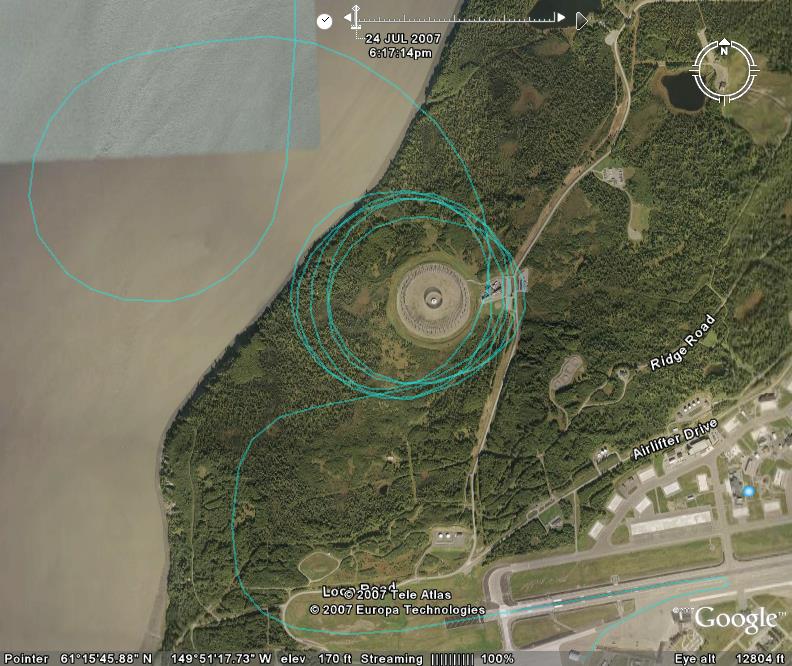 Finally, they get to turn base leg to the runway.  Terry took this view looking toward the city. 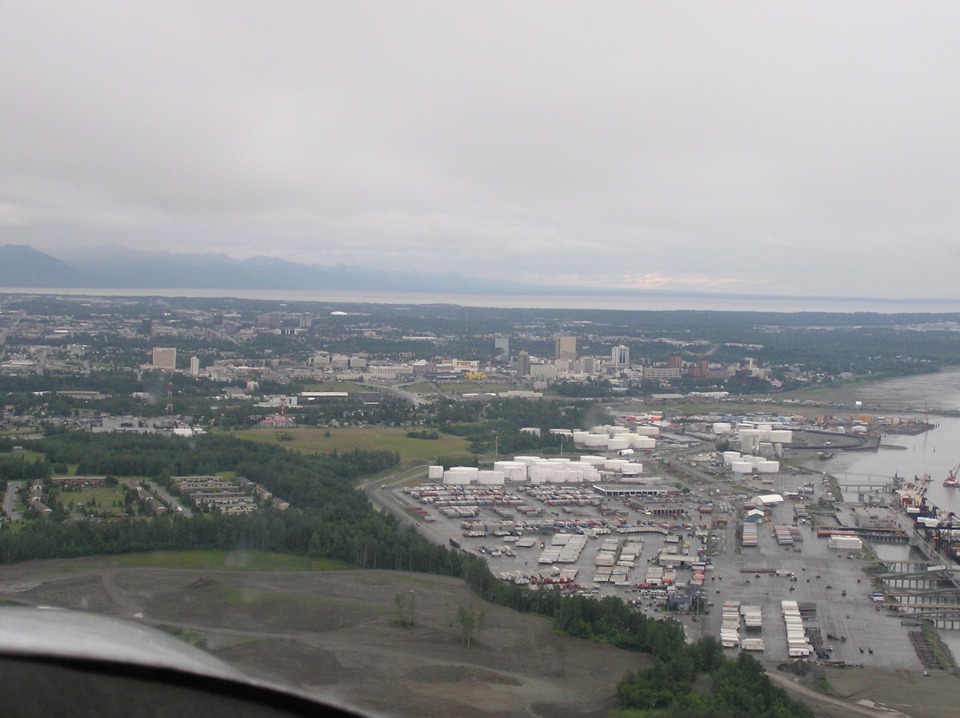 This is what they have been working toward for the past FIVE days.  The total flight time has been over 32 hours to get here. 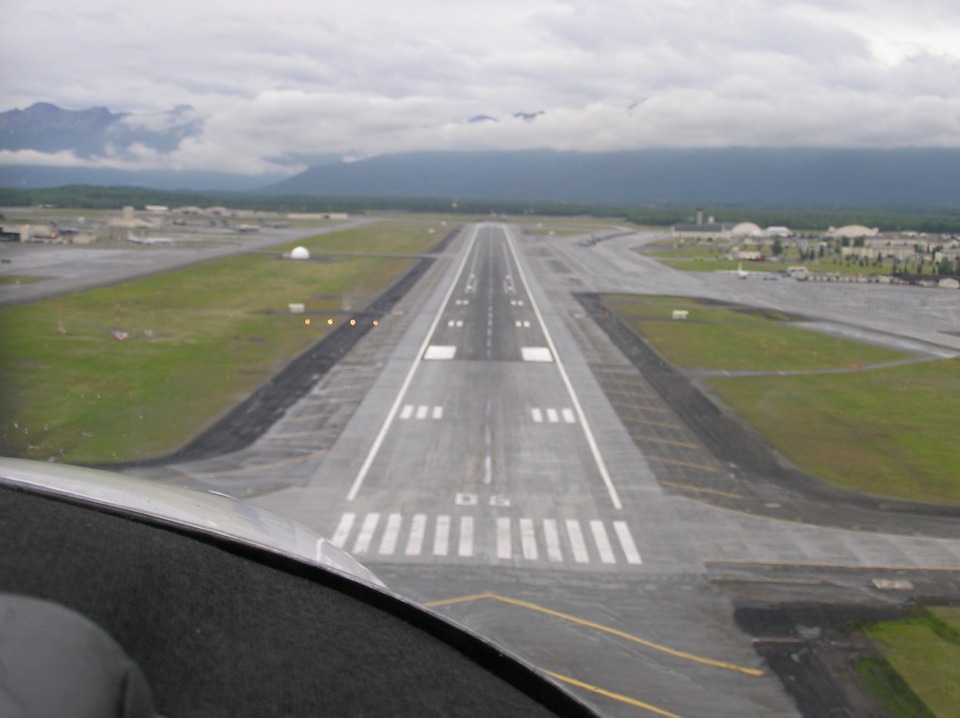 Can you guess where they parked the airplane?  This hangar is the one used by the flying club at the air base.  The young man who bought the airplane (Ken) is in the Air National Guard and works at this base.  Terry retired as a full colonel from the US Army, and that is another reason they were approved to land at a military airport with a civilian airplane. 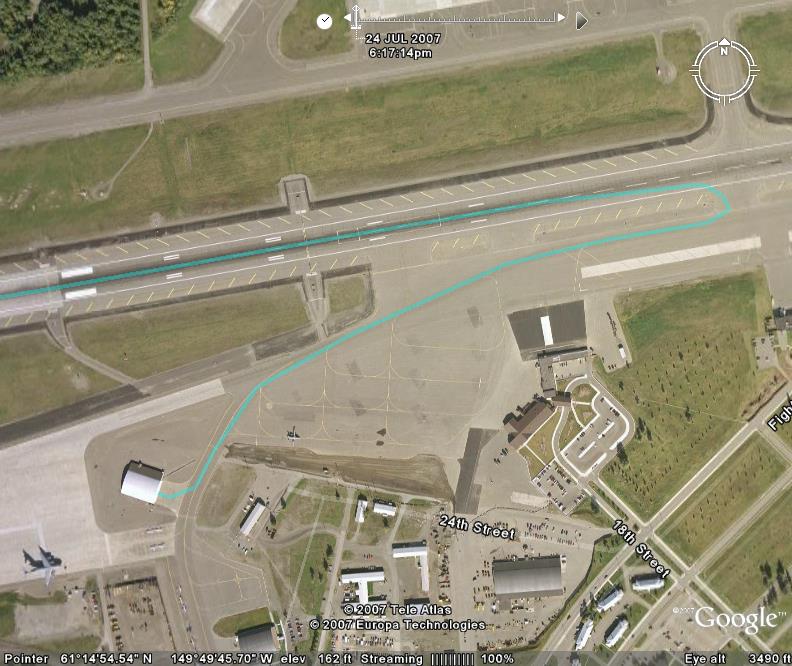 The back seat and the baggage area were both stuffed with luggage and the survival gear required by the Canadian government for their flight up the Alaska Highway through all that empty country they crossed during days 3, 4 and the beginning of day 5 of the trip. 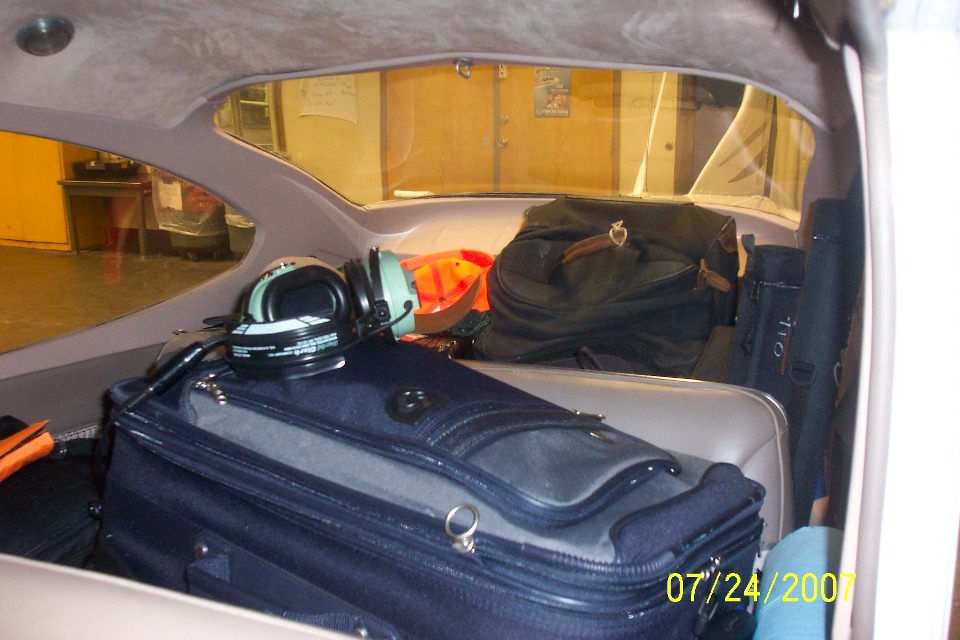 This view looking through the cabin shows the baggage and a view of one of the flying club airplanes in the background.  I knocked out the flash reflection from the side window when I processed this photo. 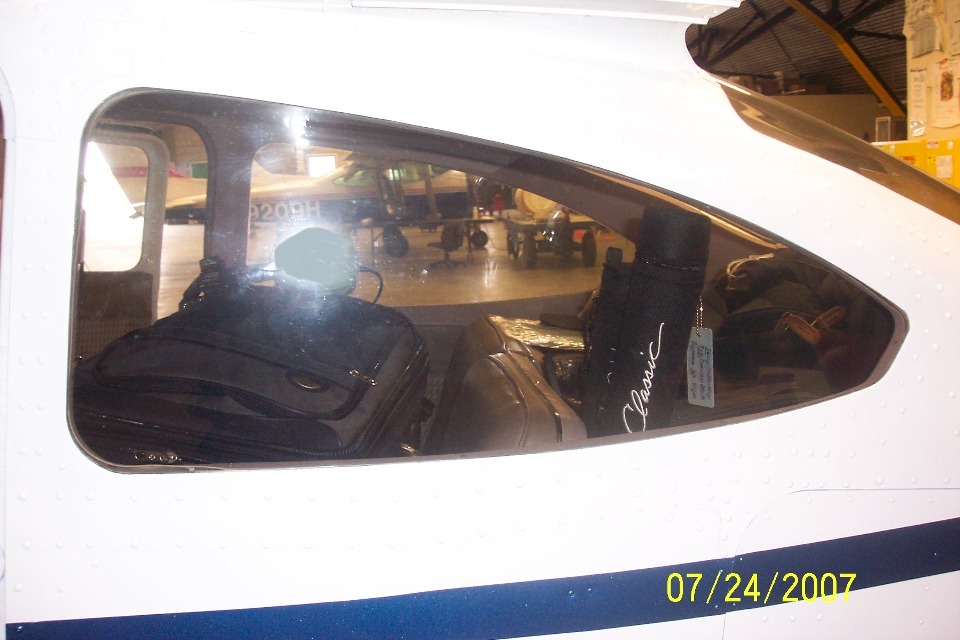 And this last symbolic photo of the trip shows Wendell's feet.  I would guess that he is "Dog Tired" after this trip.  This was taken at Ken's house later that evening.  I don't know if this photo was accidental or intended, but it does convey a message. 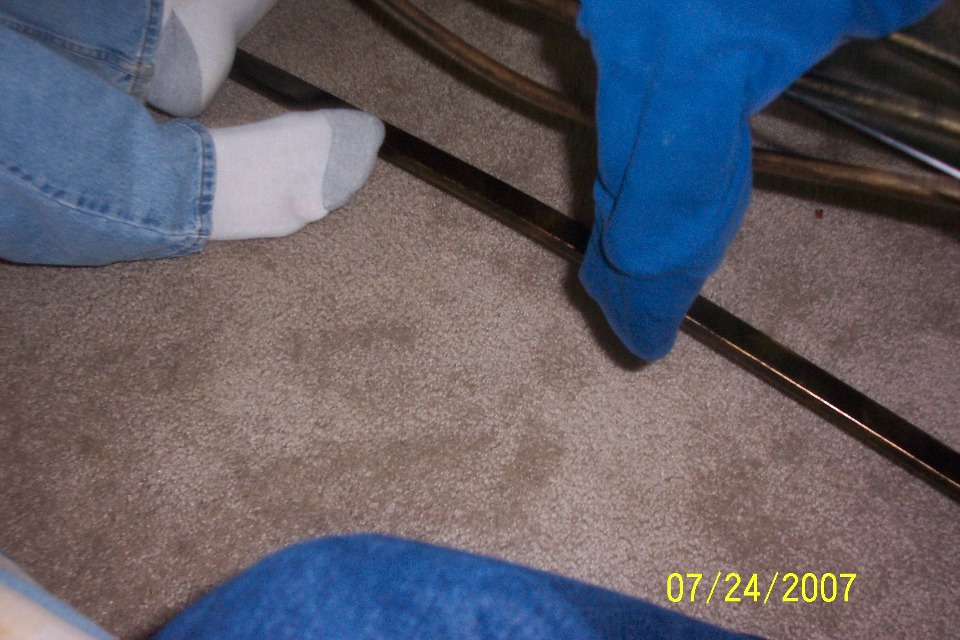 There is still more to share, so don't forget to come back for more when I can get the remaining photos published to the web site.