July 26, 2007:  Day 7 - The flight to Kenai, Alaska for a salmon fishing trip.  Terry got this picture as they entered the pattern for a "right downwind approach" to the Kenai Airport.   That building with the red roof near the bottom of the photo is a Pizza Hut.  The McDonald's Golden Arches are on the left side of the road just past the curve and the trees. 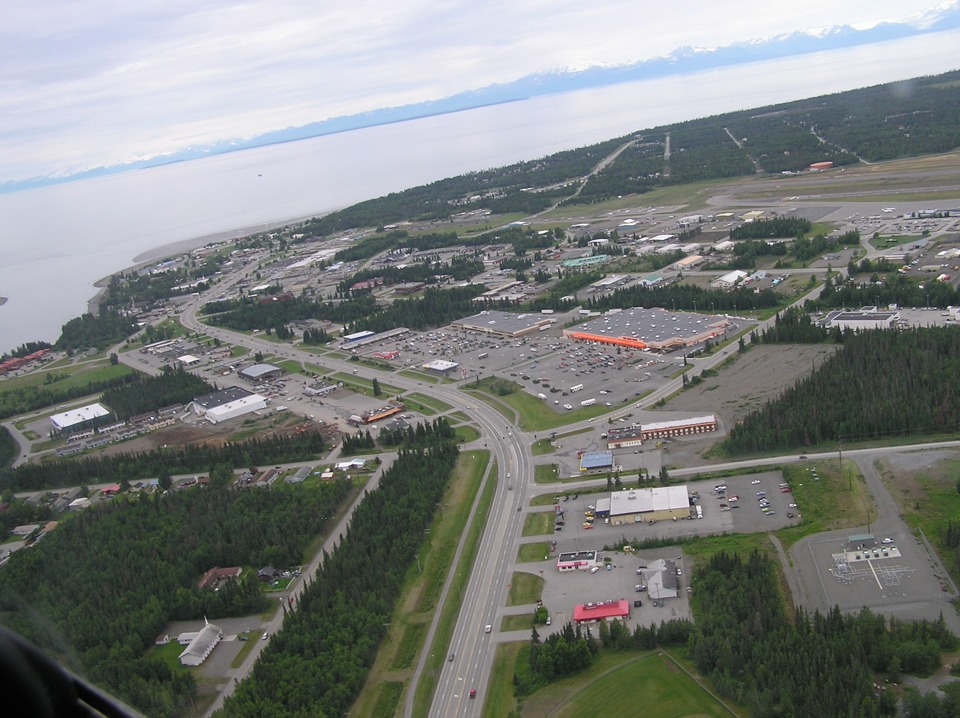 Wendell's photo from the back seat reveals The Home Depot store at the highway and a pair of large satellite communication dish antennas near the airport facilities. 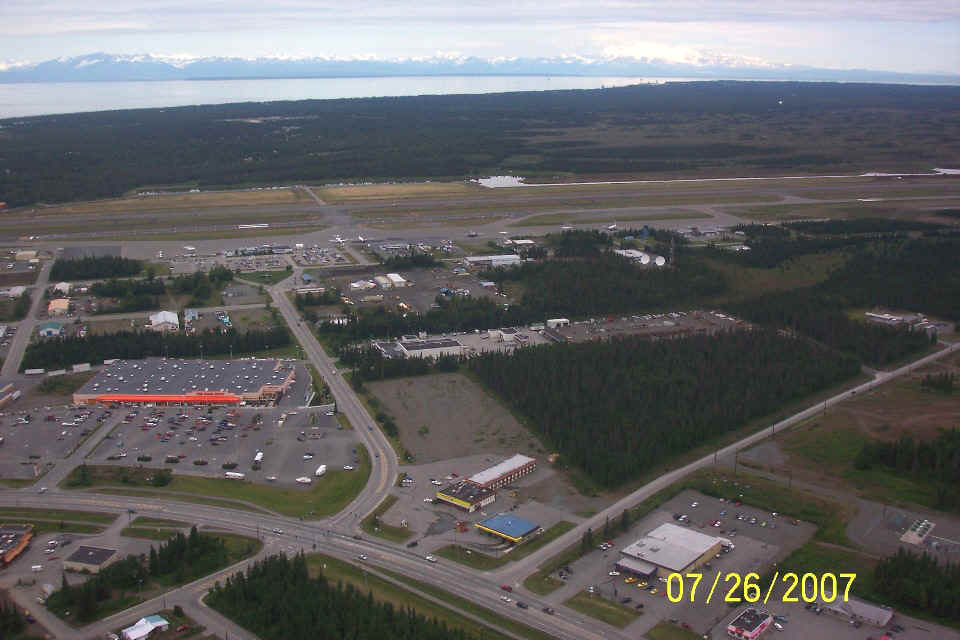 This shot is looking out the LEFT side of the airplane looking southeast at "Bridge Access Road" crossing the river out there.  You need to examine this picture closely.  There is a story to be told about the tidal action here. 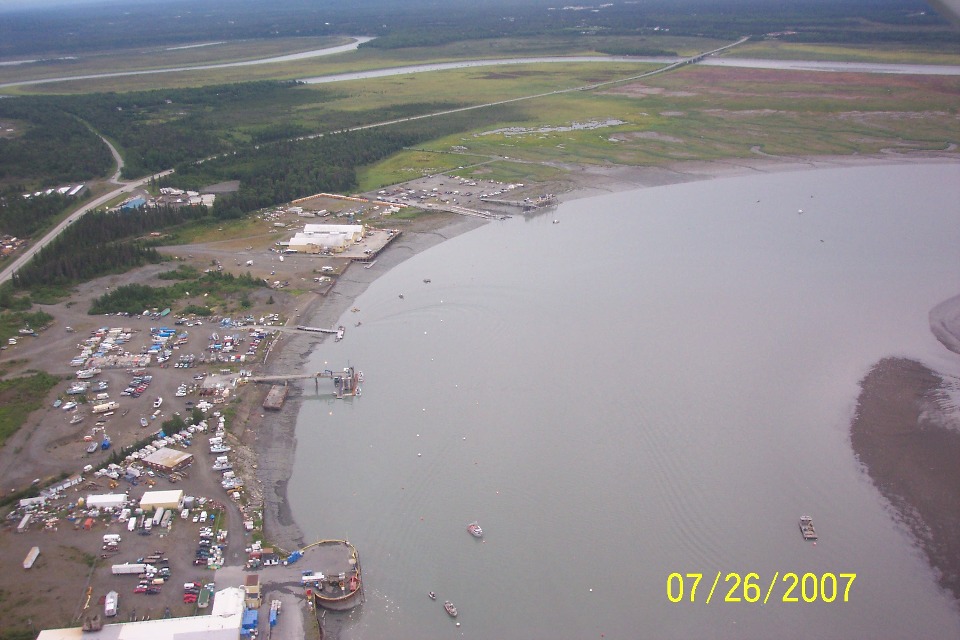 Here is a closeup cropped from the original photo above without any JPEG compression.  The barge at the center of the photo is high and dry in the mud.   Notice the pier just past the barge has a floating dock moored to the concrete pilings of the pier.  Look at the floating pier just beyond where the boat is pulling in with a shallow wake.  The secret is the tide changes about 24 to 25 feet from low tide to high tide here.  I saw a similar tidal flow when I visited Eastport, Maine back in the 1980's.  I was on one of my satellite field trips to New England.   The Bay of Fundy has 26 feet of tidal action at Eastport. 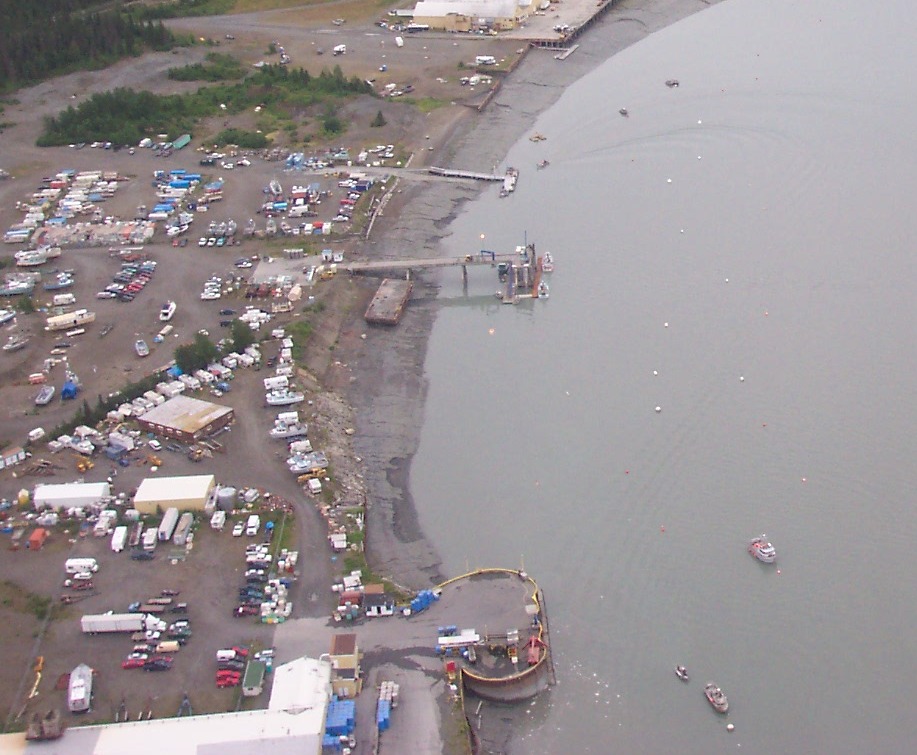 I get the idea these folks are fishing for something, I know not what.   Given the tidal action here, they can't stay long out there. 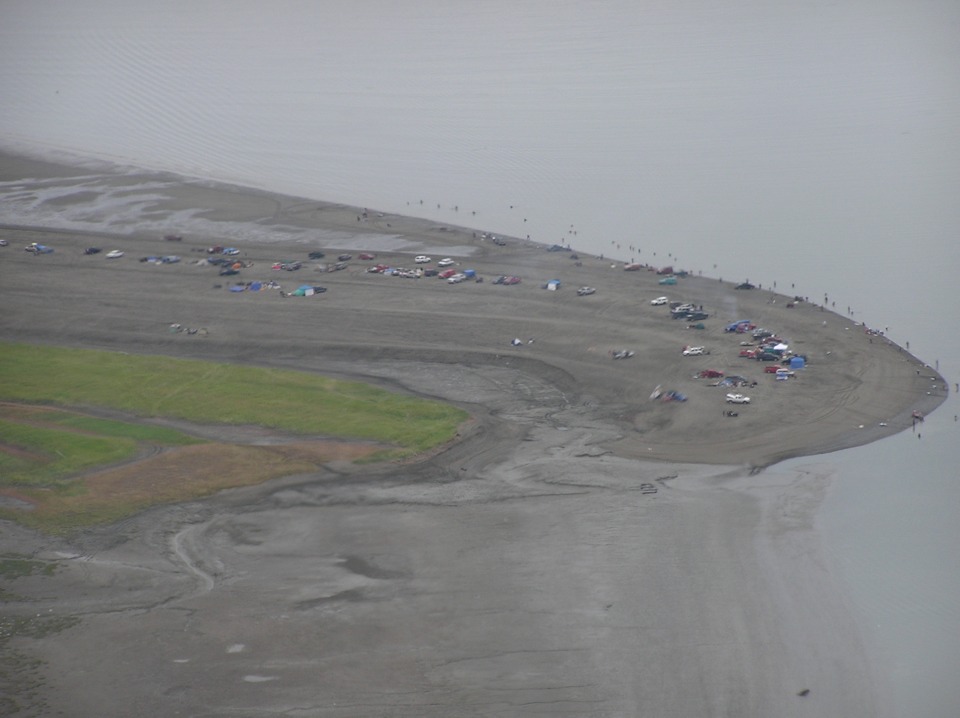 I am not sure if this photo was a misfire of Terry's camera or what?  It does show that a lot of folks like to come down to Kenai in their RV campers and motor homes during the summer. 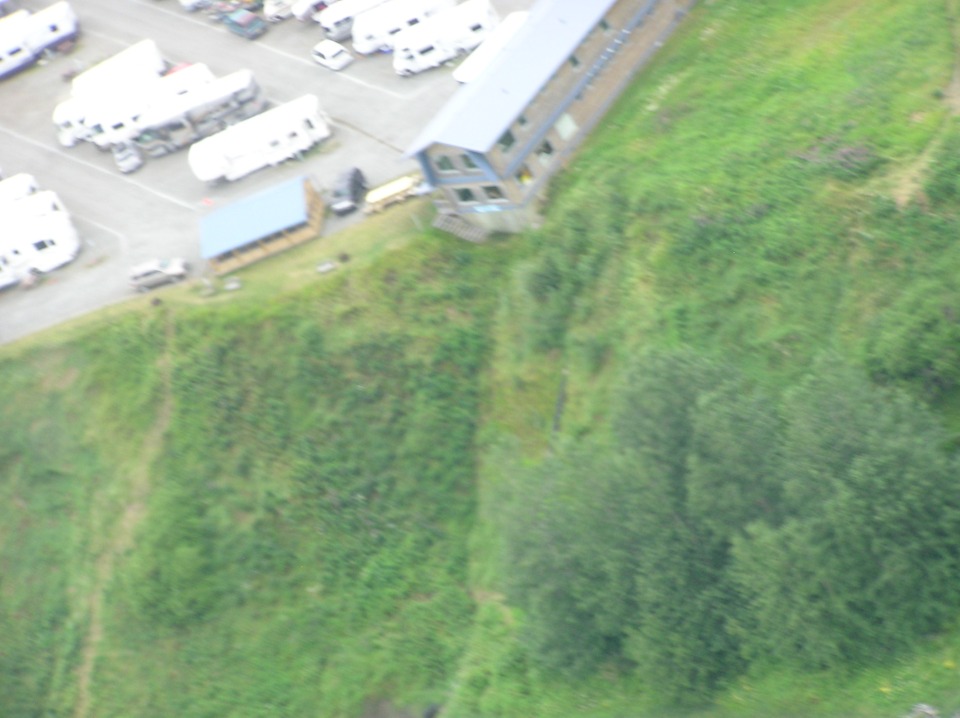 The landing was 50 minutes after engine start at Anchorage at 11:38 AM local time.  Here is a Google Earth aerial photo with the GPS ground track of the approach to the Kenai Airport.  Yep, the control tower told them to land on the taxiway, not the MAIN runway -- more airport maintenance underway there.  It is kind of like in the lower 48 states, the highway department always works on the roads during peak vacation driving season. 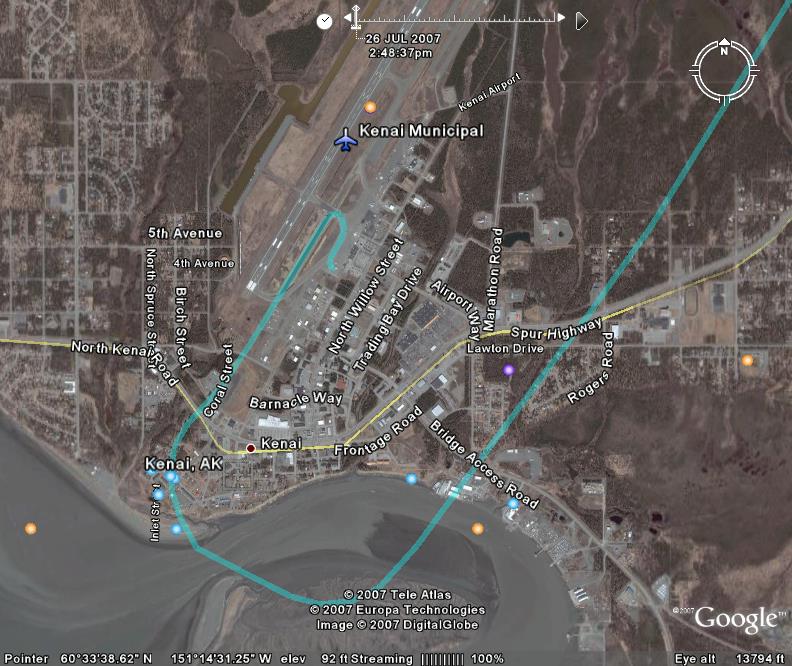 If you study the older aerial photo from Google Earth, then compare it with the SECOND photo at the top of the page, you can see how the "taxiway" in the Google photo has been fully painted as a runway in the second photo near the top of this page.   You can also see a water landing strip in both of the photos.  It is on the west side of the paved runways.  Here is the same photo but with the GPS track of the takeoff.  The water landing strip shows up better at a closer zoom level. 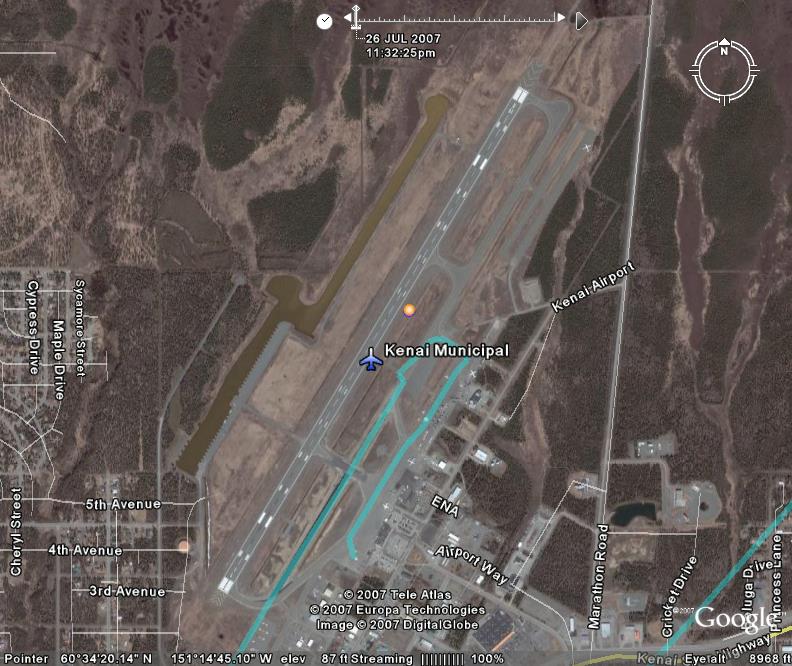