July 28, 2007:  Day 9 - Wendell is ready to head back to Anchorage after spending part of yesterday and last night with some friends who live in Palmer, Alaska.  Even at their home, there is always something in the air to mark the last day in Alaska.  The hot air balloon in the distance is a much more relaxed way to float across the landscape of America's Last Frontier. 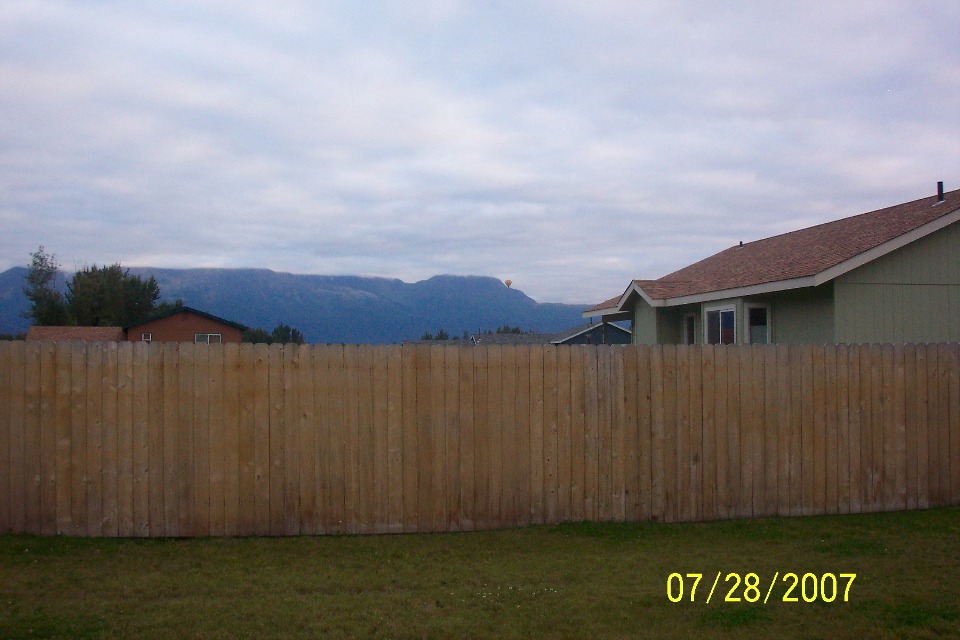 What't this?  Wendell actually taking a zoom lens photograph?  It really makes a difference standing on the ground.  He told me about how many times in the five-day flight from Georgia to Alaska that he was being tossed around in the Cessna due to air turbulence.  That was probably why he took wide-angle photos most of the time during the flight. 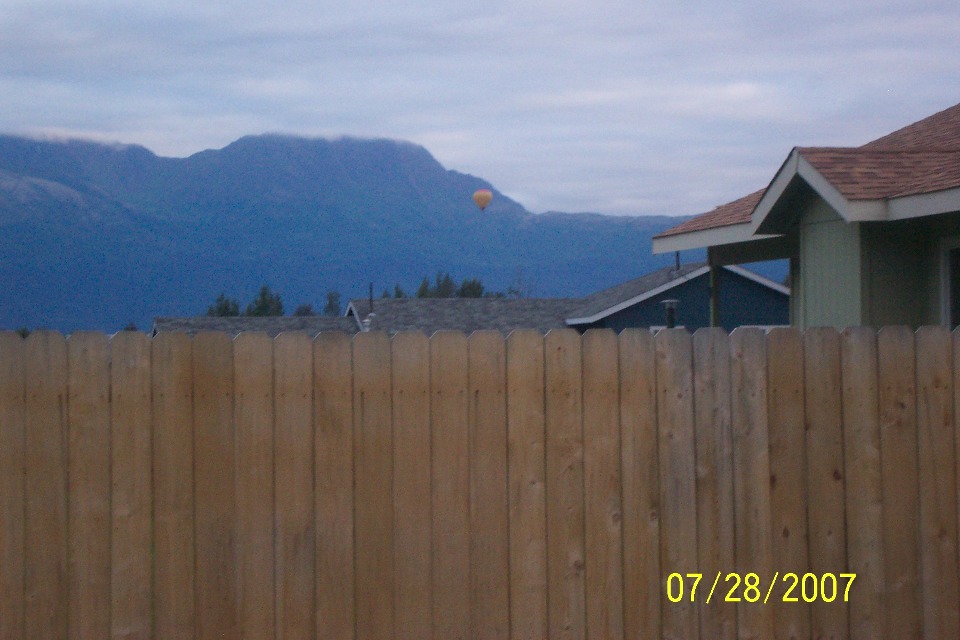 Here is the goodbye wave from his friend as Wendell heads back to Anchorage on this Saturday, July 28, 2007. 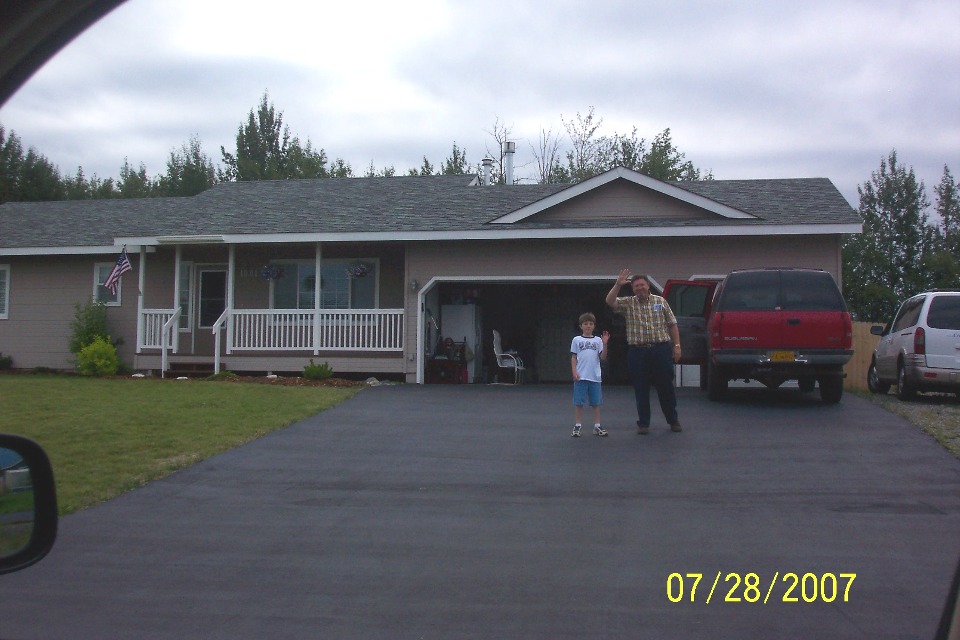 Along the way, Wendell passed another lake, with yet another float plane taking off, as if on cue, just for this classic photo.  This is a DeHavilland Beaver on floats.  Pilot and actor Harrison Ford has one of these airplanes.  It is the same type airplane featured in his movie "Six Days Seven Nights" released in 1998.  He bought his Beaver after the movie. 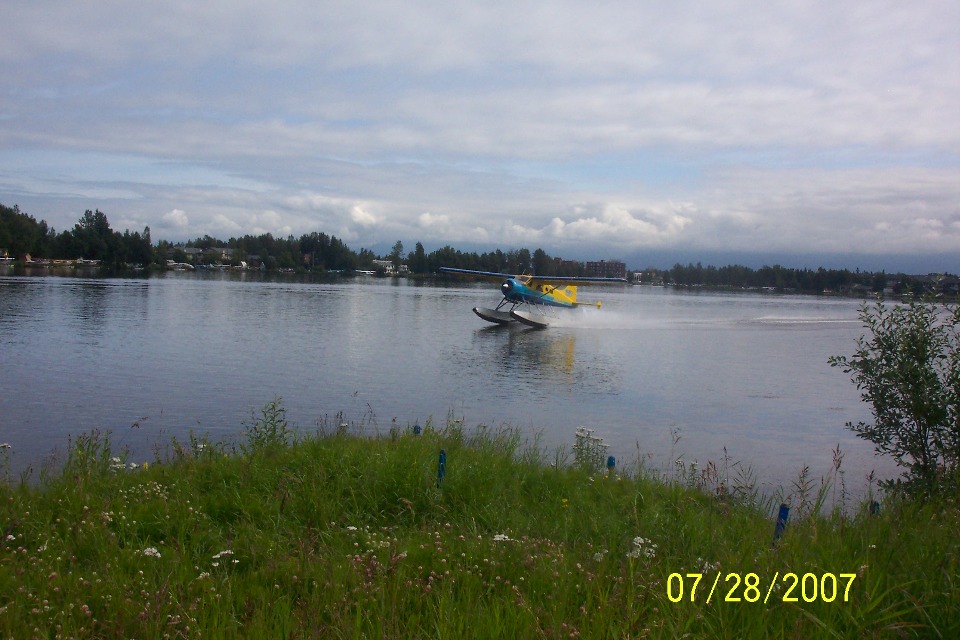 It is a day for goodbyes, and this one is fitting.  Just as this float plane flies away from Wendell's vantage point, so must Wendell and Terry fly away on this Saturday night, from the Anchorage International Airport.  Their next flights are in coach from Anchorage to Las Vegas, Vegas to Charlotte, then Charlotte to Chattanooga.  How do you say "RED EYE" in eskimo? 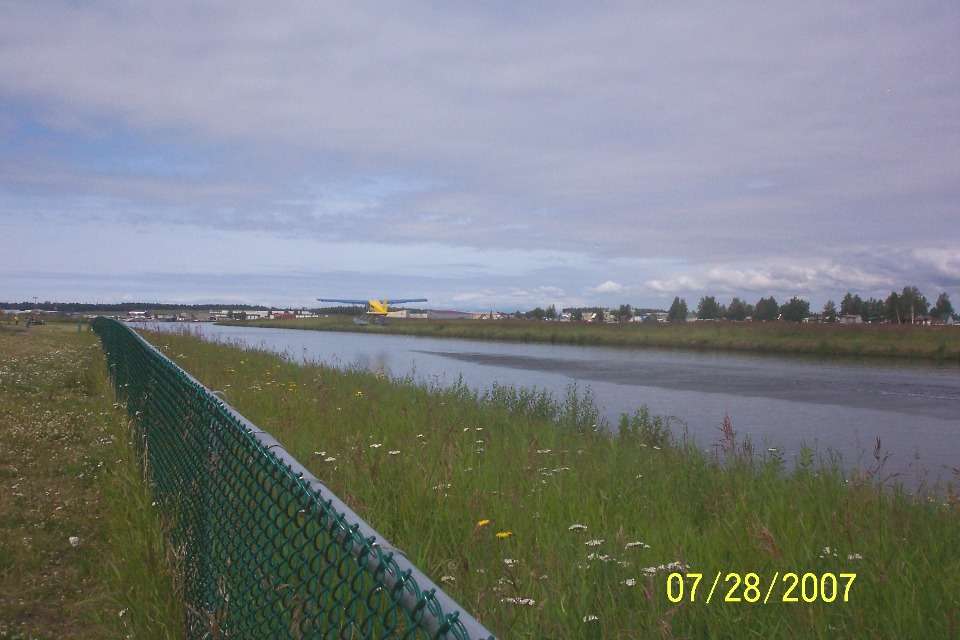