July 22, 2007:  Day 3 continues into Canada as the Cessna 182 approaches Whitecourt, Alberta seen here on the right side of the airplane just over five miles away to the northeast.  Wendell and Terry took virtually identical pictures of the town. 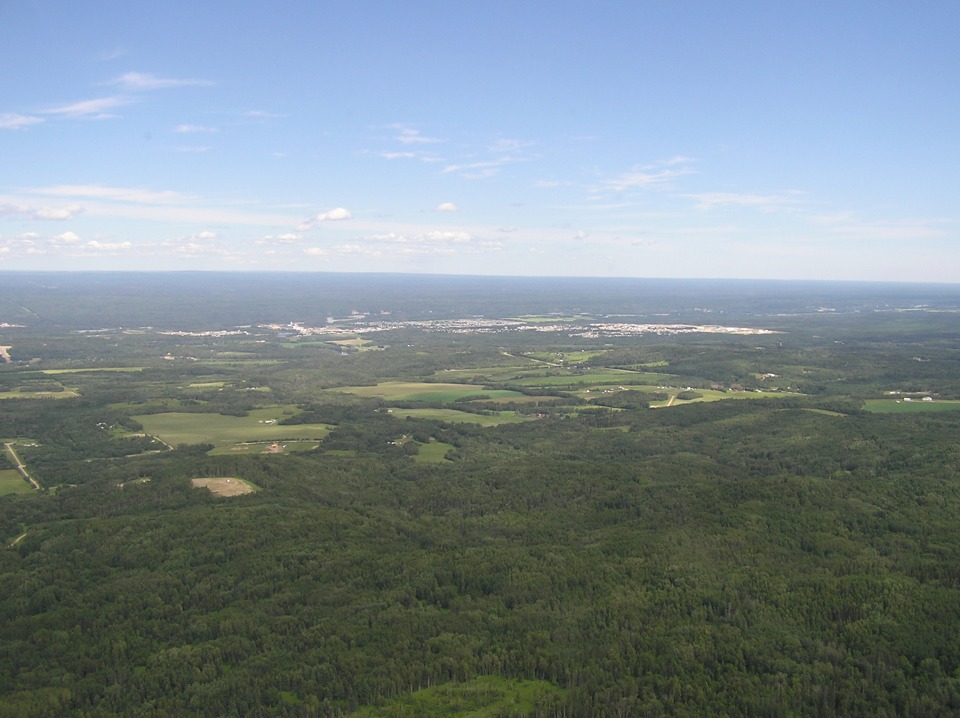 Wendell took this picture showing the McLeod River that joins the Athabasca River at the city.  This photo is taken while flying the base leg on approach to the Whitecourt Airport up ahead and to the left, out of this picture. 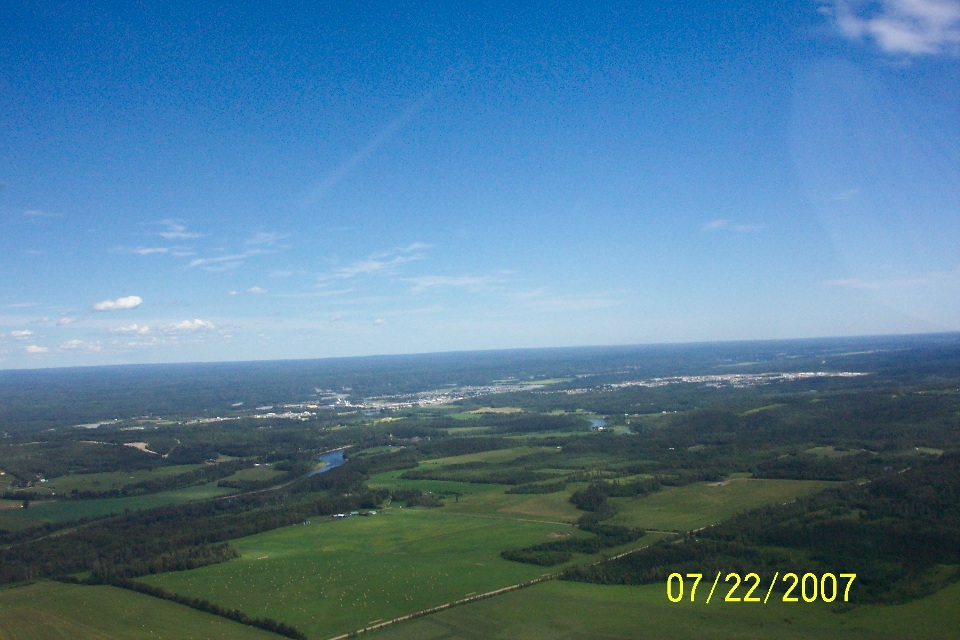 Here is the final approach shot to Whitecourt Airport.  Take notice of the two pairs of visual approach slope indicator (VASI) lights on the LEFT side of the runway near this end. 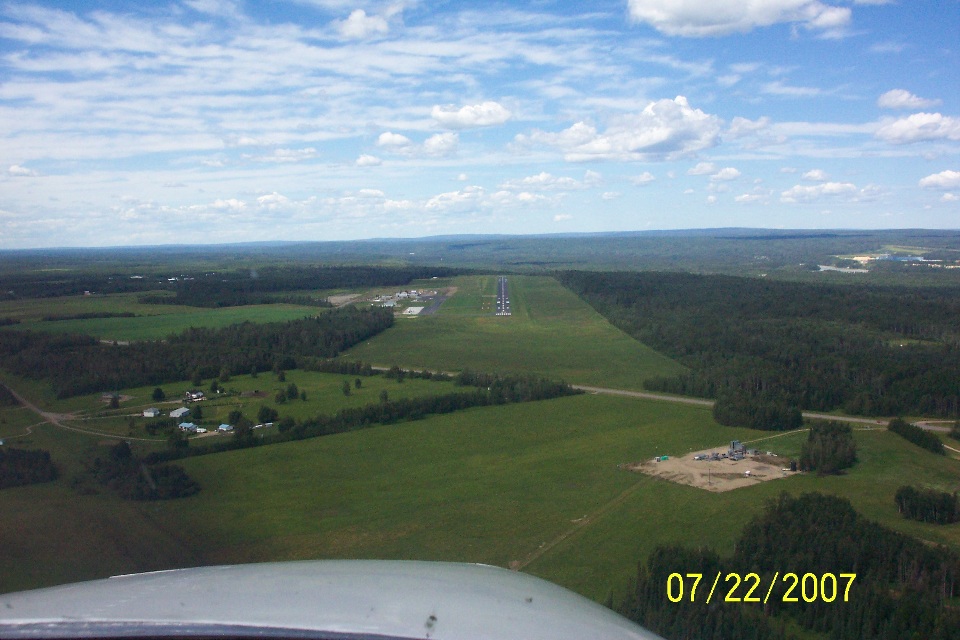 This is Wendell's photo with a view of the fuel ramp at Whitecourt.  The GPS data point shows the airplane shut down on the ramp for fuel at 12:19 PM Mountain Time here at Whitecourt.  Terry said they did not go for lunch, but just ate some snacks.   He indicated they kept a cooler accessible in the back seat with cold drinks in it.   A can of nuts was Terry's snack of choice, but Wendell had several bags of peanut M&M's which they both shared from time to time. 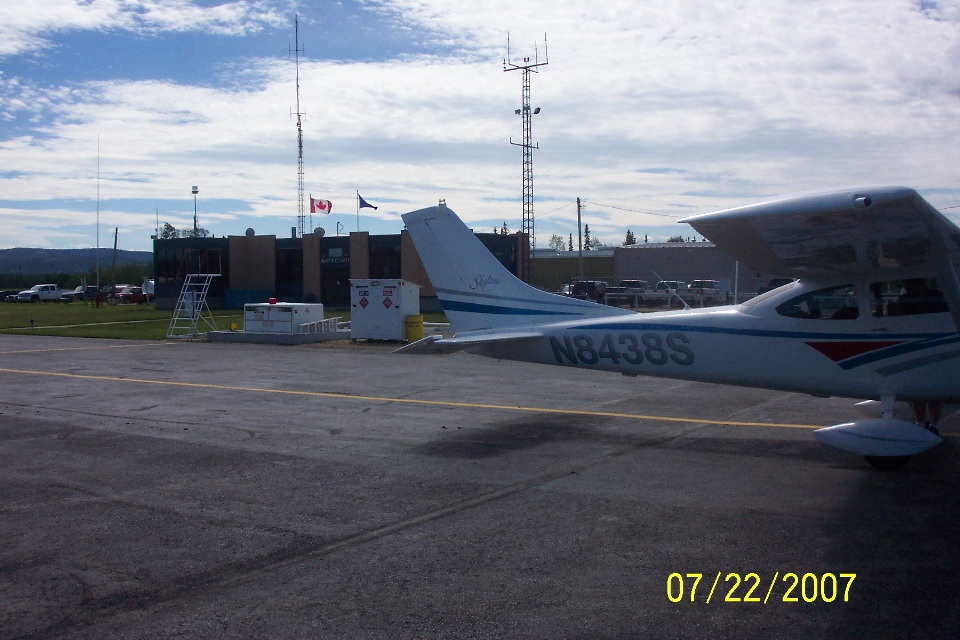 Again, the difference in the exposure settings of the two digital cameras becomes evident in this photo taken by Terry. 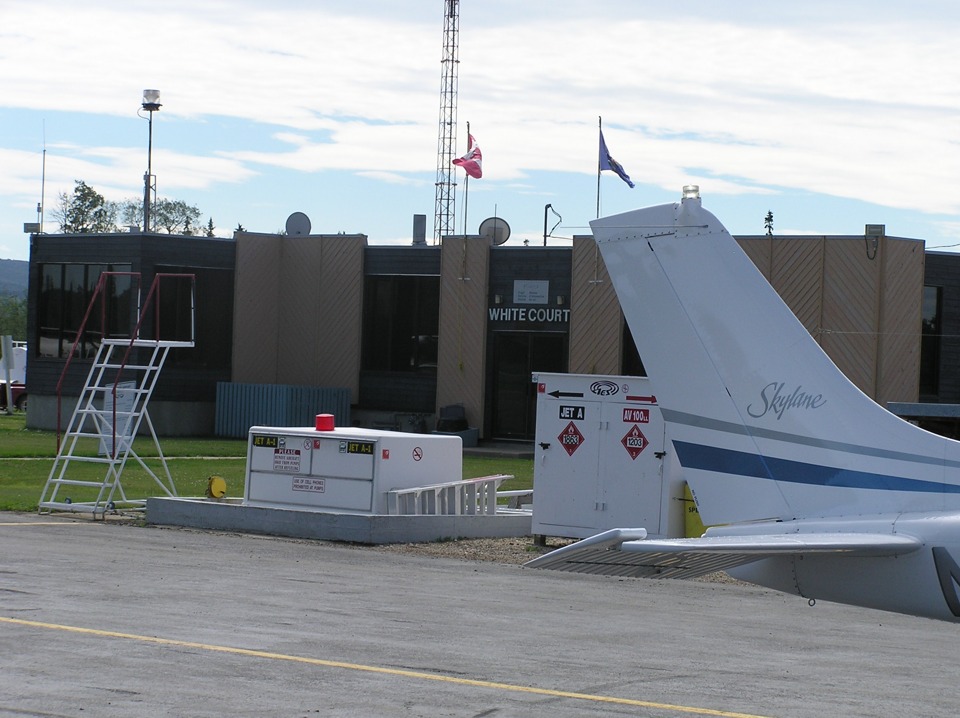 Terry also turned his camera in other directions to give us an idea of the ramp here at Whitecourt.  This is looking southeast in the direction from which they landed upon arrival.  Runway 29 is the thin white line in front of the trees seen just to the left of the twin-engine airplane near the middle of the photo.  Look at the grass on the left side of the ramp down by the twin and beyond the end of the ramp also left of the twin.  Can you see the two pairs of VASI lights?  Look for boxes, not lights.  The lights only shine upward toward approaching airplanes. 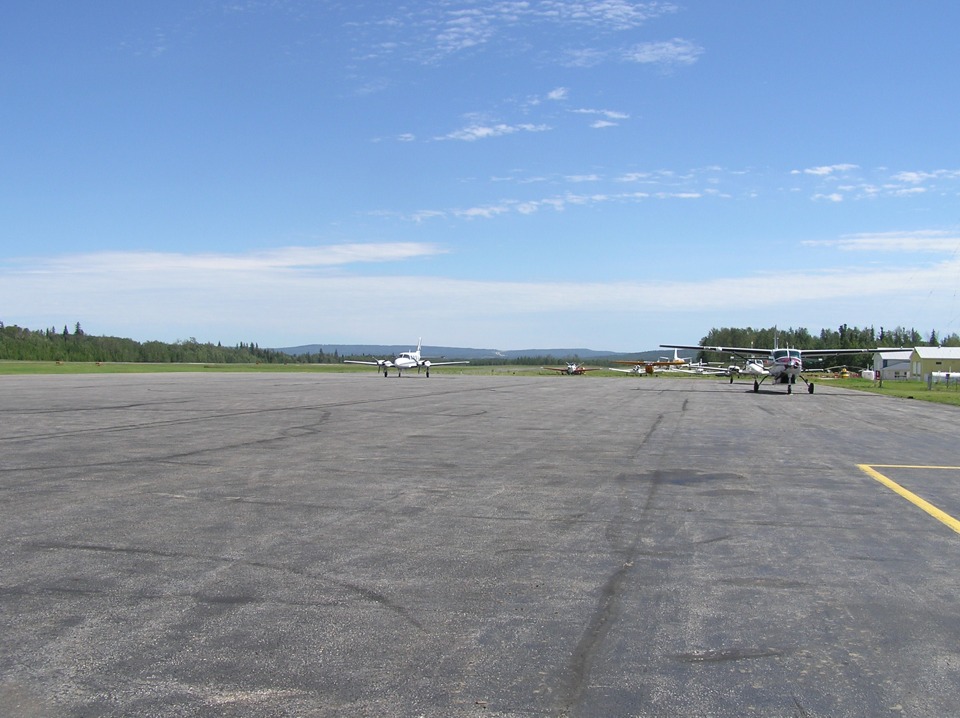 This view is looking northwest parallel to runway 11-29, which is the only runway here at Whitecourt.  Terry took this photo looking forward from just behind the right wing of the Cessna 182.  Look just past the right side of that yellow fuel truck at the other end of the ramp.  That white thing before the trees is a VOR transmitter operating on 112.5 MHz. 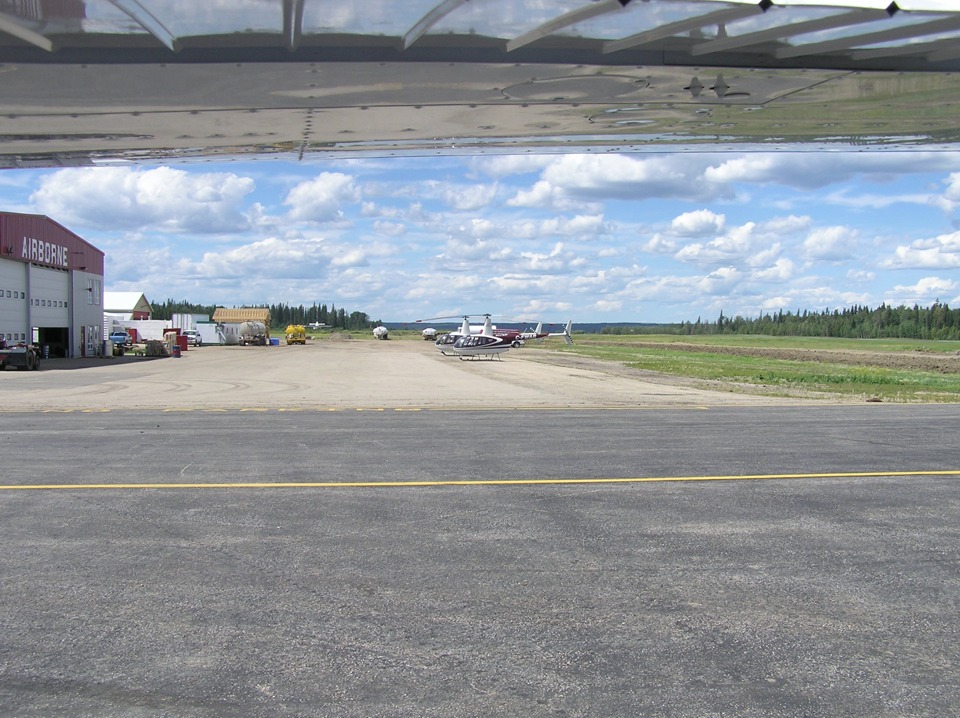