July 24, 2007:  Day 5 continues westward following the Alaska Highway.  This view of Kluane Lake looks northwest along its 32-mile length.  The bright red bug splat on the windshield gives you an idea of how low they are flying along with the highway.  Take a look at the orange exposed face on the side of the mountain ahead on the opposite side of the lake. 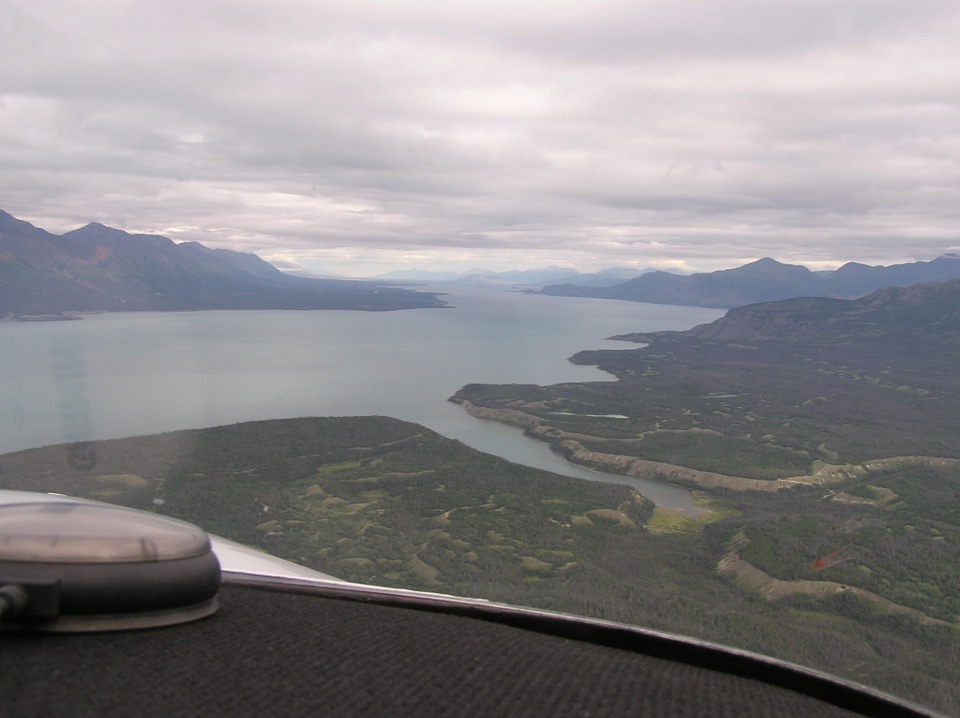 Terry got this photo of the mountain side after they crossed to the west side of the lake to follow the highway northbound. 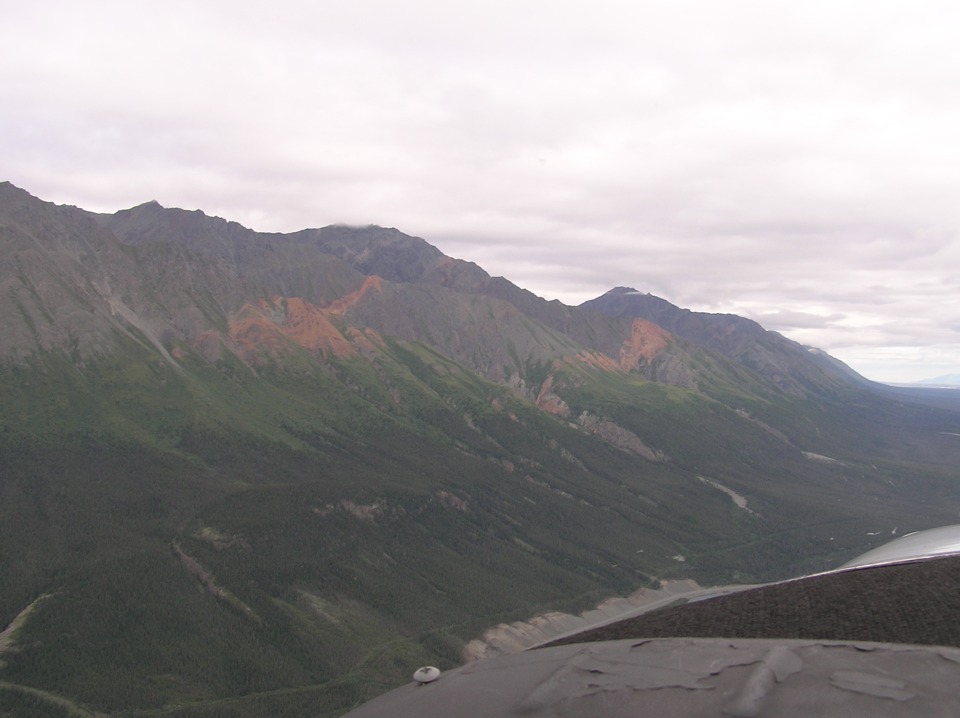 Wendell got this shot as they passed the exposed face of the mountain. 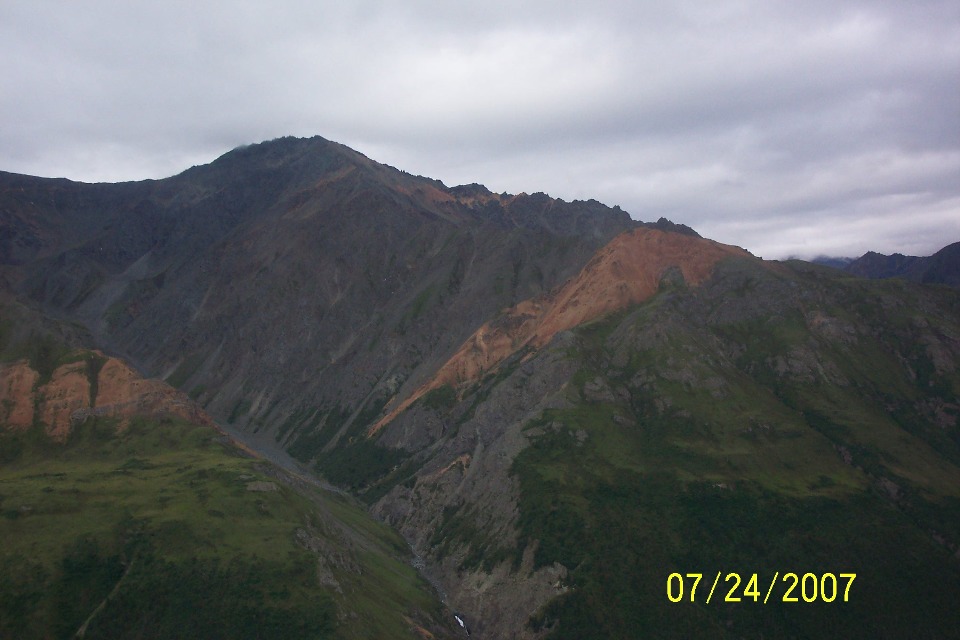 Terry's shot taken a few seconds later is zoomed in a bit closer to show more detail.  It reminds me of the red clay of North Georgia where I grew up. 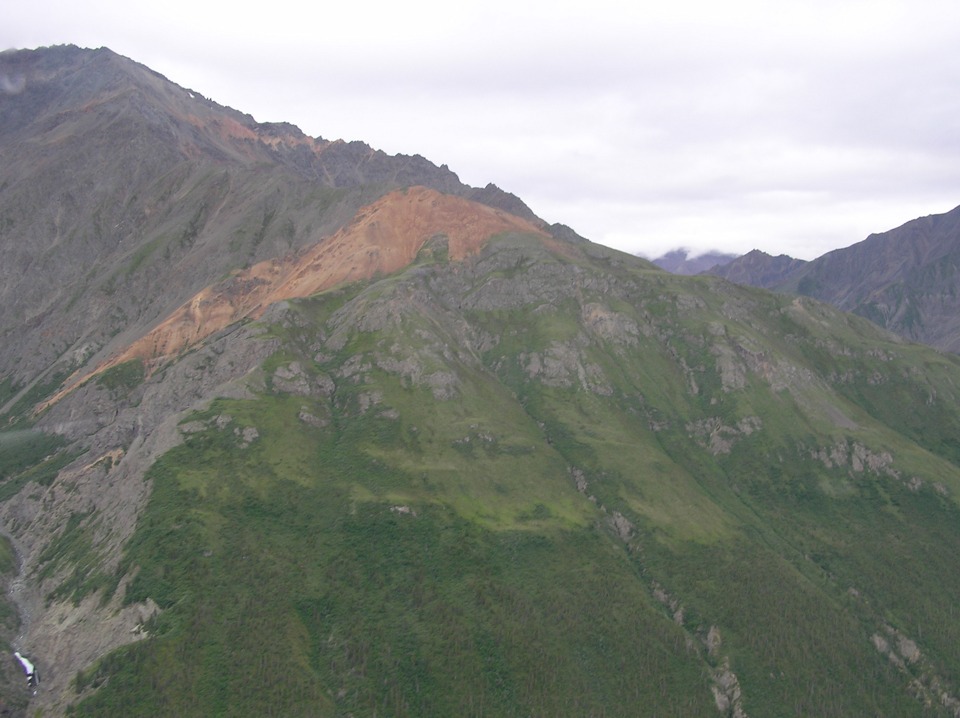 Terry turns his camera back to the course ahead.  The highway is close to the shore line, while they fly a bit closer to the ridge line. 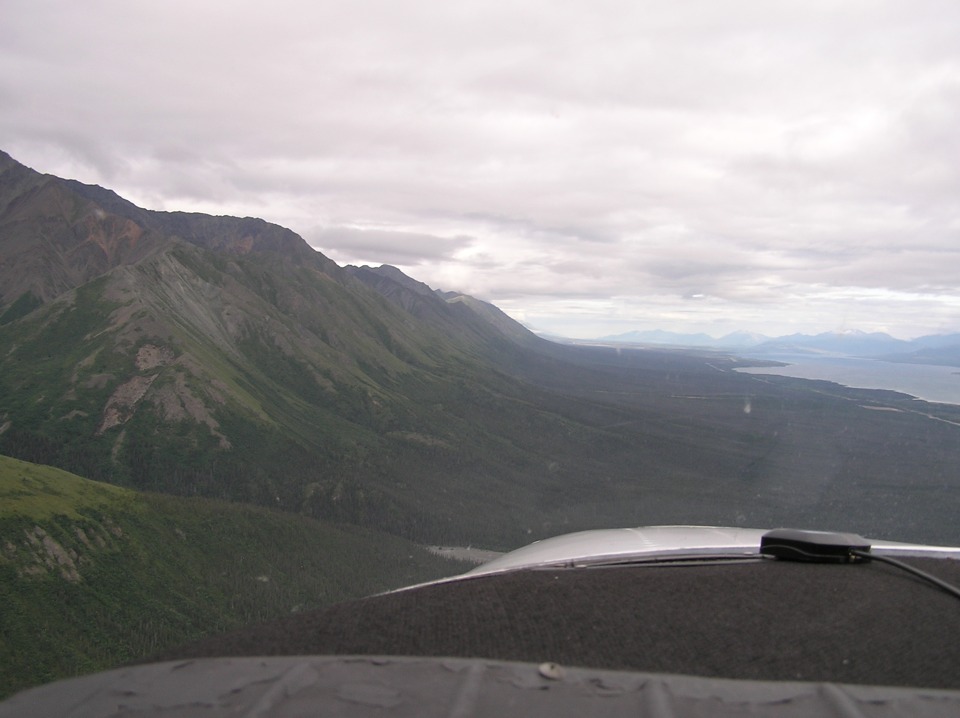 A quick look to the left reveals this deep gorge in the mountains carved by a river flowing into the west side of Kluane Lake. 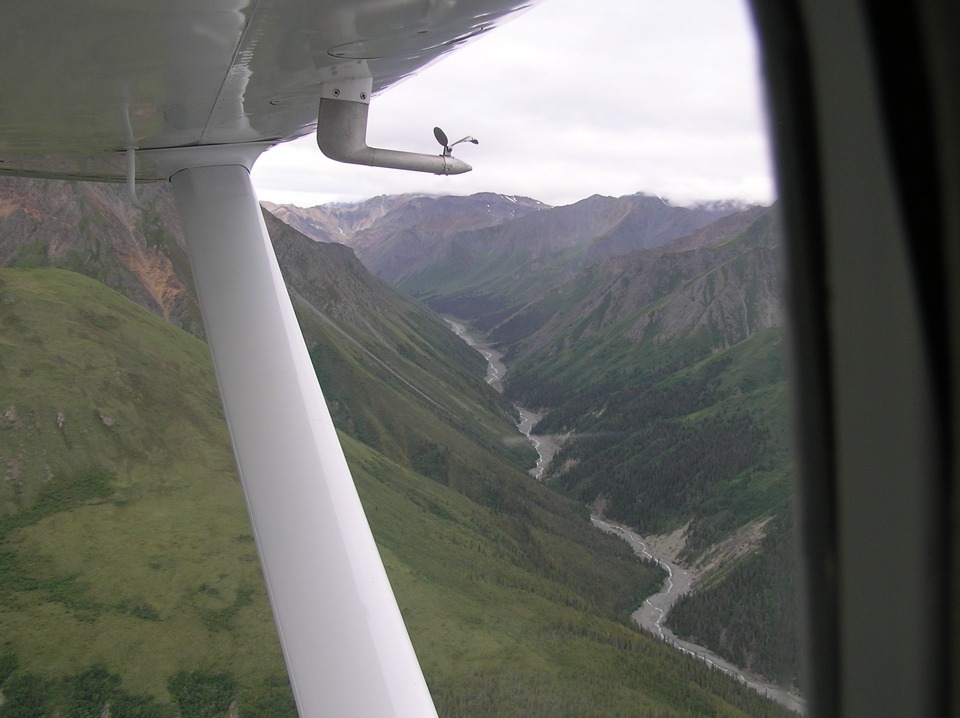 There is some civilization here as well.  The village of Destruction Bay is further up the western shore along the highway. 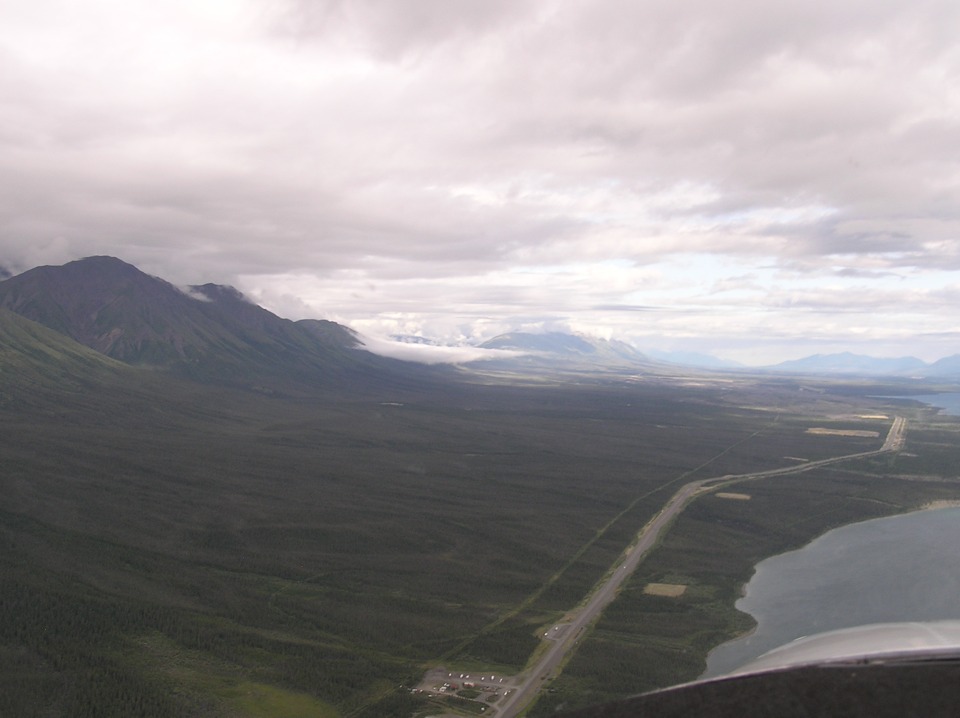 Burwash Airport is located at the north end of the lake. 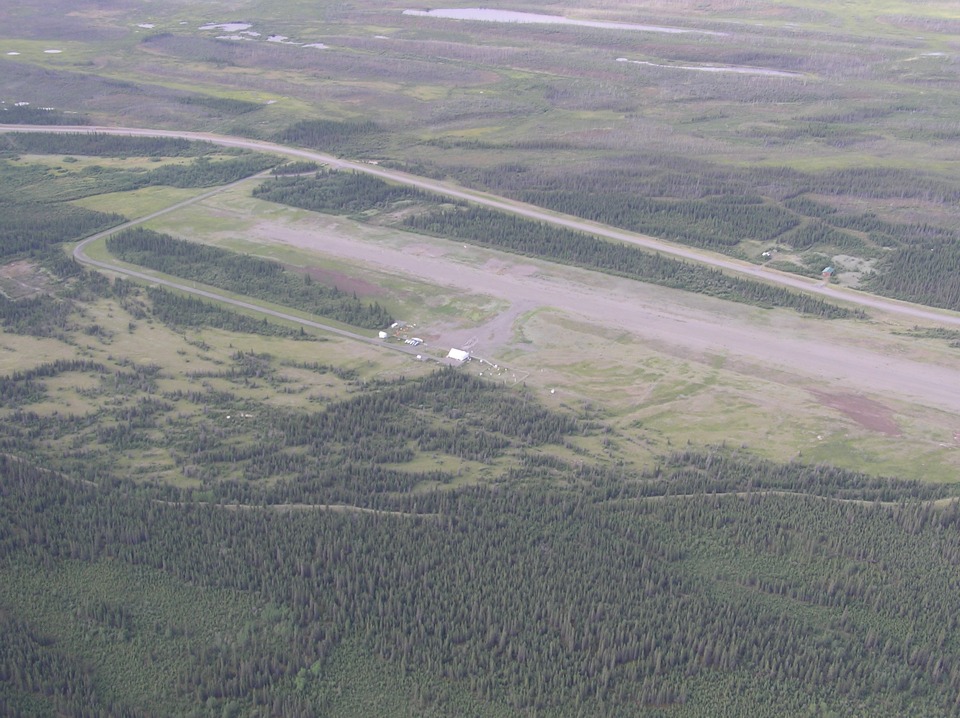