July 24, 2007:  Day 5 continues following the Alaska Highway which is now Alaska state highway 2.  That is the highway off the right side of the airplane at the top of the photo.  Down on that lake below, a float plane pilot is stirring up some waves on the lake to make it easier for him to break the surface of the water on takeoff.  I get the idea he wants to stay clear of the algae floating on the surface of the lake.  This location is about 20 miles northwest of the airport at Northway about 10 minutes after takeoff.  The departure from Northway was at 11:48 AM Alaska Time. 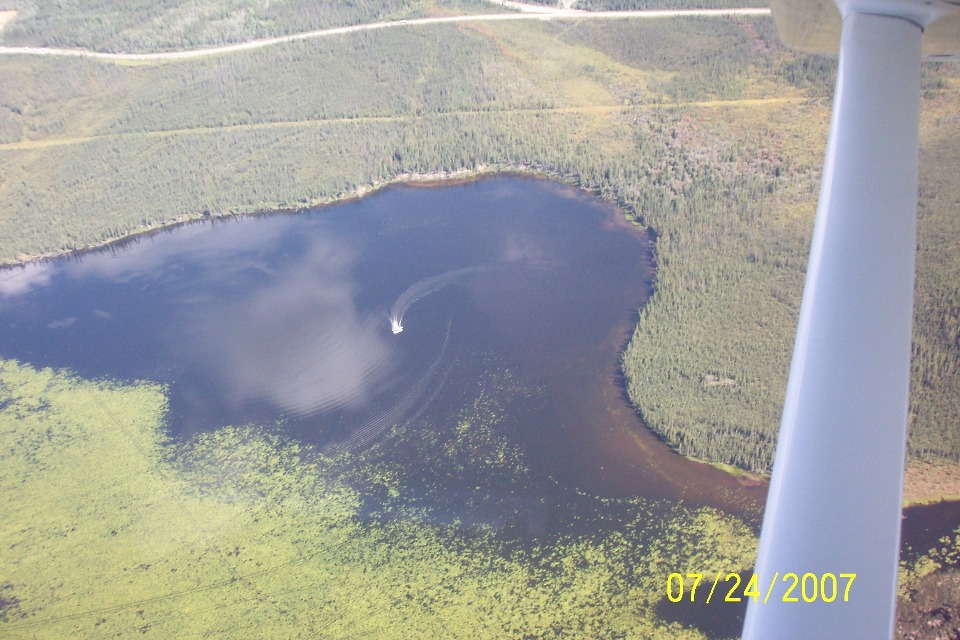 From a long wide valley across the most northern part of the trip, the guys start turning southwest to follow Alaska state highway 1 toward Anchorage.  This photo was taken by Terry not too far from Tok Junction, Alaska. 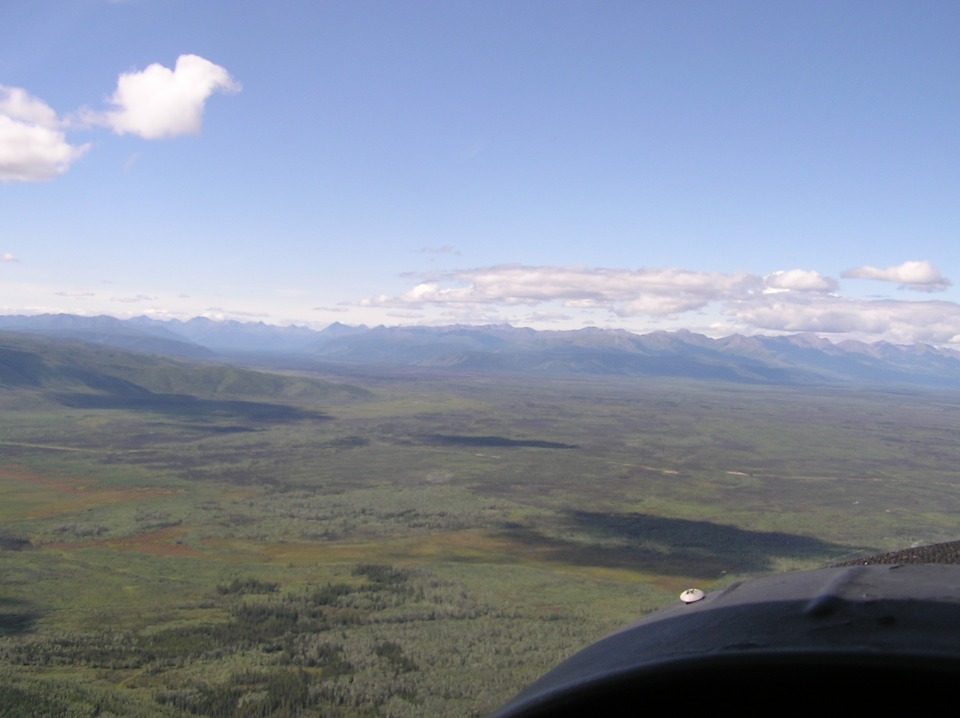 This next photo was taken almost immediately by Terry to provide a panoramic view ahead.  That very straight highway is Alaska route 2, "The Alaska Highway" they have been following all the way from Dawson Creek, British Columbia.   It had other highway route numbers over on the Canadian side of the border, but now it is Alaska Highway 2 and it is heading for Tok Junction in the center of this photo.   The Alaska Highway will continue ahead to Fairbanks, Alaska.  Our two travelers will be following Alaska state route 1 to the left and southwest to Anchorage.   This new route is named "The Glenn Highway" for the remainder of the trip to Anchorage.

This Alaska sectional map segment should put things into perspective here in the Tok Junction area of Alaska.  They flew up from Northway at the bottom right corner of the map to a point near Tok Junction, then turned left to follow the Glenn Highway.  That valley floor was fairly broad and flat until they started southwest into the canyons that are the path of the Glenn Highway, Alaska route 1.  The GPS coordinates from their ground track report the farthest north they traveled was at 63 degrees 17.638 minutes north latitude and 142 degrees 43.613 minutes west longitude. 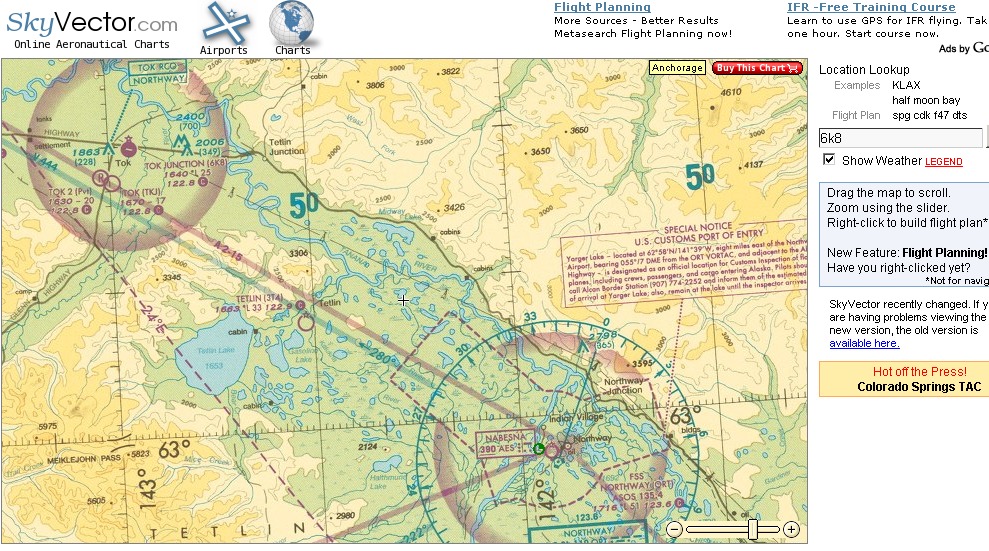 Here is the view of the Glenn Highway in the canyons ahead on its long trip to Anchorage.  Terry shot three pictures in rapid succession at this point.  I chose this last one of the three since it shows the highway better than the other two.   The little lake in the foreground is not significant.  There is a much larger lake hiding behind the mountain just beyond the highway curving to the left ahead.   That lake is Lake Mentasta. 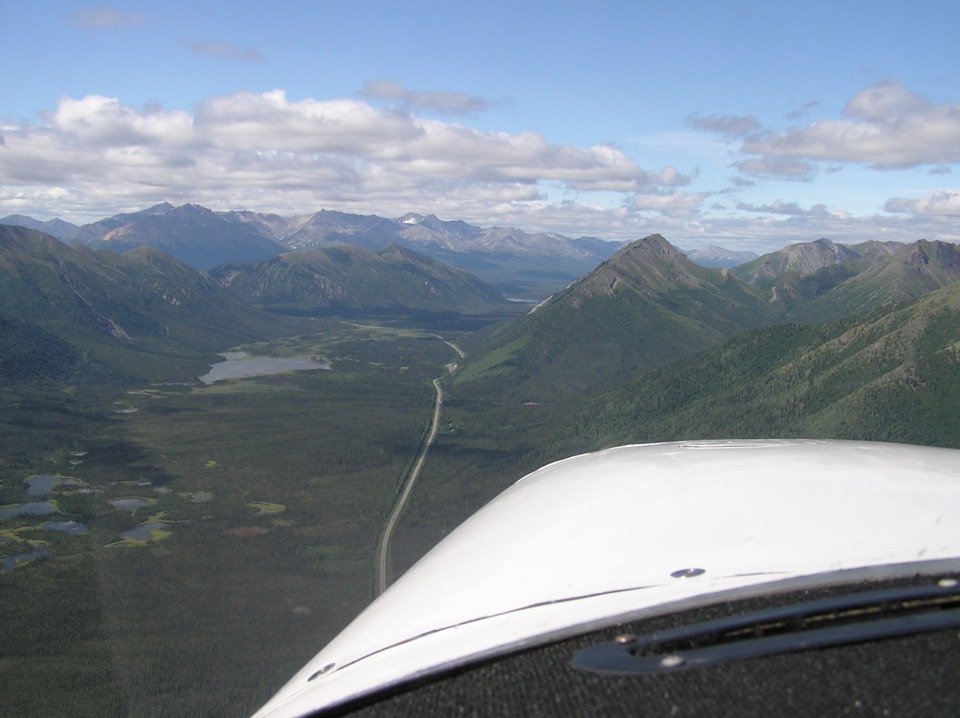 Wendell took this shot at about the same time looking at the mountains to the north of their flight path.  They were on a westerly heading at this point in the flight, about 10 miles east of Lake Mentasta. 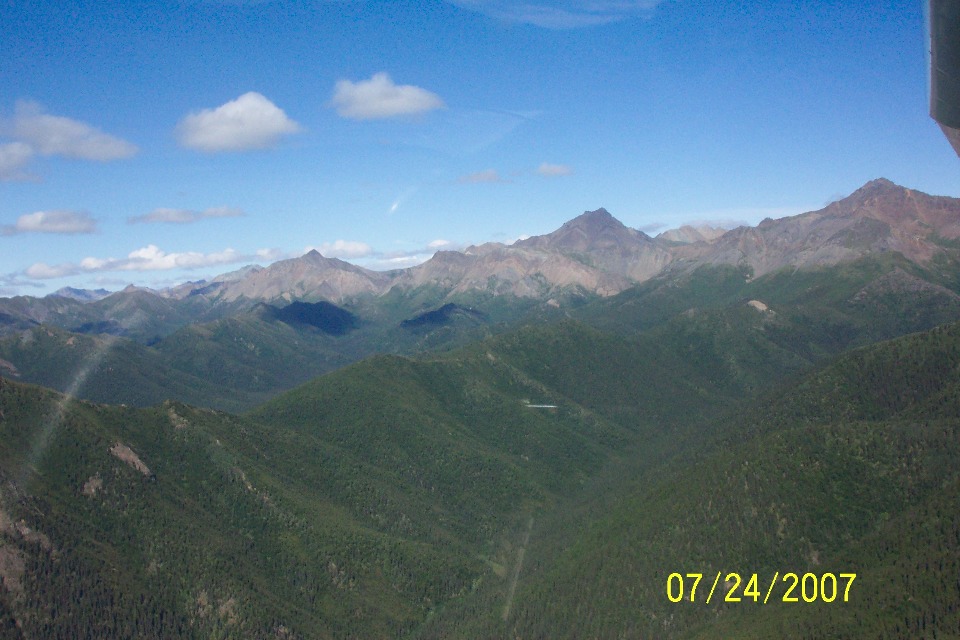 The winds were calm in this area.  Terry took one of his circling detours to get a good look at the scenery here.  He flew a bit close to the mountain side for Wendell as he snapped this picture out the right window.  The reflection in the window shows the Alaska sectional map unfolded on Wendell's lap.  The shadow of the Cessna control yoke and tube are on the map.   All that dark green foilage outside is the side of the mountain nearby. 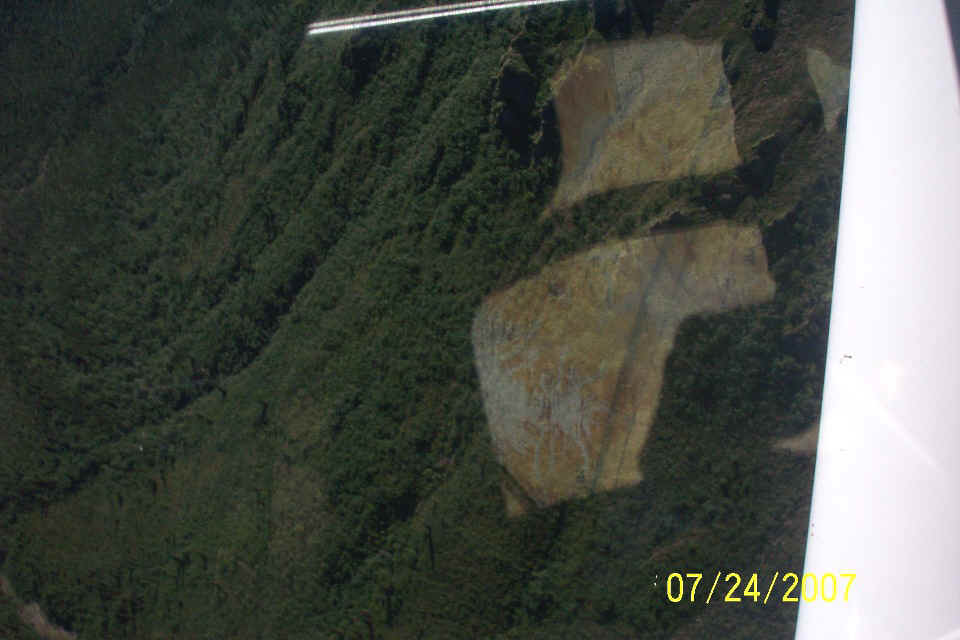 Here is another view of the Alaska sectional map that covers this area. 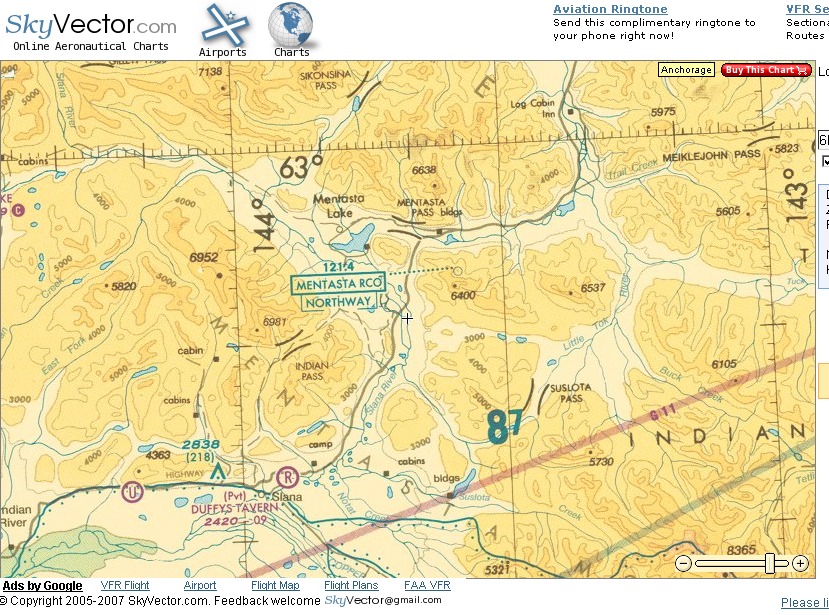